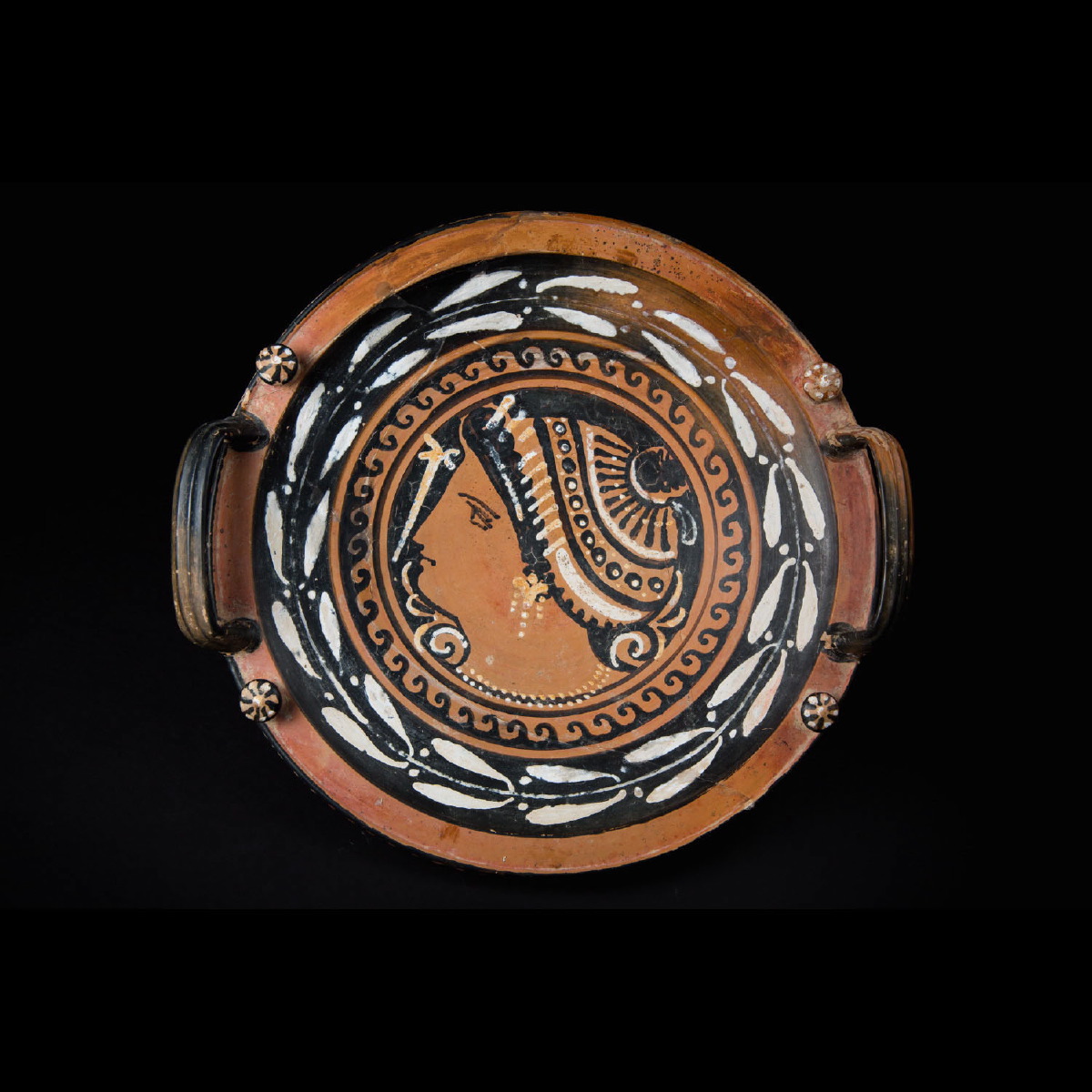 A terracotta plate of a big size decorated with the “red figure” style. The red colour is due to the high quantity of iron oxide present in the clay. To obtain the black, potash was generally added, which, once fired at 900 degrees, would give this impermeable and metallic black. In fashion amongst the Athenians after 550 BC, this technique consisted of reserving the motifs, which would remain red, at the bottom of the object while the details were painted later. At the same time, they preferred human and mostly feminine representations in the place of heroic scenes judged too violent. Good condition. Some restoration and repairs due to age.Apulia in southern Italy. The red figure technique was an Attic (Athenian) invention that replaced the black figure production of Corinth. The most famous school of southern Italy was in Taranto; it was formed following the arrival of the Greeks in the region starting in the 5th century BC.