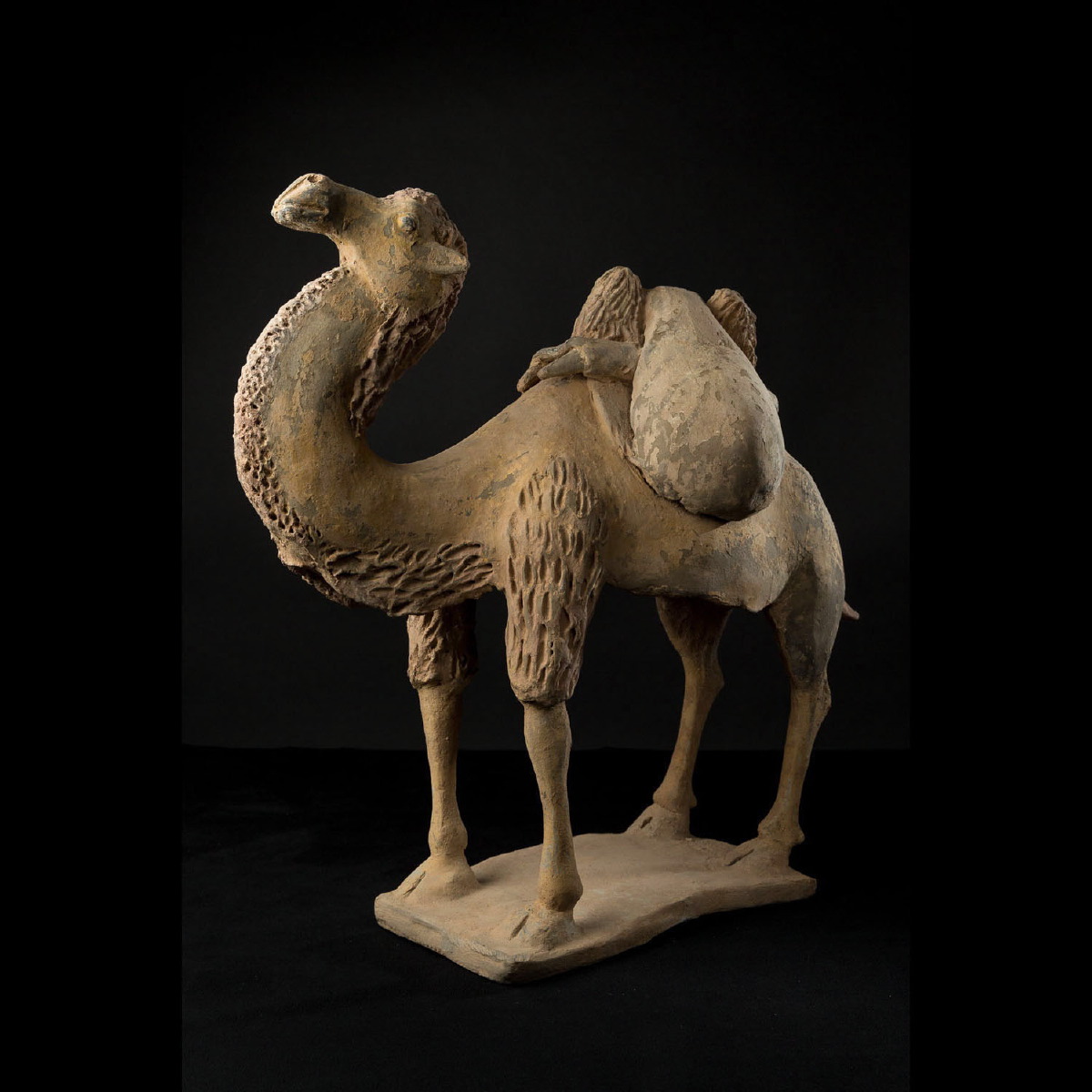 Terracotta camel with remains of a yellow slip. The animal has a proud allure and stands on a rectangular terrace: with its head raised, it carries its bundles on saddles placed on an oval saddle coat. The wool of this camel from the cold regions is represented with hyperrealist work that was in fashion from the 6th century.
General good state of preservation, some probable old restorations.
The camel originating from the deserts of Central Asia was catalogued as Bactrian by Linnaeus (Linné) in 1758. The camel, with its two fatty dorsal bumps, was a very important animal for the Chinese economy. It was widely used as a draft animal, for mounting and for transporting goods all along the Silk Road; its meat and milk (always fermented) were consumed and its much-appreciated wool was also woven. Standing roughly two meters high, they were recognised in China since the Han period (200 years before and after Christ), a period when the emperors used them for their resistance as a postal service on the borders of the desert.