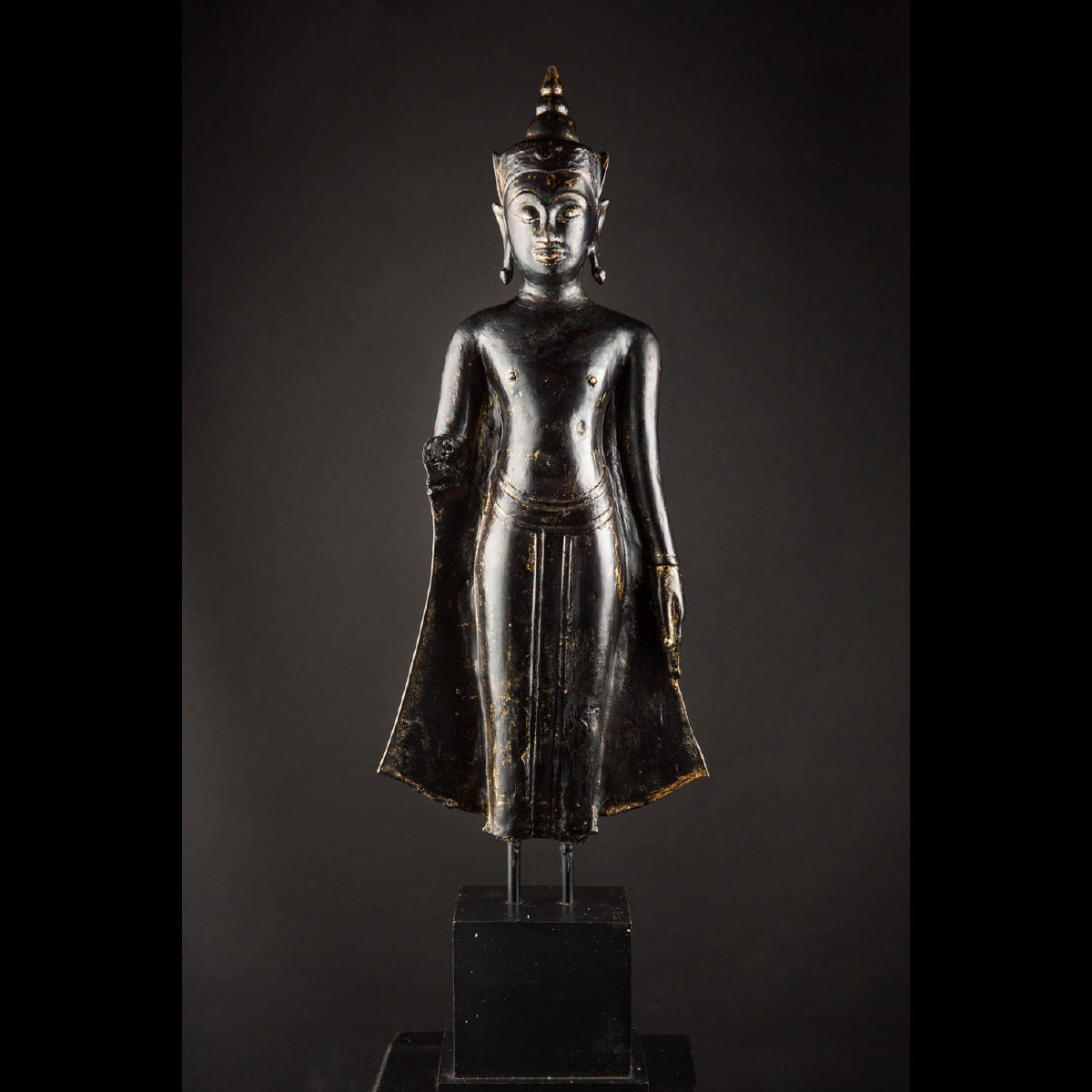 Buddha in bronze covered in gold leaf that has been partially covered with a black painting and tarnished, sculpted in the round. Some remains of the ancient gilding still visible. The object is upright on a base, the right hand probably making the sign of the absence of fear (abhayamudra although it is missing. In accordance with the canons of aesthetics at that time, the Buddha is slender, the face oval, the eyes half closed and the eyelids discretely rounded. The sharply-arched eyebrows begin at the slightly hooked nose and the curly hair falls in spikes over the forehead. The hemispheric ushnisha is surmounted by a flame. The piece underwent old restoration work, notably on the neck and on the base, and an arm is missing today.
Ayutthaya, meaning “impregnable fortress” in Sanskrit, was founded in 1351 as the former capital of the kingdom of Siam and was destroyed by the Burmese in 1765. Called the Venice of the Orient, it is said that in the 16th century it was as big as London. Buddhism was declared the official religion in 1360 by the king Ramathibodi who invited monks from Ceylon to come spread the religion among his subjects.