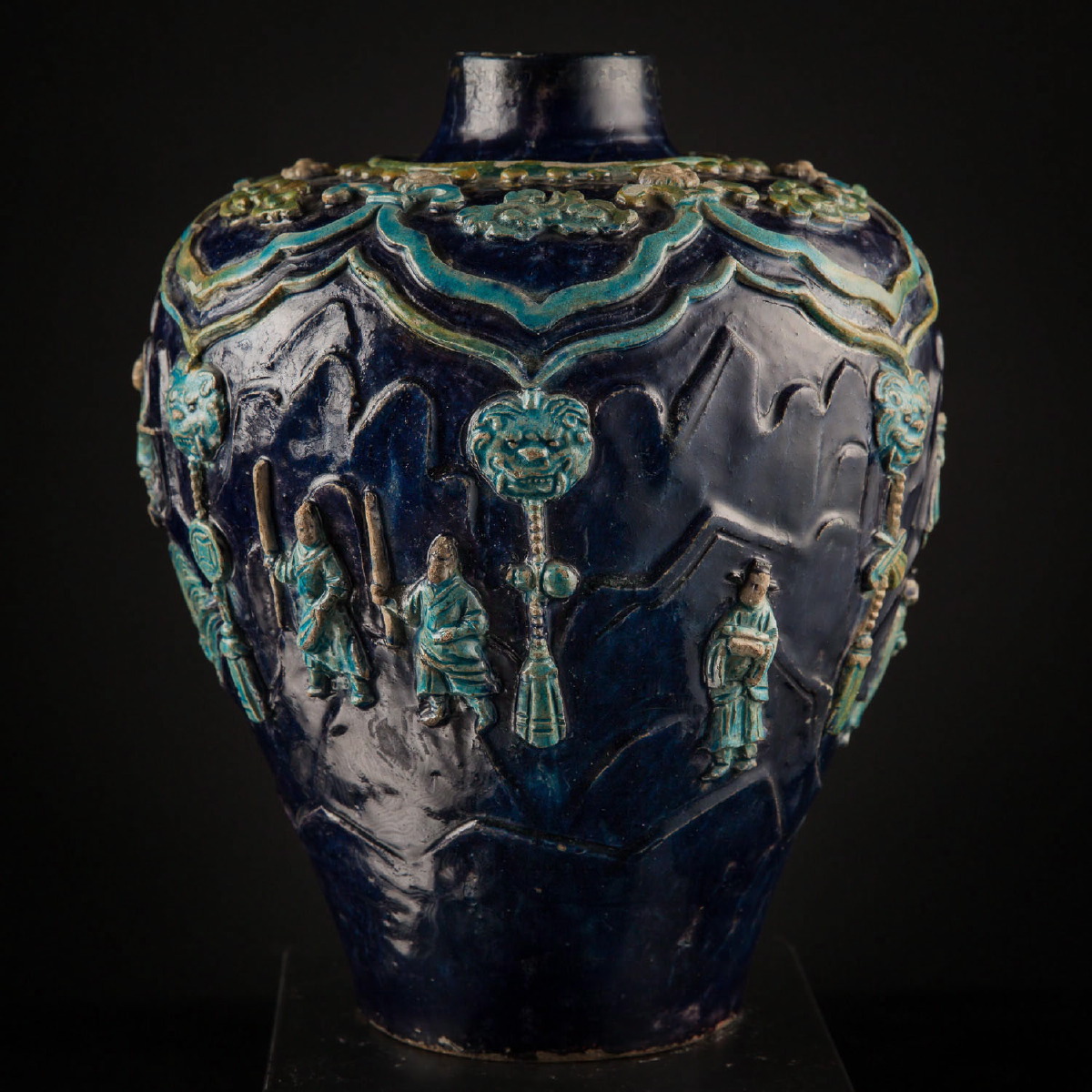 Fahua means “a defined decoration”,  or “design with borders”a term used from 1920.  There is no mention of Fahua style in Ming literature. There are two types of Fahua Ceramics. There is Northern Fahua and Southern Fahua. It is hard to determine which came first as they both started showing up in the Yuan Period at about the same time. Thick ceramic vase of baluster form, with a narrow neck covered in an alkaline glaze cooked at 800/900 degrees. The pansu body is adorned in relief with a passementerie pattern bearing heads of taotie monsters hanging from chains. The neck is decorated with a nuyi style collar. Characters in a mountainous landscape are placed around the vase, a horizontal pattern typical of the oldest fahua. The background is of a sancai style fahua night blue, while the decorative elements are painted in turquoise, green and yellow, belonging to the colourist repertoire that is typical of these vases.
This style of decoration aims at resembling cloisonné metal. Fahua vases were produced since the 14th century under the Yuan Dynasty, in the province of Shanxi in Northern and Southern China probably in Jingdezhen, the site of the imperial kilns, from the Ming era. It was often used to decorate objects for gardens, stools or large wine jars. This type of ceramic seems to have been exported very little and the seals of reigns are non-existent. John Davison Rockefeller, one of the richest men in the world, was one of the most generous donors to the Metropolitan Museum. A great collector of Chinese ceramics, it appears this vase was one of the 74 pieces that were given during his succession in 1960.