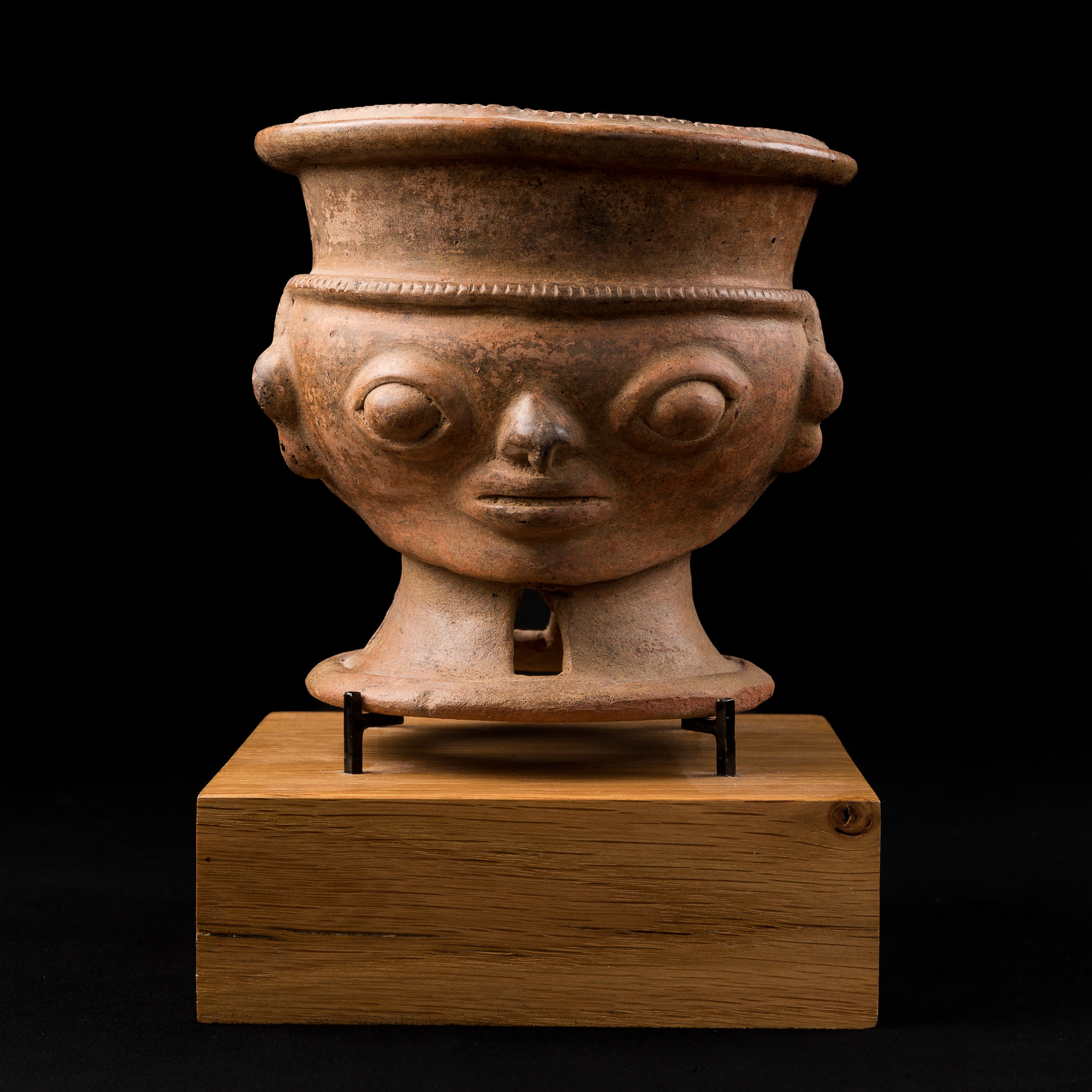 This vase is made of an orangey terracotta with a subtle shiny finish due to patina. The form is that of a head, with two prominent eyes, nose, mouth and ears. A band on the upper section of the vase constitutes the shoulder of the vessel and is finished by a flange of approximately 1 cm in thickness. The base is flared in shape and has four rectangular holes evenly dispersed around the perimeter.

Colombia.
The Narino culture is situated in south-western Colombia, near the equatorial border, in an area commonly referred to as Capuli by archaeologists. Their name refers to the nearby mountains of Narino. This culture is known for burying their chiefs 30 to 40 metres underground. They also had trade relations with the inhabitants of the Amazon and the Pacific coast. The Narino people also worked with gold using principally the method of beating to work it. Contemporaries of this culture, the Partials were renowned for the exceptional pottery design, as well as wooden objects and jewellery. It is their descendants who inhabited this region during the time of the Spanish conquest. They have been exterminated by the troops of Sebastian de Belalcazar.