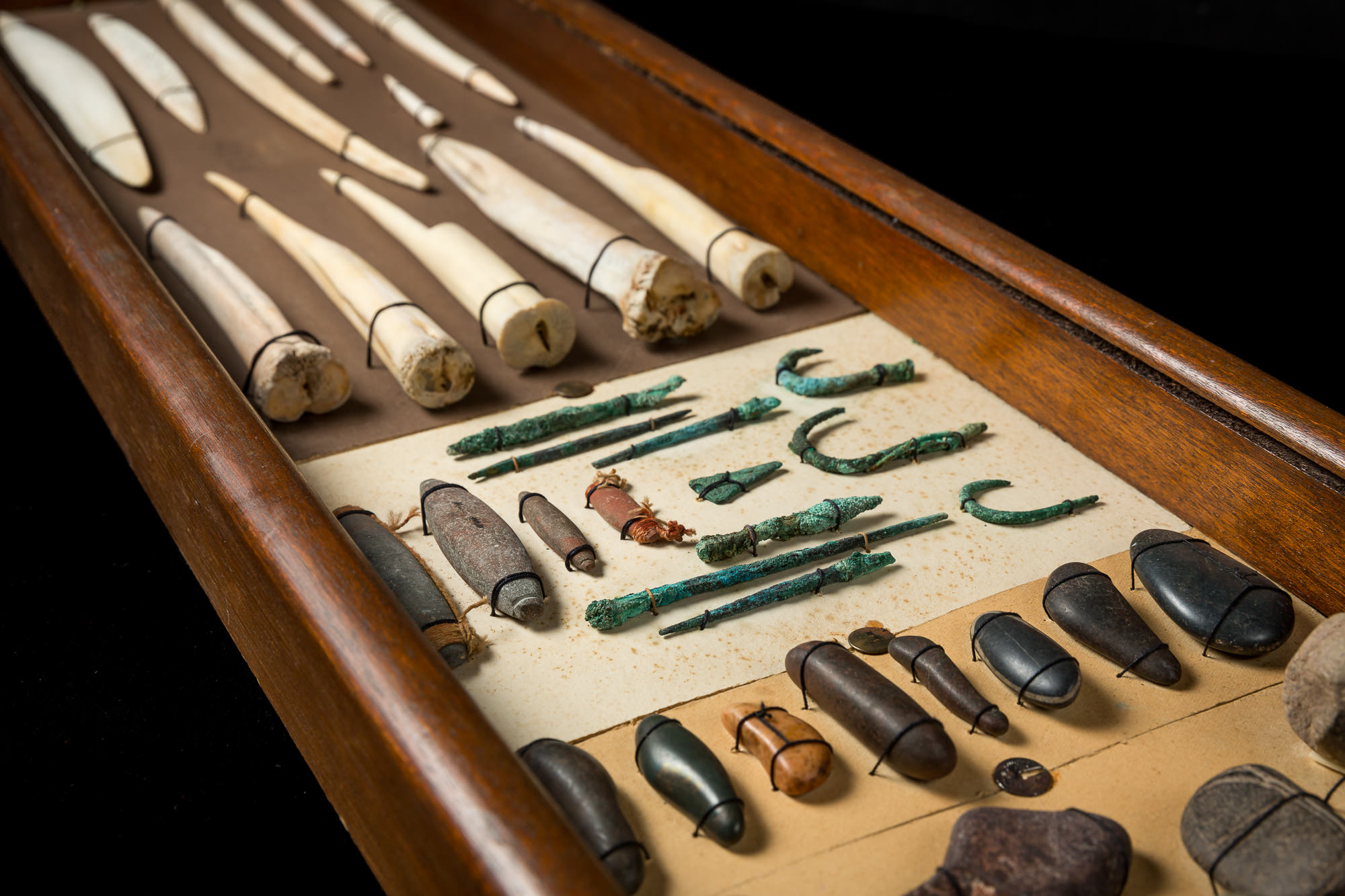 Rare collection composed of a flute, spatulas, inhalers, spears of harpoons, arrows and arrowheads. A fine example of various objects belonging to the everyday lives of the natives and associated with fishing, shamanism, the human body, singing and agriculture. Excellent state of preservation.Northern Chile near the Atacama Desert, the Diaguita Culture. The Diaguita people inhabited the high Andean mountains, the valleys of north-western Argentina and the valleys of Atacama and Coquimbo in the north. The vestiges of their ingenious constructions called “pucara” still remain today. The origin of the Diaguita differs from the Andean peoples. They had ethnic affinities with the Huarpes and the Panpid. Their language, the kakan, is now extinct. There are nevertheless some words in the local spoken word of the inhabitants of northern Chile. Their livelihood included hunting, fishing, and farming and they also made marvellous ceramics.Their ceremonies were guided by a shaman priest and included the consumption of hallucinogens. The Diaguita communities were animist and governed by a political and military leader who alone had the right to be polygamous. There was no sacerdotal class, strictly speaking, however each village had a shaman priest who was responsible for religious rites and ceremonies as well as the health of the population. They worshiped the sun, the pachamama or mother earth, as well as the various forces of nature.