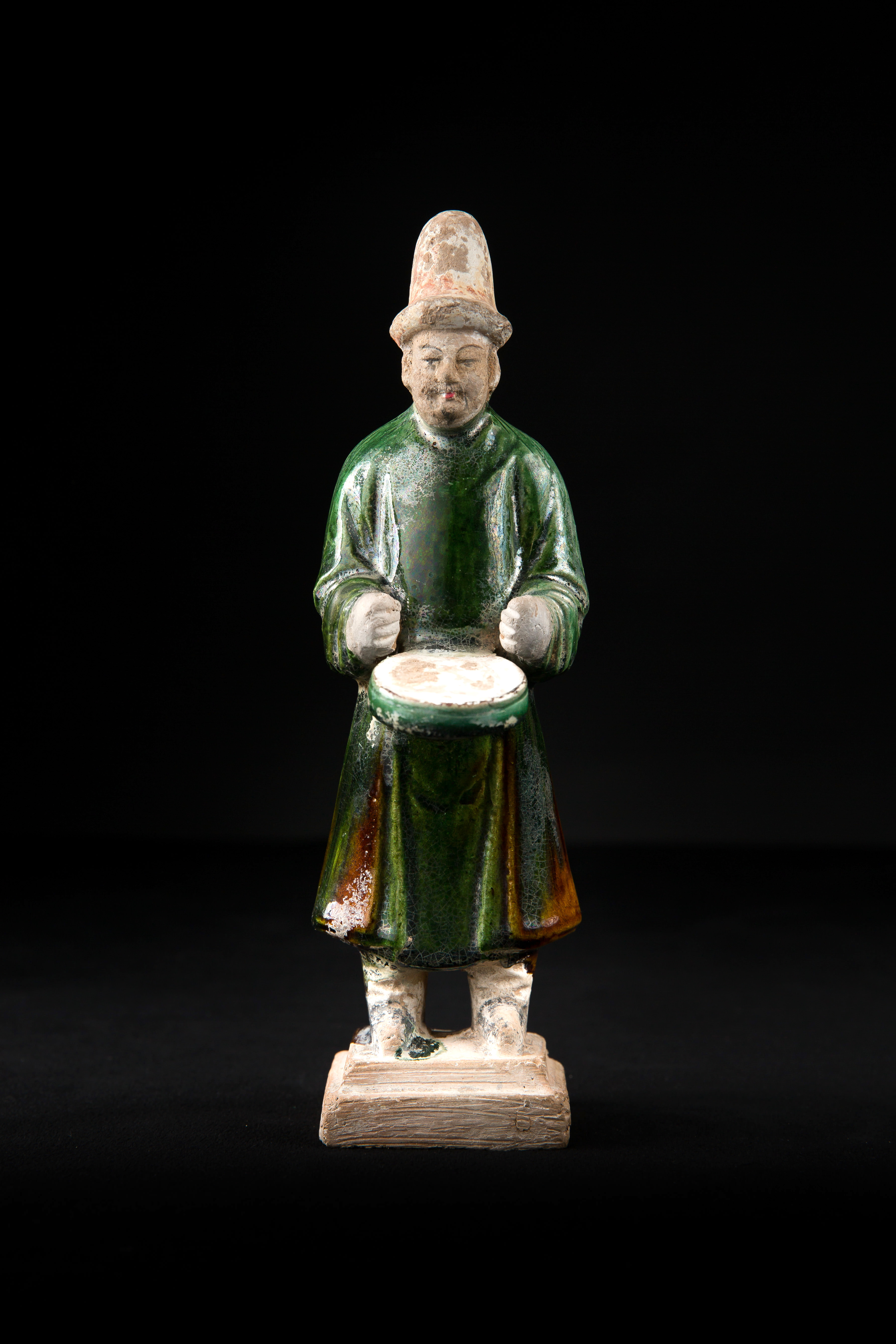 Fine terracotta statuette, moulded and standing on a terrace. This musician wears a draped coat that rises to the neck covered in part with a green glaze that contains copper. Some folded sides of his coat reveal a brown colour. He is wearing a hat with white and ochre polychromatic remains. He is playing a cymbal whose perimeter is also in terracotta covered with a green glaze. The hands have small openings that were intended for wooden sticks that did not withstand time.
These Mingki statuettes were designed for funerary rites and allowed the deceased to be accompanied in the hereafter by known representations of their earthly lives. The percussion instrument called Bo or cymbal, is composed of two discs of copper that are slightly conical in the centre. Wrapping the strap or silk ribbon that is attached to each disc around the hand, the player strikes them to produce sounds that have no set pitch. The big cymbals give off a loud a brilliant sound, while the small ones produce a sparkling sound. The instrumental ensembles were used for processions, under the Ming dynasty, which included wind instruments and sound percussions.