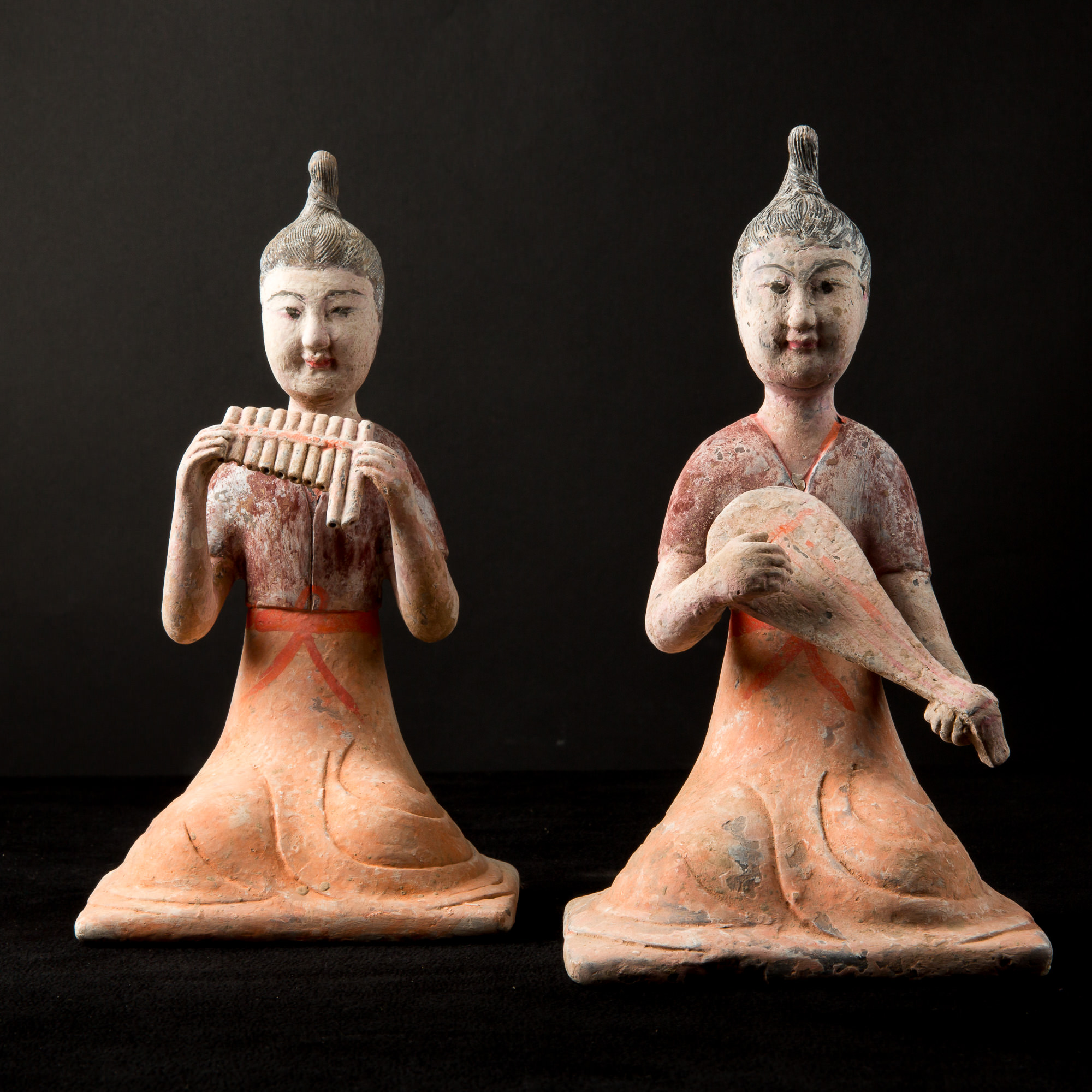 A lovely pair of musicians in kneeling position, each holding in hand a different musical instrument. The statues are made of moulded earthenware covered with an orangey slip. They are wearing a typical camisole of the era called a bambi, which is shown here in brown. Their hair is fashioned in the typical style of the time, a small high chignon bun placed on the top of the head.

Possible ancient repairs. Very fine condition.
The music of the Tang period adopted the customs of several minorities. It is called ‘Qingshang’ music when it includes traditional music dating back to the Han Dynasty. The ‘North Country’ and ‘Goryeo’ music were also in the fashion. All music of the era was composed to accompany artistic expressions of poetry such as song and dance in which the musicians and performers became the embodiment of grace and poise. Here they are depicted playing a sort of drum and symbols.