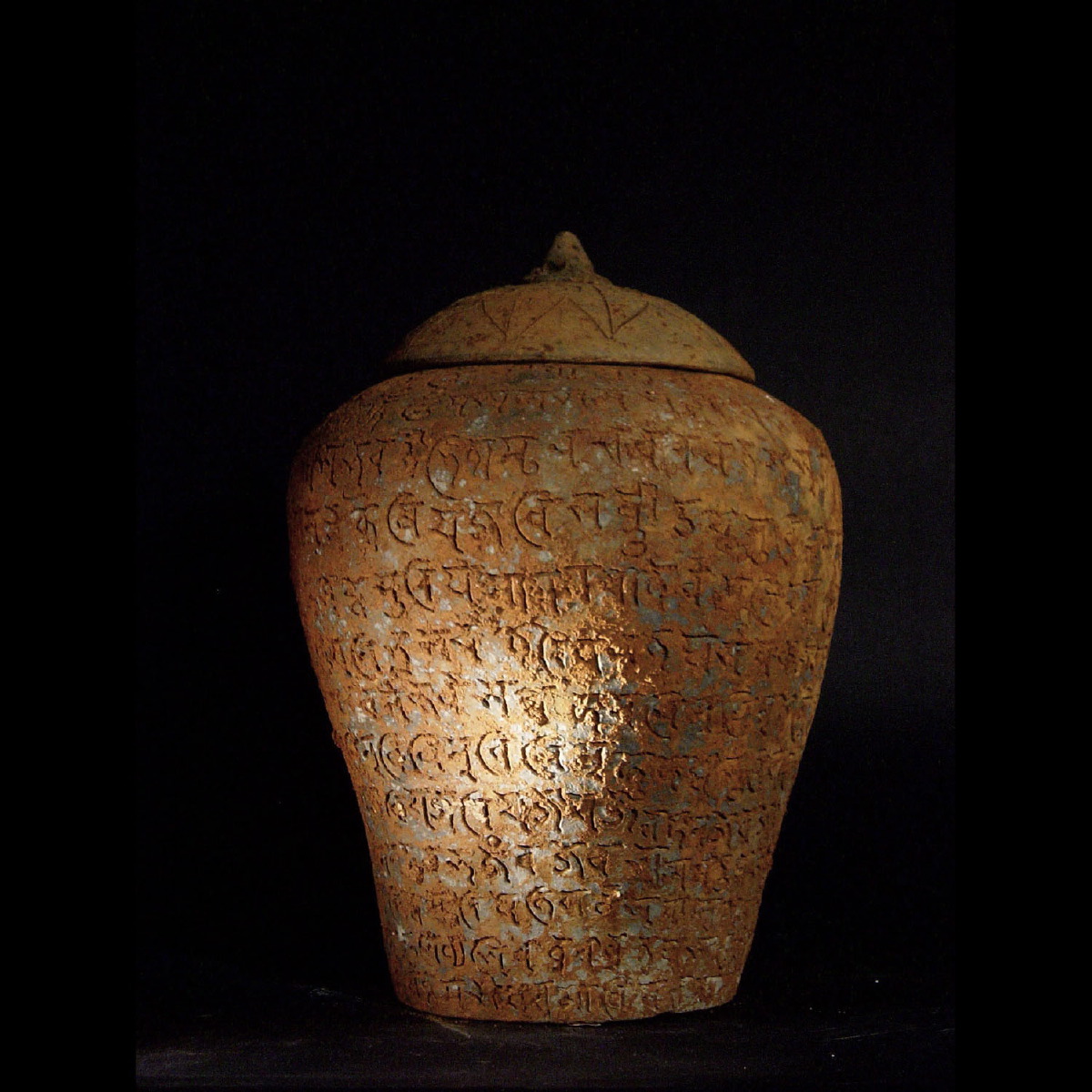 Grey terra cotta vase typical to Han culture covered in a very pretty rusty colour patina from the earth of the archeological dig. Ovoid-shaped vase entirely decorated with Sanskrit characters. Original lid. Good condition.This object was found in Hunan province. Sanskrit is an Indo-European language of the Indo-Iranian family, making it the ancestor of all Aryan languages. Spoken throughout the Indian subcontinent, it gave birth to many other languages to the north of India. A cultural and religious language, it very quickly became fixed 2000 years ago in an immutable grammar, which made it become a lingua franca, as Latin is for us. Sanskrit has no regular writing, able to be written by different semi-syllables representing different phonemes. British colonists imposed the Devanagari for western publications. It is still today the official language of India.