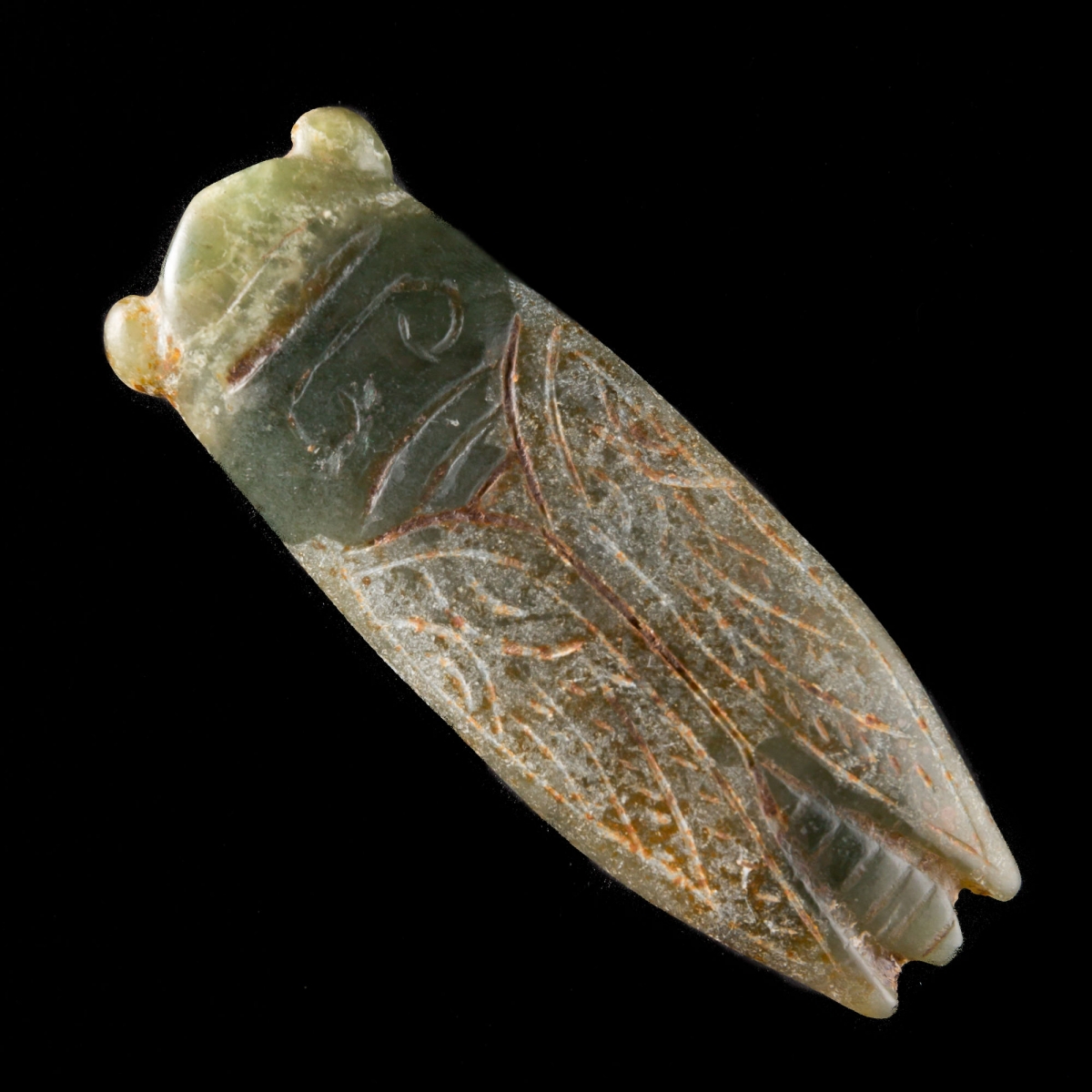 Beautiful cicada in green nephrite jade. Jade cicada’s were placed in the mouths of the deceased as a symbol of eternal life and resurrection in the hereafter. Different orifices of the body were also filled with gold and jade as this was believed to protect the body from decay. This practice was believed to make the dead happy, and allow them to live a beautiful afterlife.
The artistry of jade came in subtle forms from Neolithic cultures stretching from the mouth of the Yangtze (Liangzhu Culture) to Southeastern Mongolia. This very hard stone is cut following pure geometrical forms, often with harmoniously placed motifs and perfect finishing. The working of this material could only be done by methods of friction, abrasion and polishing. The composite material of jade, which is by nature extremely hard, was clearly chosen based on its symbolic value of purity and its association with hardness, as well as various other values unique to the Chinese culture. Cultures which followed valued jade for its attributed property of protecting the body on its journey to the world of our ancestors, eventually to sit amongst the immortals.