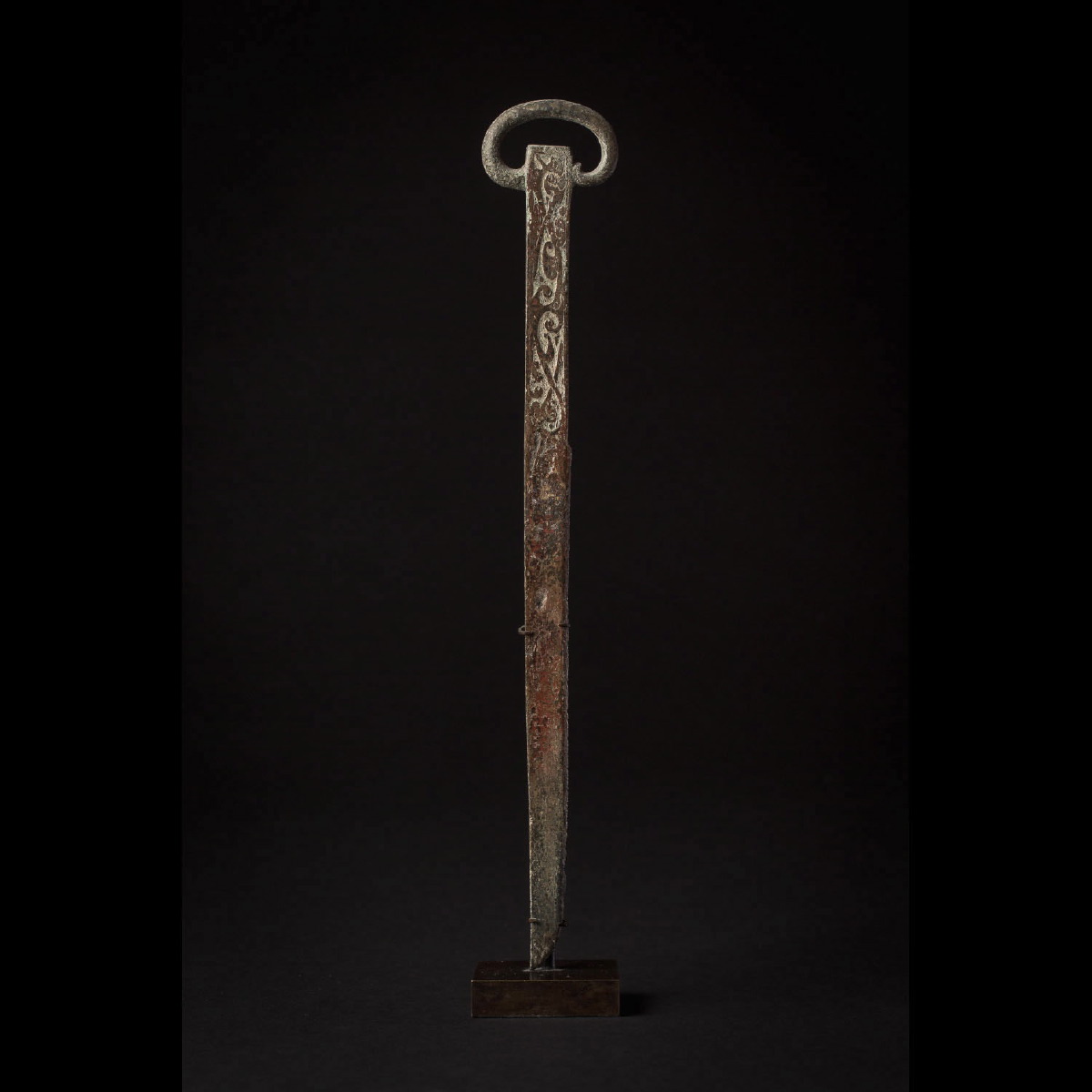 Slim dagger of monolithic bronze. The handle is decorated with interlacing geometric and vegetal forms. On the upper part, a buckle added later allowed the object to be strapped to a belt. Excellent state of preservation, nice patina from use.
The Ordos stretched out over the northern fringes of Ancient China, including a large portion of Mongolia. Bronze art appeared in China et the end of the Shang dynasty and under the Western Zhou. The art of Ordos is evidenced in the most original ornamentations between 770 and 476 BC. The people of those plains being nomads, their metal creations were influenced by both the Chinese to the east and also the Scythians and the Achaemenid tribes because we can see common decorations, especially in the animal representations. The steppes and Altai mountains served as cultural relays to China, notably through Mongolia and Ordos.