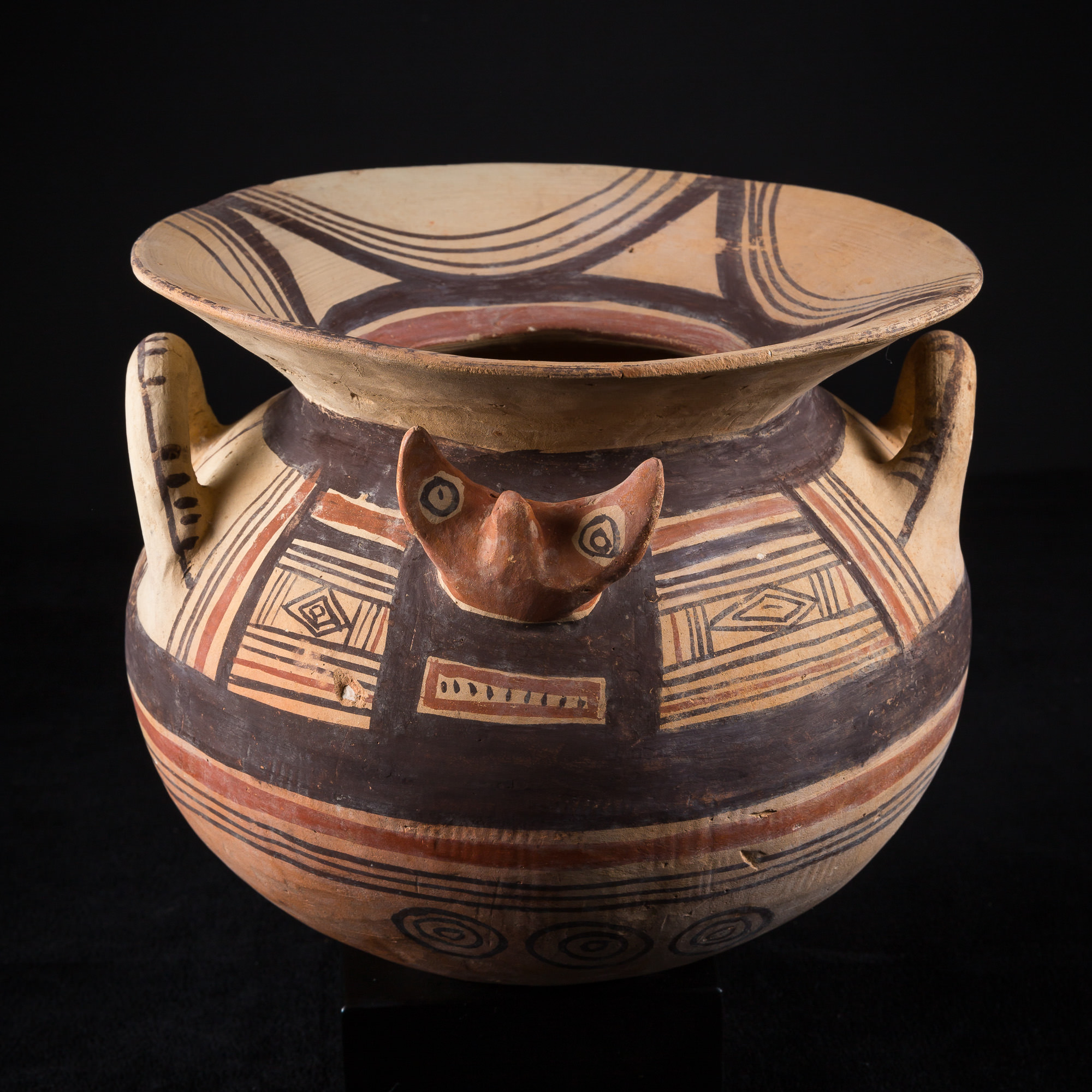 Daunio Messapien crater with two handles, decorated with geometric motifs painted in brown and red on a light beige slip. The globular body has a large Olla style flared mouth flanked by two protruding stylized animal heads. Two handles in the shape of an arch on each side and in alignment with the beautiful decoration composed of lines of varying thickness, which continue until under the vase. Traces of different colours of terracotta, reddened in places that are purified clay. Magna Graecia, a region of Apulia and more specifically Salento. The Lapyges culture, a mixture of the Illyrian population, Mycenaean refugees and indigenous people, gave rise to three populations: The Daunians of the north, the Peuces in the centre and the Messapians of the south. The Massapian style produced ceramics with geometric motifs between the 7Th and first half of the 3 rd century. Near the 6 Th and 5th century, a mixed style composed of geometric elements allied with animal or human figures developed, which later evolved into vegetal-type designs and less ardent colours.