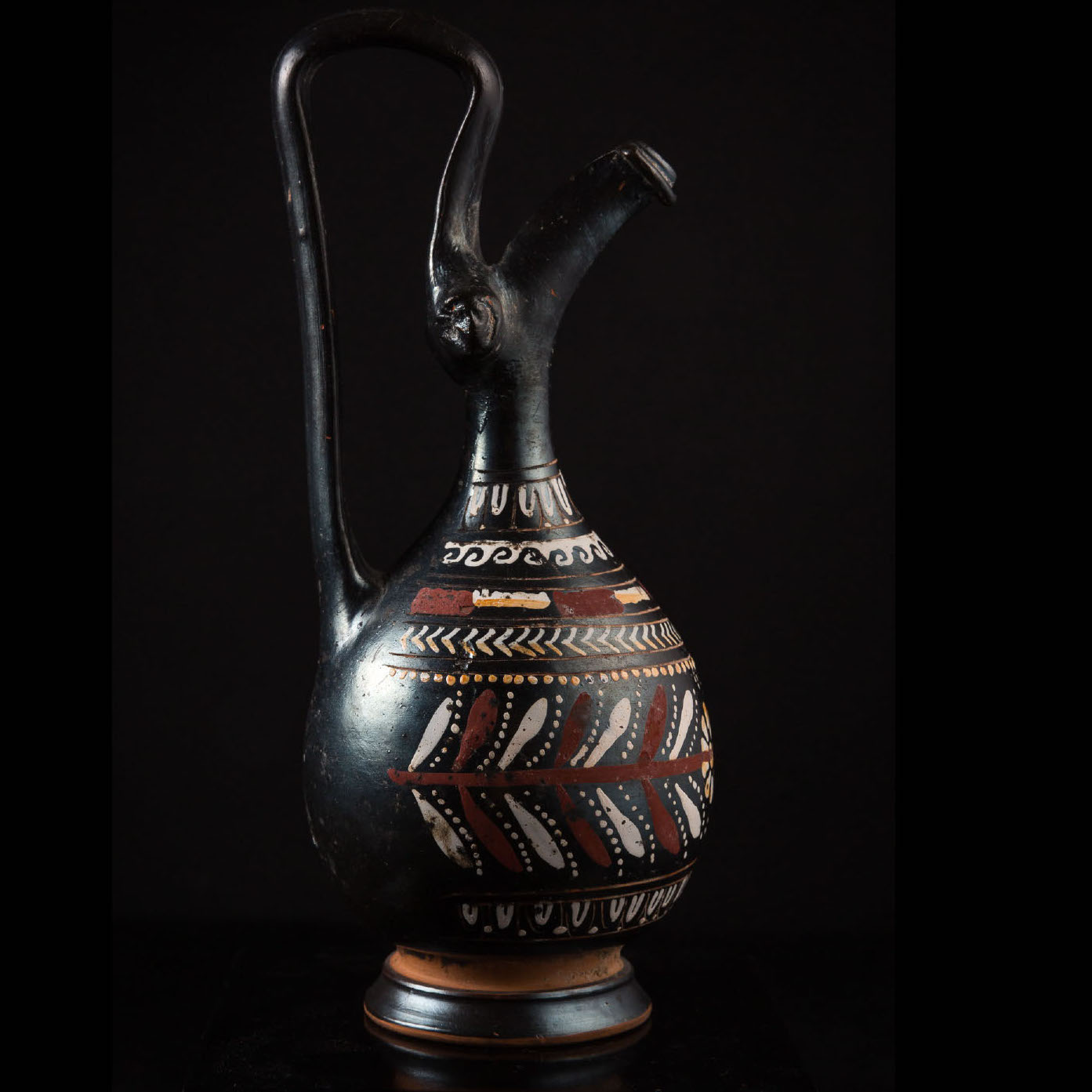 Votive epiphysis in red terracotta with black varnish and painted with white, yellow and red highlights. This pitcher has an ovoid midsection, raised handle and canal-shaped spout. The pear-shaped body rests on a small pedestal with the handle surmounting the narrow collar. The large and prominent pouring spout is positioned higher than the lip. This piece is adorned with friezes of olive tree branches and various decorative patterns on several registers. The technique used for the decoration of these vases consisted of the application of colours to the black varnish covering the object. The painters would use red, white and golden yellow. Good state of preservation despite some old restorations and re-glueing, a slight iridescence of the varnish and a low limestone deposit testifies to the antiquity of the object. Gnathia, (now Egnazia) is a city of Apulia in Italy. It is situated in an area formerly known as Magna Graecia. This “superimposed” pictorial technique was invented in Taranto, probably in the studio of the Painter of Ilioupersis, artist of the Apulian “ornate style” circa 370-360 BC, and then exported to northern areas of Apulia. The “Gnathian style” was so named due to the abundance of vessels of this type that was discovered in this city.