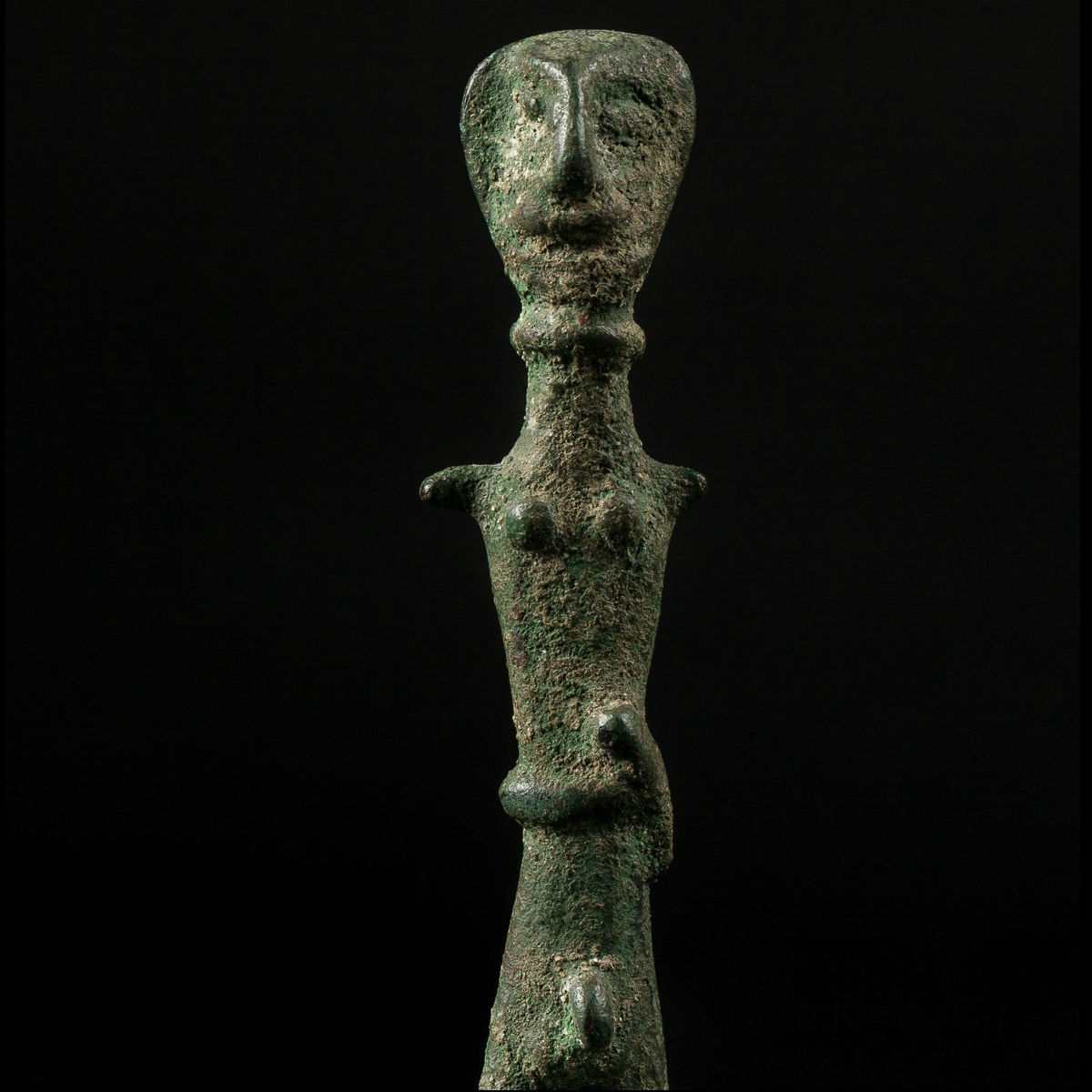 Bronze statuette representing a standing figure. Short legs spread apart, sex apparently male, long torso wearing a belt with knife and breasts marked by two prominent circles, almost non-existent short arms, thick neck wearing a necklace of links, very stylized human face. Old dark green patina and some remain of limestone due to age. Excellent state of preservation. The object is fixed on a contemporary base. The region of Canaan extended over the territory of ancient Philistine, Phoenicia and Israel. In the Bronze Age, Canaanites correspond ethnically to the Phoenicians, their name moreover derives from a term signifying trader of purple, a business in which the Phoenicians were very active. The first Israelites would also be of Canaanite origin. The excavations carried out by Israel Finkelstein show that the first Hebrew communities on the highlands of the country of Canaan are the result of an internal transformation in the Canaanite society. The word ex-voto is an abbreviation of the phrase ex-voto suscepto, that is, “following the wish” or simply the “wish made“. Through common or sacred objects, the man implores or thanks to the gods for their protection against the violence of the natural elements, or when faced with the multiple dangers such as war or disease.