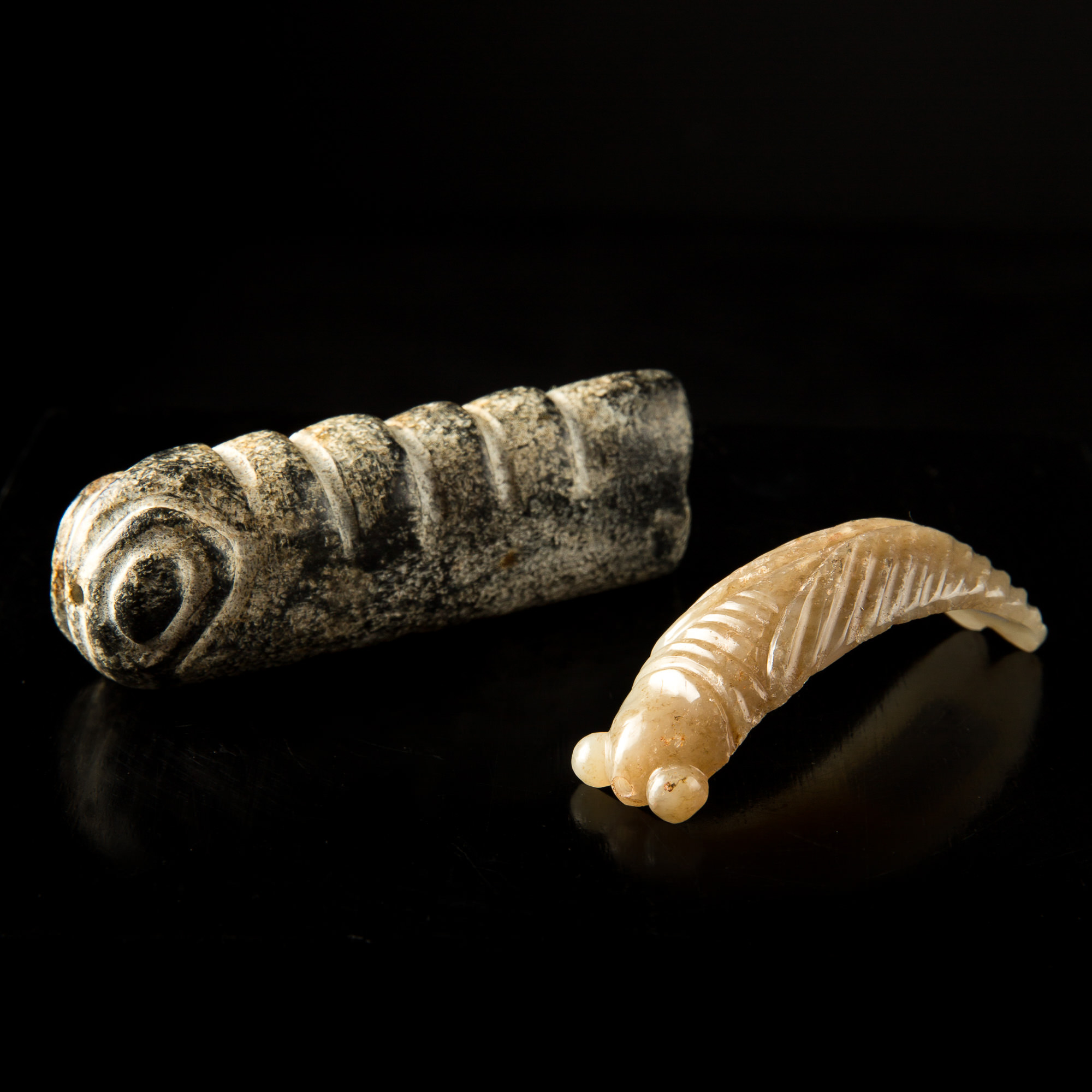 ← Return
Enquire/Buy
Print-Out
View price
Certificate
❤ Add to Wishlist
€ EUR 2.400,00 - £ 2060.52 - $ 2529.12 - C$ 3398.4
All purchases must be paid in Euro. Other currency prices for indication only
ARCHAIC AND IMPERIAL CHINA
VOTIVE CICADA IN JADE HAN
HAN DYNASTY (206 BC - AD 220)
Object certified authentic and sold with an expert certificate. Satisfied or your money back.
Object :
Nº 1686/A
Material :
Jade
Type Object :
Cult and worship
Dimensions :
Length 8 cm - 3.5 In
Provenance :
Reputedly belonged to a former collector working in the French diplomatic corps in Beijing - China in the 80s.

Funeral ritual object in nephrite jade of dark green colour representing a votive cicada which appears to still be embryonic.
The object is flat and thin and has the top of the body streaked with parallel geometric marks. We clearly see the location of the two eyes and the body is streaked with 5 deep parallel lines. Traces of white limestone patina. Visible signs of a handmade craftsmenship. Visible between the eyes, we see two holes in order for it to be worn as a pendant.
The cicada is one of the oldest symbols of China. It is it’s successive metamorphoses that has probably made it a symbol of resurrection and eternity. They are used to feeding on the morning dew which is also the drink of the immortals. These amulets were placed in the mouth of the dead, on the tongue