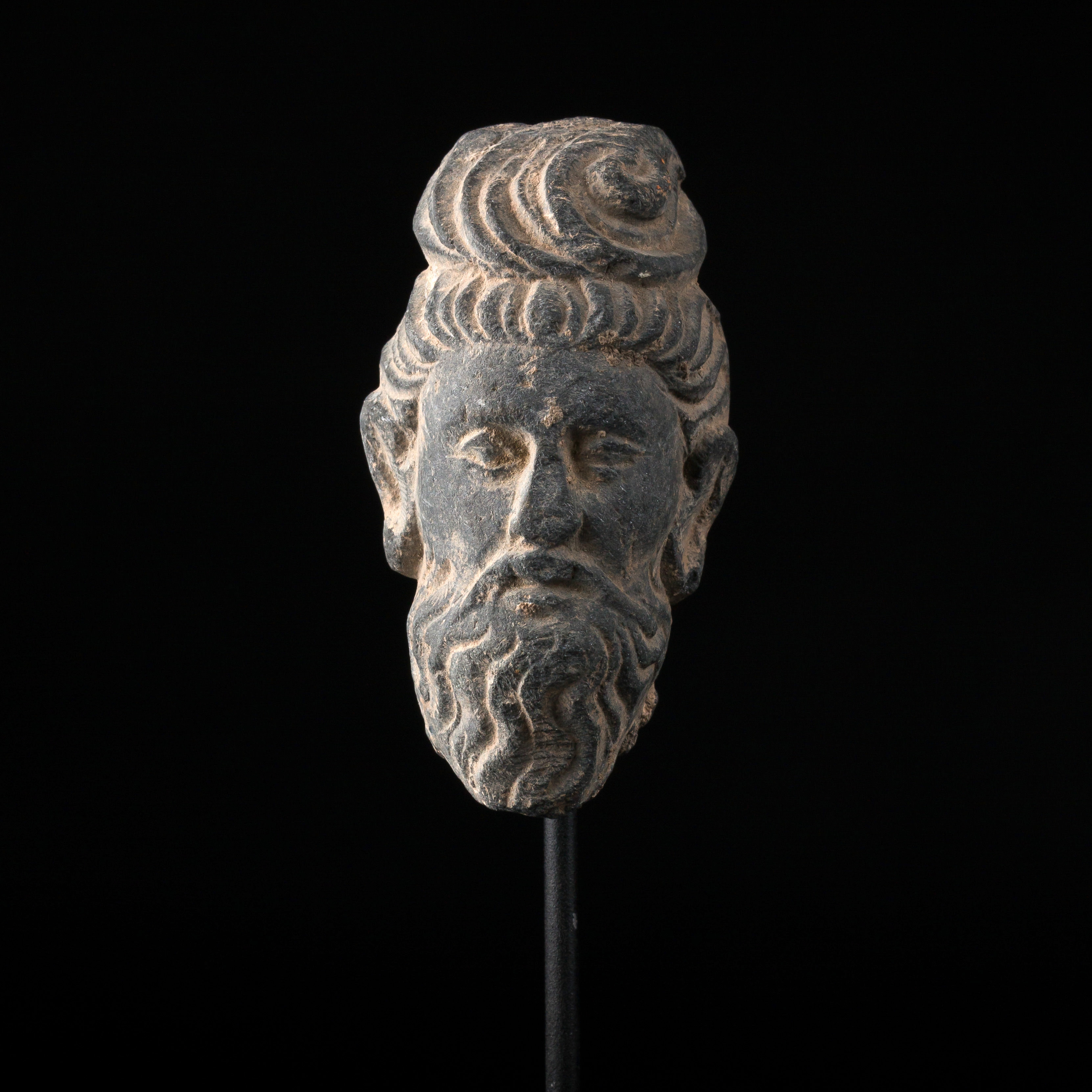 Head of a statuette in dark grey schist, native to the valleys that run along the rivers of Afghanistan and Pakistan. This face of a mature man bears Indo-European features. The hairstyle is of Greek inspiration, depicting nicely curled and orderly locks which are fastened high up into a bun placed atop the skull. The man also wears an imposing beard, a symbol characterising intellectuals. Excellent state of preservation. Signs of patina from excavation and erosion. Small scratches and imperfections.The art of Gandhãra was born on Indian soil and served the religious teachings of Buddhism. It appropriated iconographic elements from the religious repertory of Buddha and skilfully combined them with the sculptural techniques imported from Europe by the Greek soldiers of Macedonia and then Bactria, who made up the armies of Alexander the Great. It was during this period that the first human images of Buddha appeared, in accordance with the Greek belief that considered and depicted the gods as men. This art testifies to the theological evolutions that required new images of devotion to serve as spiritual support.