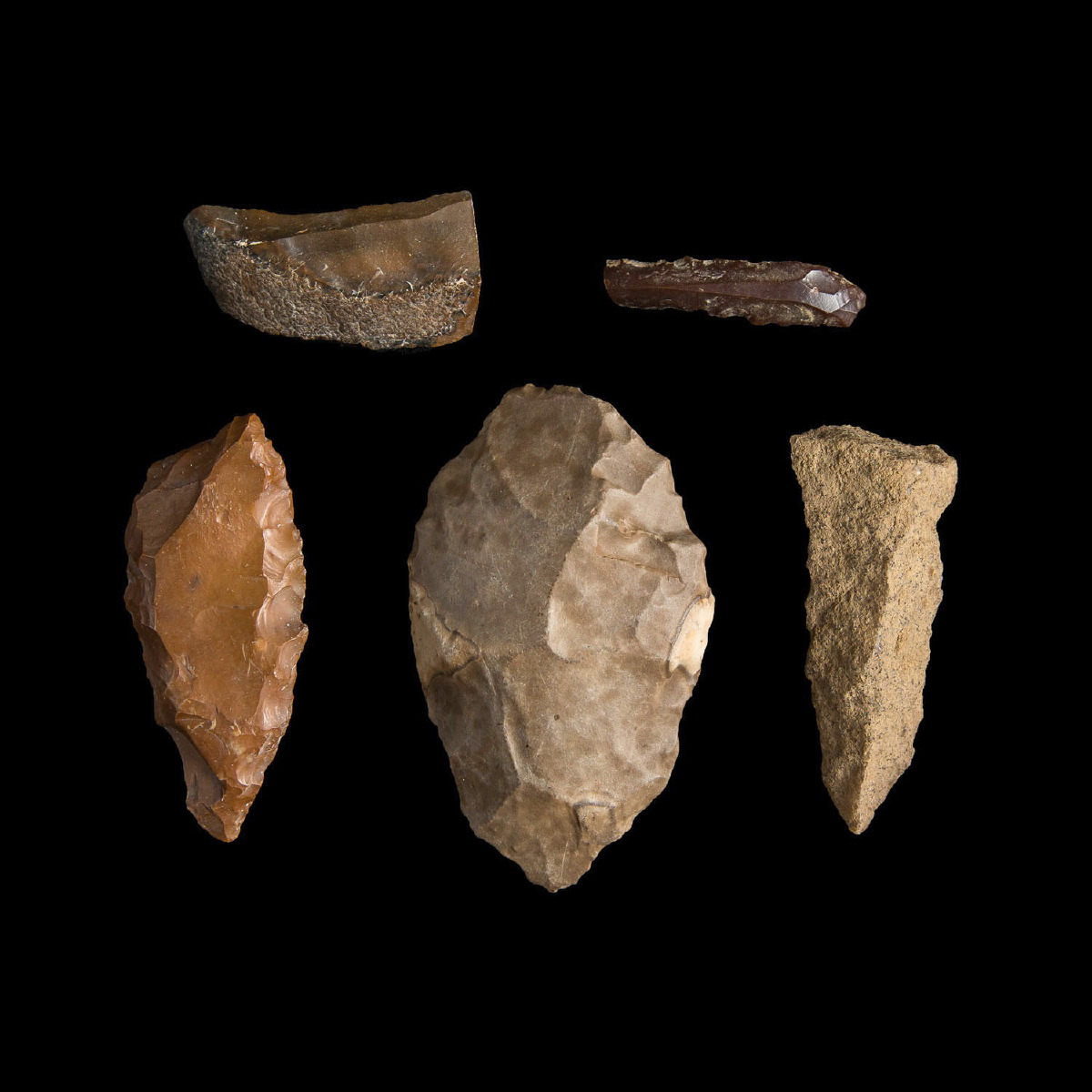 Beautiful set of five Egyptian flint tools or weapons, including objects resembling a scraper, knives or hatchets. Belonging to the period of cut stone as opposed to that of polished stone. All pieces are in very fine condition.
Egypt, Sir. Arthur Evans discovered these pieces during excavations in the region of Thebes before 1900. Towards the end of the Neolithic period, a Nilotic civilization appeared circa the 4th millennium BC. During this time, man was already installed in organized villages composed of huts, burying the dead and growing barley and wheat starch. Herodotus recounts of how the Egyptians used flint for surgery and the opening of human bodies that were to be embalmed before mummification.
PROVENANCE: Ex. collection of Dr M. G. Weller, Cornouailles UK. Ex. Dr G. Weller collection. By inheritance, collections by Henry Dewey and Reginald Allender Smith.
MUSEOGRAPHY:
R.A Smith (1873-1940) was an archaeologist in charge of the British and Medieval Archaeology Department of the British Museum in the 1920s. He was the author of numerous books, including some on the Stone Age.
The museums of Turin and Leyden exhibit similar objects.