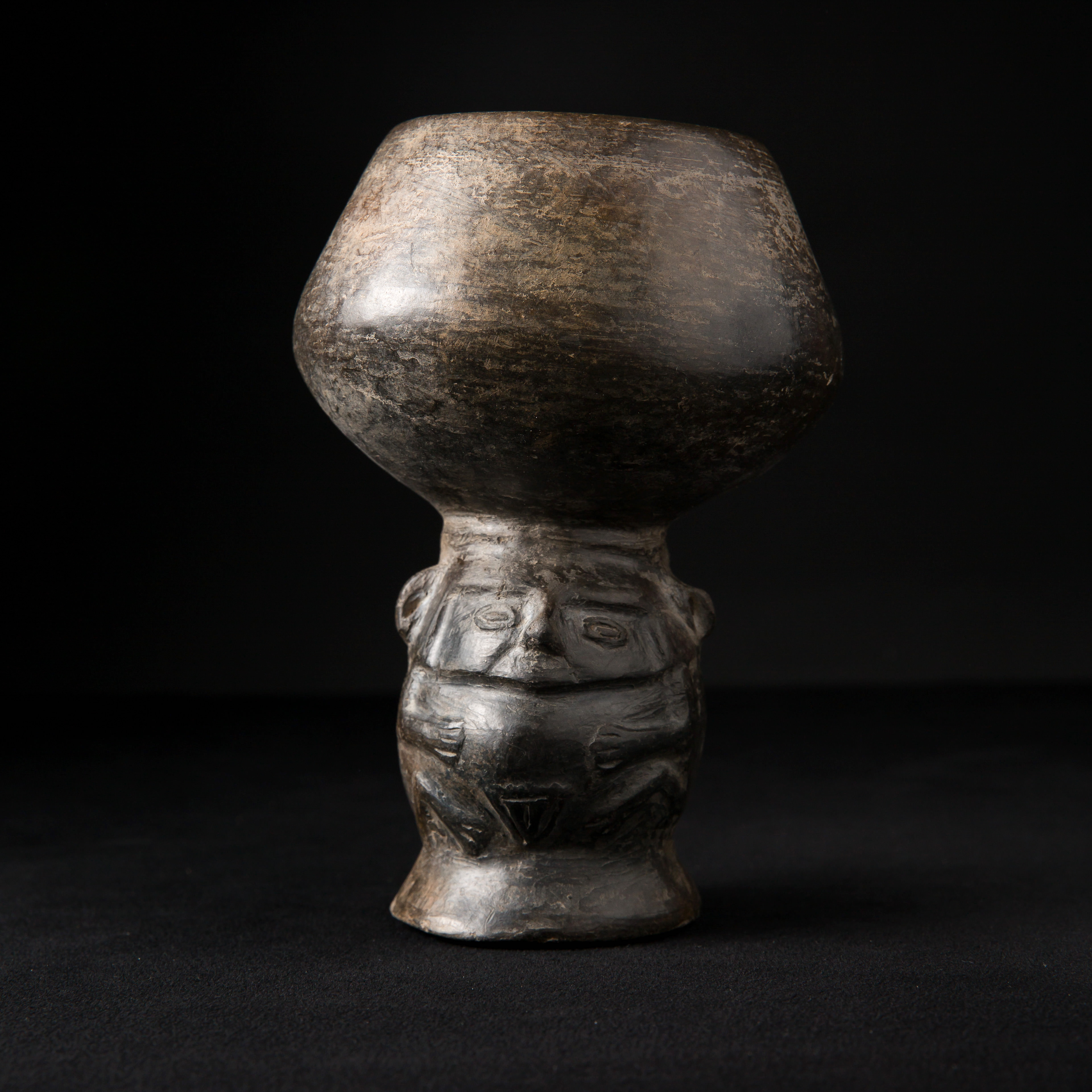 Censer in brown, almost black terracotta, probably used during the rituals that accompanied births. This piece depicts a crouching woman, her hands resting on her belly in a symbolic gesture. On her head she wears an open ovoid vase. The terracotta is shiny and its colour probably results from firing in a reduced atmosphere. Several holes are pierced at the bottom of the vase, the reason for which is unknown.
Good state of preservation. Possible small ancient restorations.
Peru, Inca culture. The Incas created one of the most important Pre-Columbian cultures which developed on the high Andean plateaus between the 12th and 16th centuries. Their origin remains mysterious.