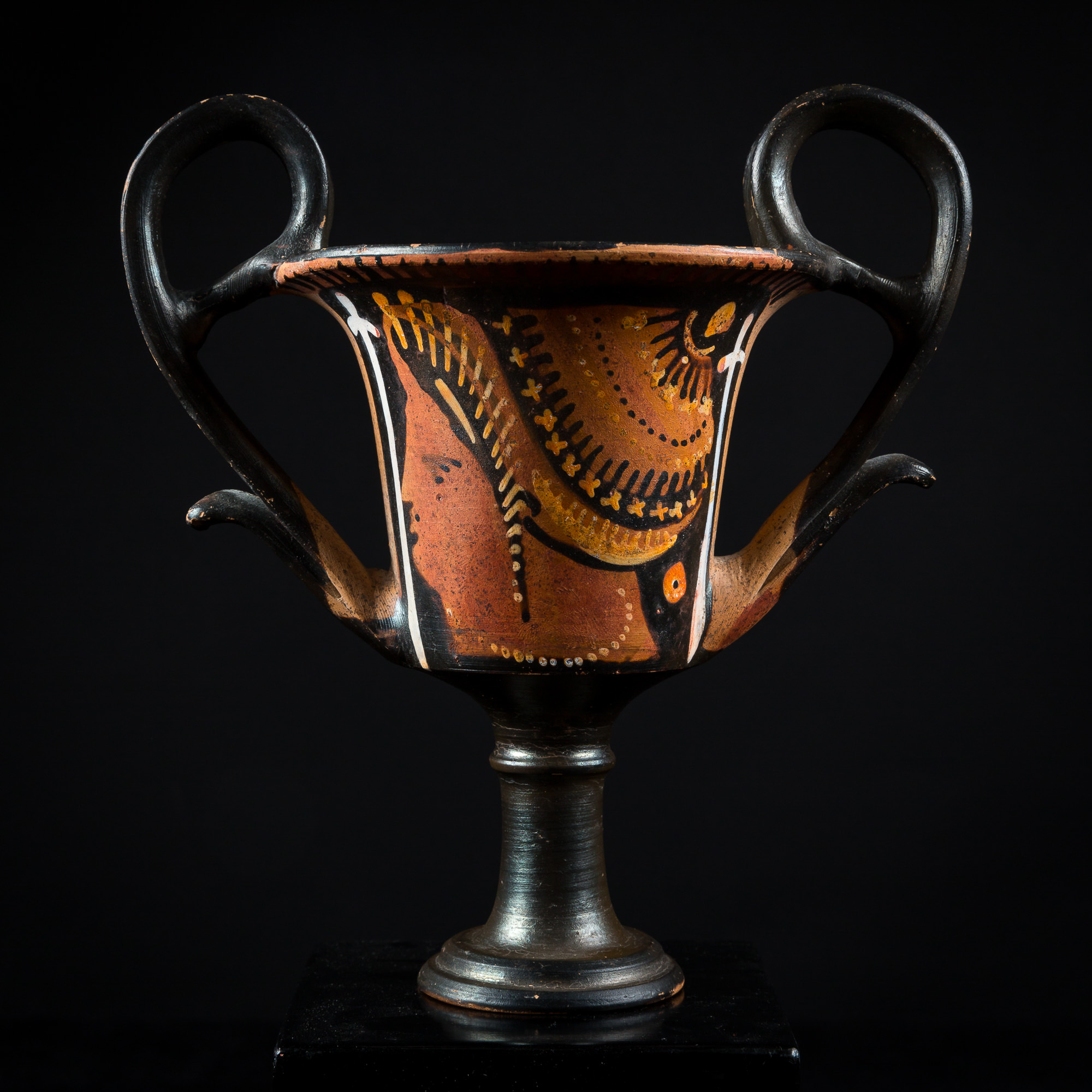 Kantharos on a pedestal with raised handles decorated on both sides with female profiles. Aphrodite’s belt is depicted on the landscape. Red figure decoration on a black background. The red colour is produced by the high amount of iron oxide present in the clay. To obtain the black colour, potash is generally added which, once baked at 900 degrees, produces an impermeable and metallic black. From 550 BC this style was in fashion among the Athenians. This technique consisted of reserving the patterns that would remain red on the bottom of the vase while the details were painted on afterwards. Good state of preservation.Apulia, Southern Italy. The red figure technique is an Attic (Athenian) invention, which replaced the production of black figures made in Corinth. The most famous school of southern Italy is located in Taranto, born following the arrival of the Greeks in the region from the 5th century AD. At the same time, preference was given to human representations, especially feminine representations, to the detriment of heroic scenes now deemed too violent.