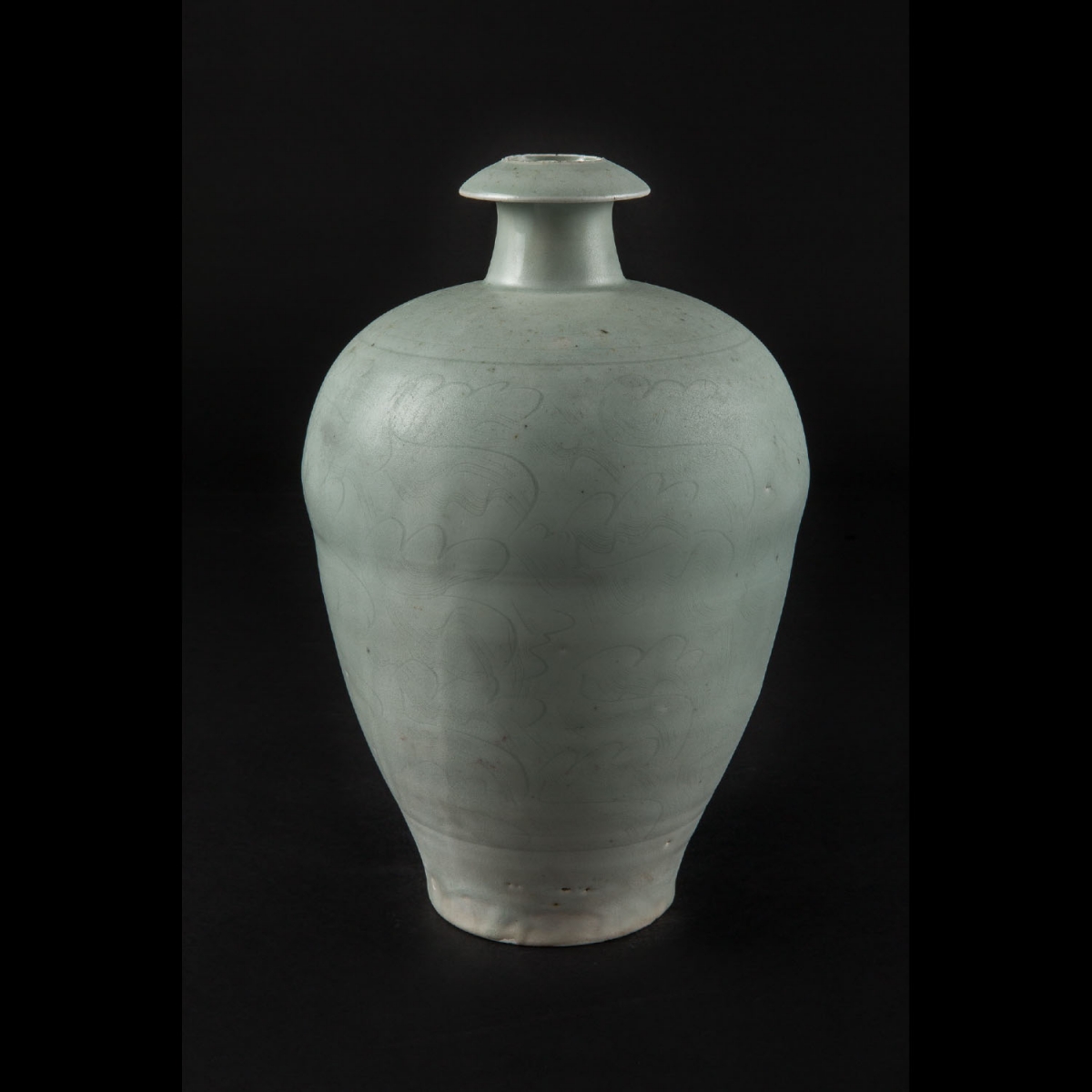 The Chinese word meiping signifies vase with cherry blossoms.
Meiping-shaped vase in porcelain with a light celadon satin glaze. Its small neck is tight to the tall and strong shoulder and the compact foot is fitting for the use of a bottle containing plum alcohol. The cloudy decorative motifs were delicately painted on before the laying of the cover. Celadons (qingci, meaning “green porcelain”) have a feldspathic covering containing baidunze (composed of mica and granite quartz), lime and potash. The translucent grey, green colour indicates the iron oxide introduced during firing. This technique of obtaining a jade colour is very appreciated in Asia.
Very fine condition.
The Song dynasty, a period of innovation and experimentation, appreciated the variety of colours obtained by glazes, something which continued during the Yuan period. The name celadon is borrowed from the character who wore ribbons of light green in the precious French novel of 1610, The Astrée. During this time Chinese porcelain was very popular in France. This technique was invented during the 2nd century AD in the Yue region of China.