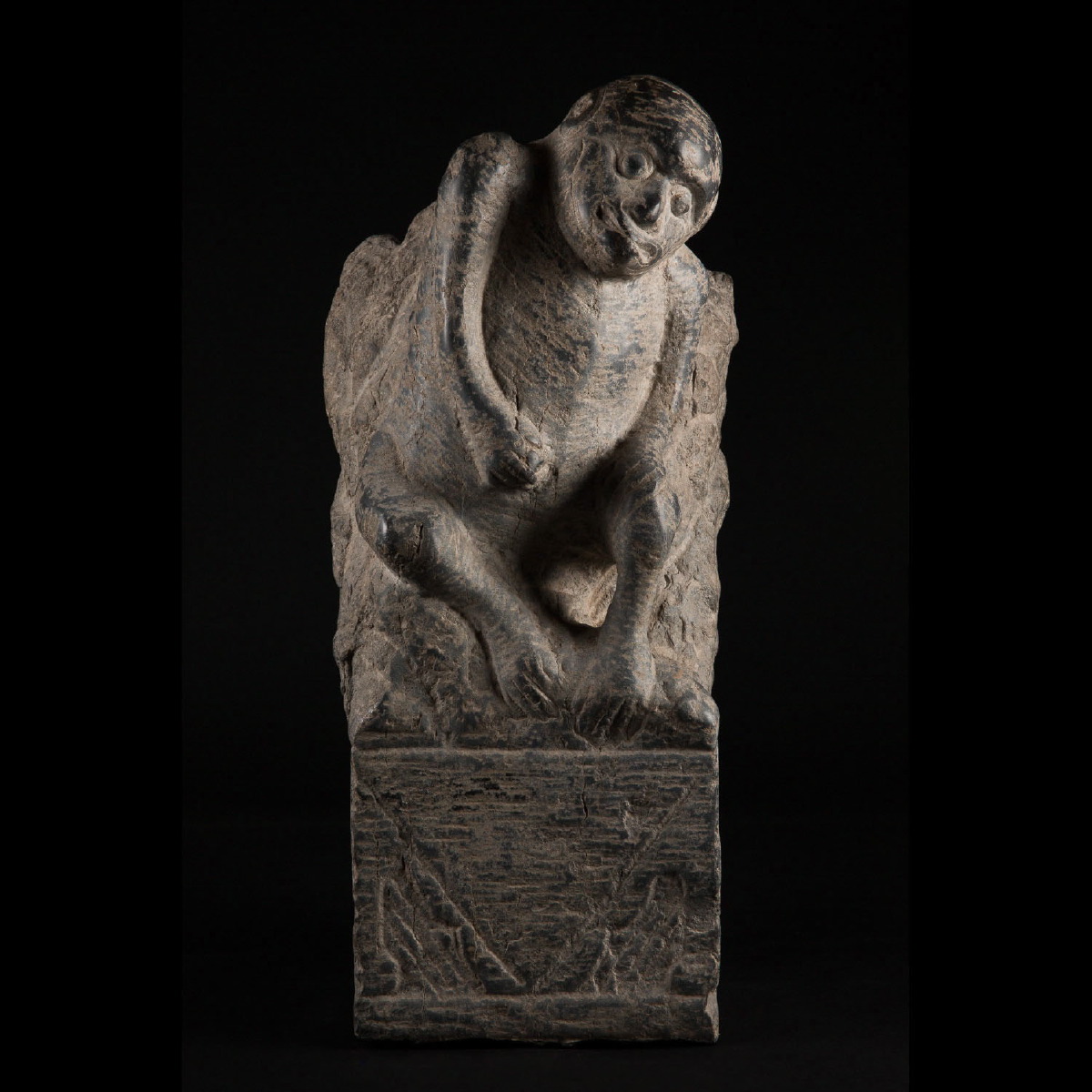 A monkey seated on what seems to evoke a throne in black stone sculpted in the round. The animal is hunched and its face is very detailed. A perfect state of preservation.
The legend of the Monkey King Sun Wukong, is an ancient Chinese myth that dates back to before the time of Jesus-Christ. It chronicles the expedition of a Chinese monk, Xuan Zang, to India. This monk was on a quest to find sacred books that would allow the establishment of Buddhism in China. The Monkey King is given the mission to escort him in this rite of passage. This mythical animal was born from a stone egg and a drop of blood. It possesses both the weakness of man and the power of the gods. This famous legend conveys the educational journey of the monkey in a series of steps towards wisdom and immortality. This is the story of an inner transformation. Boastful, cunning, mischievous, the Monkey King is the ‘philosopher clown’ who later inspired, in the Western world, the Commedia dell Arte and the Harlequin character. In nature, the monkey is the closest animal relation to humans themselves. This can even be seen in Chinese characters. Originally, the word for “monkey” in Ancient Chinese was also the word for “wait” because monkeys would watch people eat from trees and wait until they had their fill before climbing down to scrape up the extras. In Chinese literature, monkeys have a long history, with the earliest known recordings reaching back to the East Han (25-220 AD) in ancient books about from the 1st century. By the Tang Dynasty (618-908AD), Indian culture had brought the idea of a mythologized monkey deity, adding to their mystique. In the Ming Dynasty (1368-1644), monkeys became more popular as they were replicated in handicrafts in the arts, with the idea of a monkey deity already commonplace. Perhaps the most famous example is the Monkey King from Journey to the West, a classic tale written by Wu Cheng’en in the 1500s. The Monkey King is a deity who is able to transform into 72 different shapes and traverse the universe, and he remains a popular character to this day.