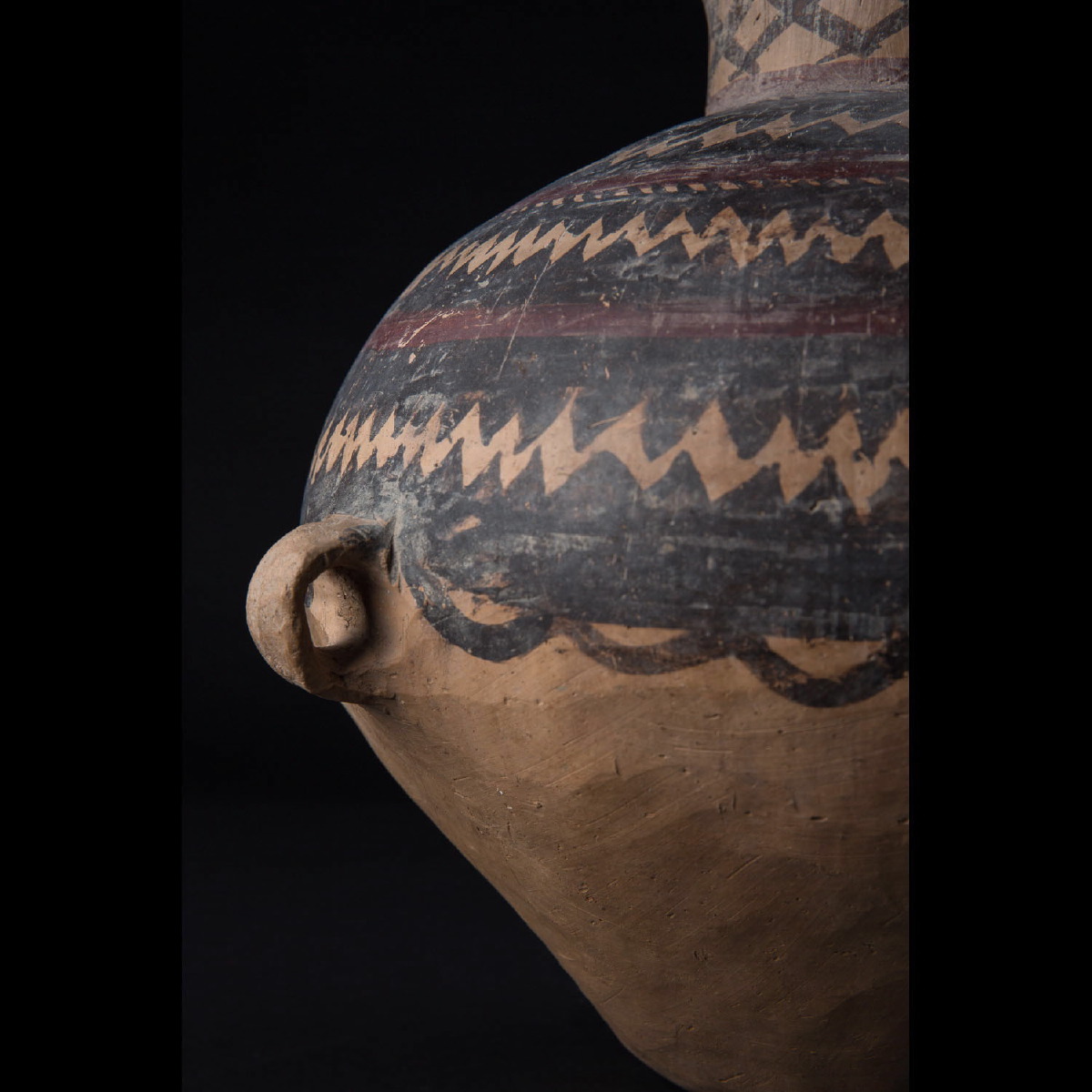 A magnificent vase from the neolithic period. No repair and original painting intact. Thermoluminescent testing and cultural passport provided. In 1921, in Northern China the Neolithic site of Yangshao was discovered in the Yellow River basin. At the time, modern archaeology was a new phenomenon in China and these discoveries permitted the reconstruction of the historical corpus of its most ancient days. The Yangshao people inherited a tradition which dates back to 10 000 BC, when the first pieces of terracotta appeared. From 7000 onwards this pottery is characterised by a quite good expertise. It was made using washed terracotta with coiling, while later on it was made using the wheel. These ancestors of the Han people spoke a language that is the root of Sino-Tibetan, still widely spoken in the south of China. They lived in round or square wooden houses covered with mud, cultivated millet, and raised dogs, goats and pigs, and possibly even silkworms. Objects have been found at Yangshao that indicate the existence of a progressive evolution from vases ornamented with a simple cord motif for everyday use to elegant jars with geometric designs in brown and purplish-red for more formal and ritual occasions. In those days red cinnabar was used in funeral cremation ceremonies, which notably showed no sign of social differentiation. These pieces of Yangshao pottery are made of smooth terracotta with a pale orange-fawn colour. The brushwork designs are highly stylised. Essentially geometric, they consist of horizontal registers, broken zigzagging lines, crosses, spirals or reticulated motifs. These last probably represented fishing nets, as this civilisation was also partially lakeside, using baskets to catch fish. Certain villages were able to create more figurative motifs, as this extremely rare vase with a human figure attests. Some motifs may also have had a symbolic value. The Chinese are very proud to have classed the discovery of this matriarchal clan society as one out of ten of their best museum attractions.