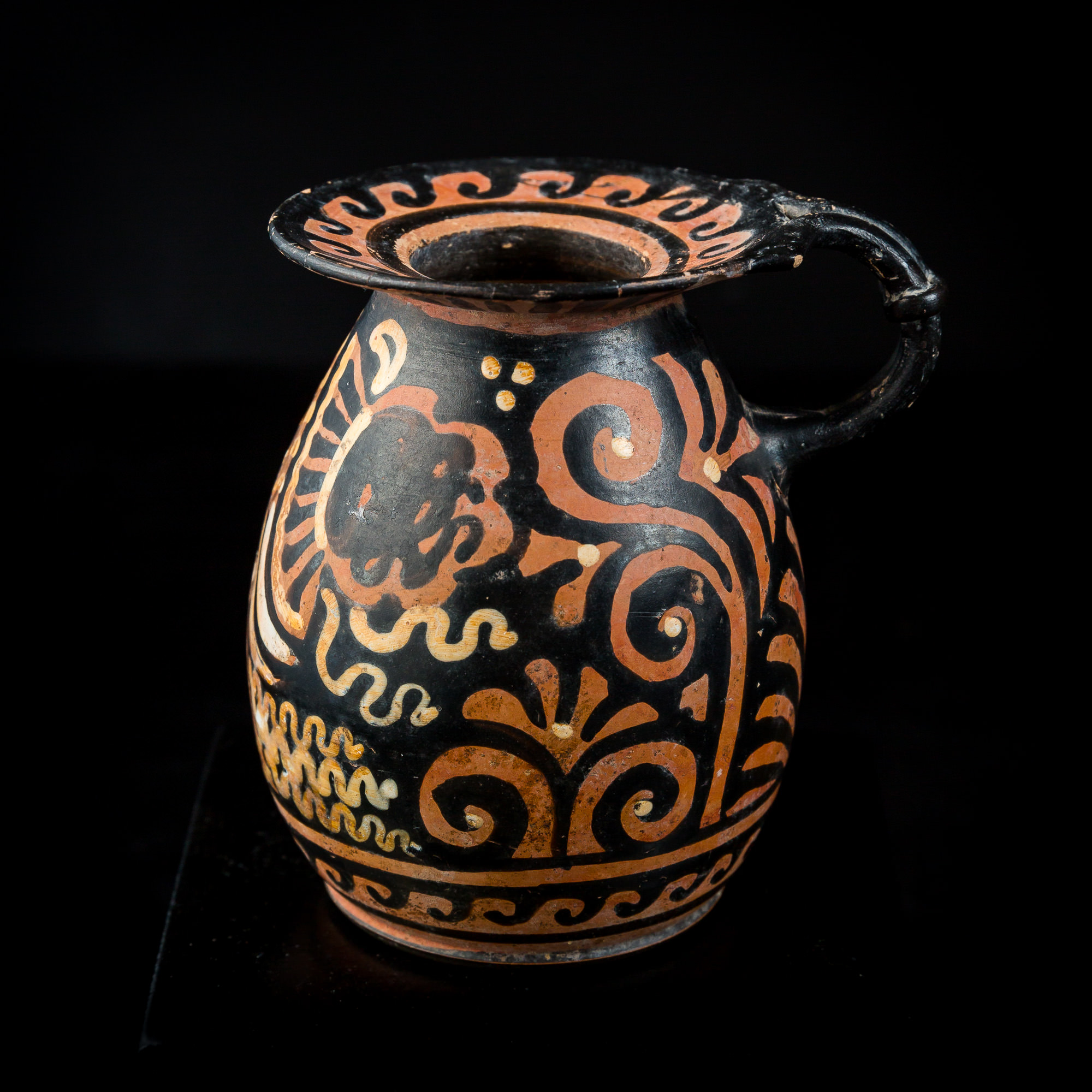 Olpe in orange terracotta decorated with a female profile and palmettes. The ovoid body has a knotted loop attached to a flat lip. Black style with red figures and highlights of white paint. The iridescence of the black sections results from one of the three phases of firing known as a “reduction atmosphere” during which the blackish coating of certain areas vitrifies and becomes impermeable. The black decor shows a rich interlacing of convolutions and palmettes typical of the Greek decorative heritage, all with a strong character. Finishes with ivory coloured paint. Good state of preservation with some restorations. Signs of patina from the excavation. The technique of the red figure was born in Athens circa 530-520 BC, soon imposing itself as the great school of the classic period. The red figure allows an improvement of the drawing which then improves its realism. The Magna Graecia of the areas of Apulia and Campania produced pottery of a quality comparable to that of Athens, so much so that the Greek city imported numerous pieces from its Italian colonies.