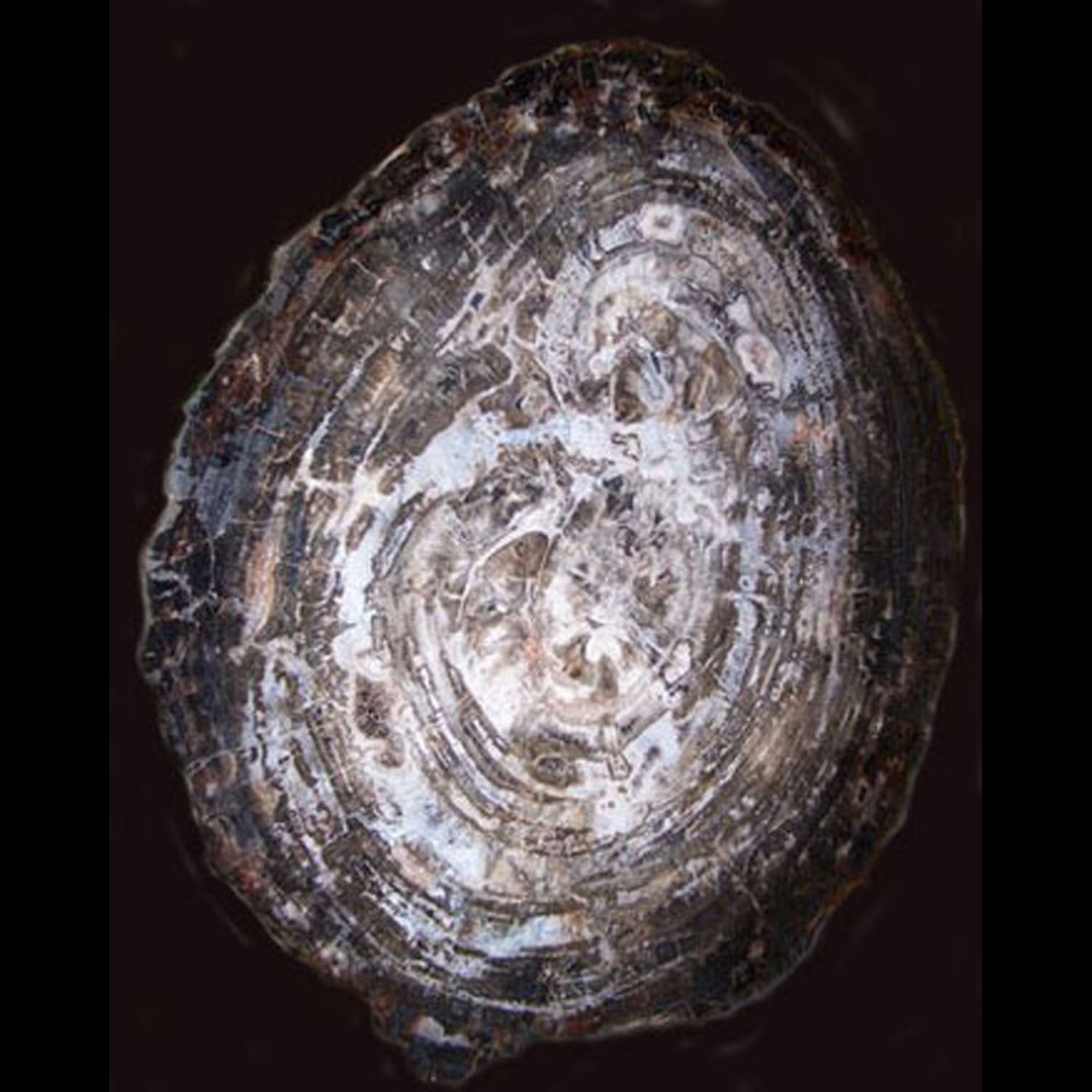 Slice of a fossilized tree in shades of brown, grey and black with circular amplitude and composed of concentric rings. In the centre various heart-shaped patterns are due to scars that have arisen as a result of the pulling out of the branch. The number of rings make it possible to estimate the age of the tree at the time of its death (one ring equals one year). Their thickness depends on the variation of temperatures and seasons and the colouring varies according to the iron, cobalt and carbon levels. Petrified wood occurs during a process of mineralization whereby living tissues are replaced with mineral substances after being totally submerged under sediment. The fossilized wood of Arizona was formed in the aftermath of two cataclysms: a large flood tore out thousands of trees followed by a volcanic eruption that covered the soil in ash up to 800 m high. A rich soup of silica was born that is capable of penetrating living tissues, this process is called silicification. These trunks are composed mainly of quartz, with some cavities being filled with agate, amethyst or citrine. Excellent state of preservation, beautiful polishing.
The Mesozoic period is characterised by the diversification of dinosaurs and the existence of Pangea (Greek for ‘all lands’), when all of the worlds continents were attached to one another. At the end of the Triassic period, the earliest period of the Mesozoic period, the first fractures of the Earth’s crust occurred. The Petrified Forest National Park in Arizona is located on the delta of a river lined with giant trees, most of the Araucarioxylon type, close to the conifer. It was also the ancestor of Ginko Biloba, the oldest and most resistant tree in the world.