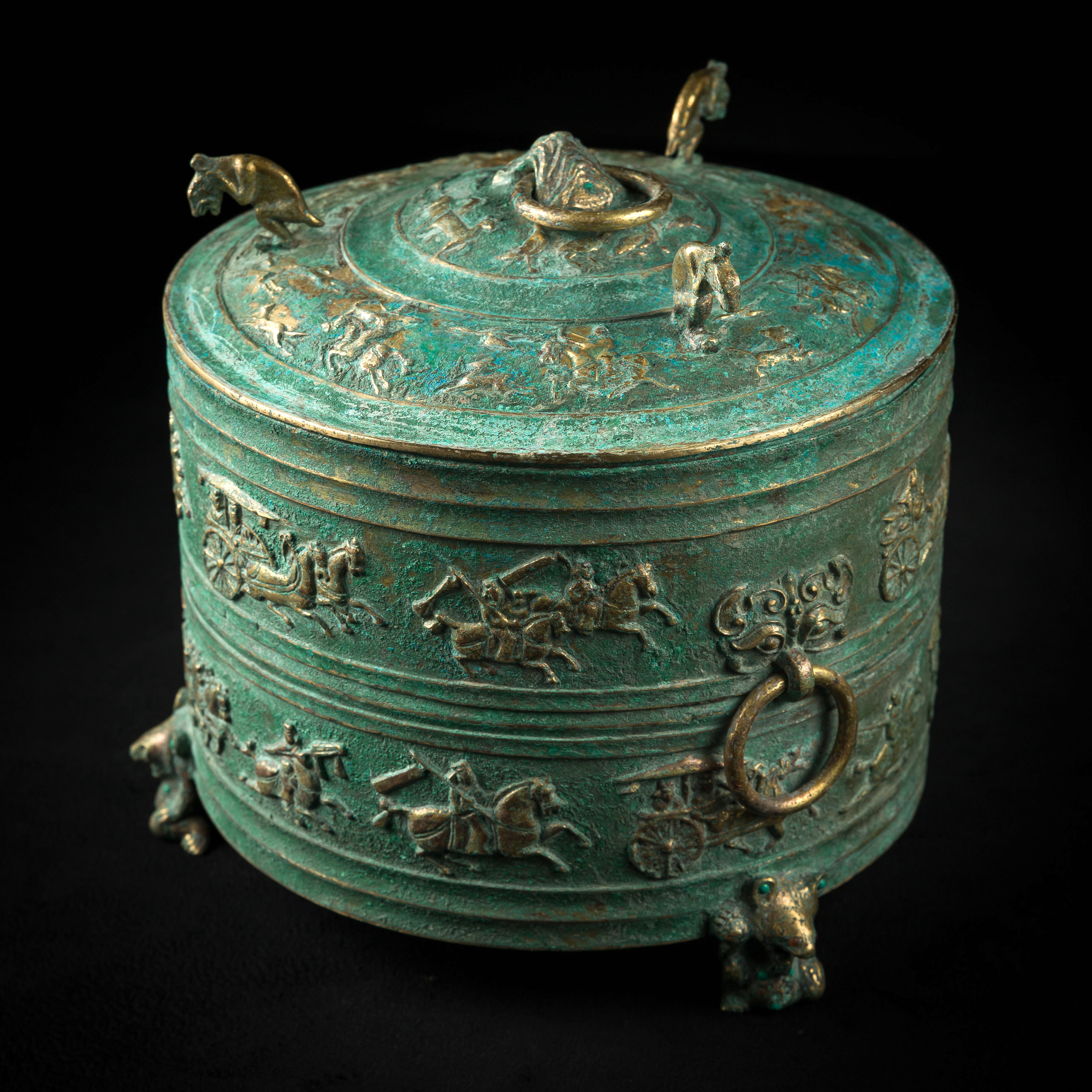 MATERIAL AND TECHNIQUE: very rare set composed of a vase and its lid. The object is in bronze and covered with gilded copper. The body is decorated with fighting scenes and allegories depicting numerous characters, chariots and galloping horses arranged in two registers. The vase rests on three feet representing bear paws that are decorated with small cabochons of turquoise and carnelian. Two free ring handles on either side of the vessel are held in the mouth of a mythical taotie. The base is decorated with a large hollow pattern depicting a series of quadrilobes and hearts patterns.
There is excellent patina with signs of cuprite and blue malachite.
The object was cleaned in London by the former owner.
ORIGIN: vases known as Hu were used to measure quantities and appeared under the Warring States dynasty up to the Han. In northern China, we see panels of historiography, as evidenced by the vases of the Imperial collection. The Warring States period was a time of political fragmentation and great moral crisis in China. During this period Confucius elaborated his philosophy, which advised to create a state of order and peace in order to return to traditional values. At that time bronze was used mainly for objects of war or ritual while iron slowly began appearing in daily life