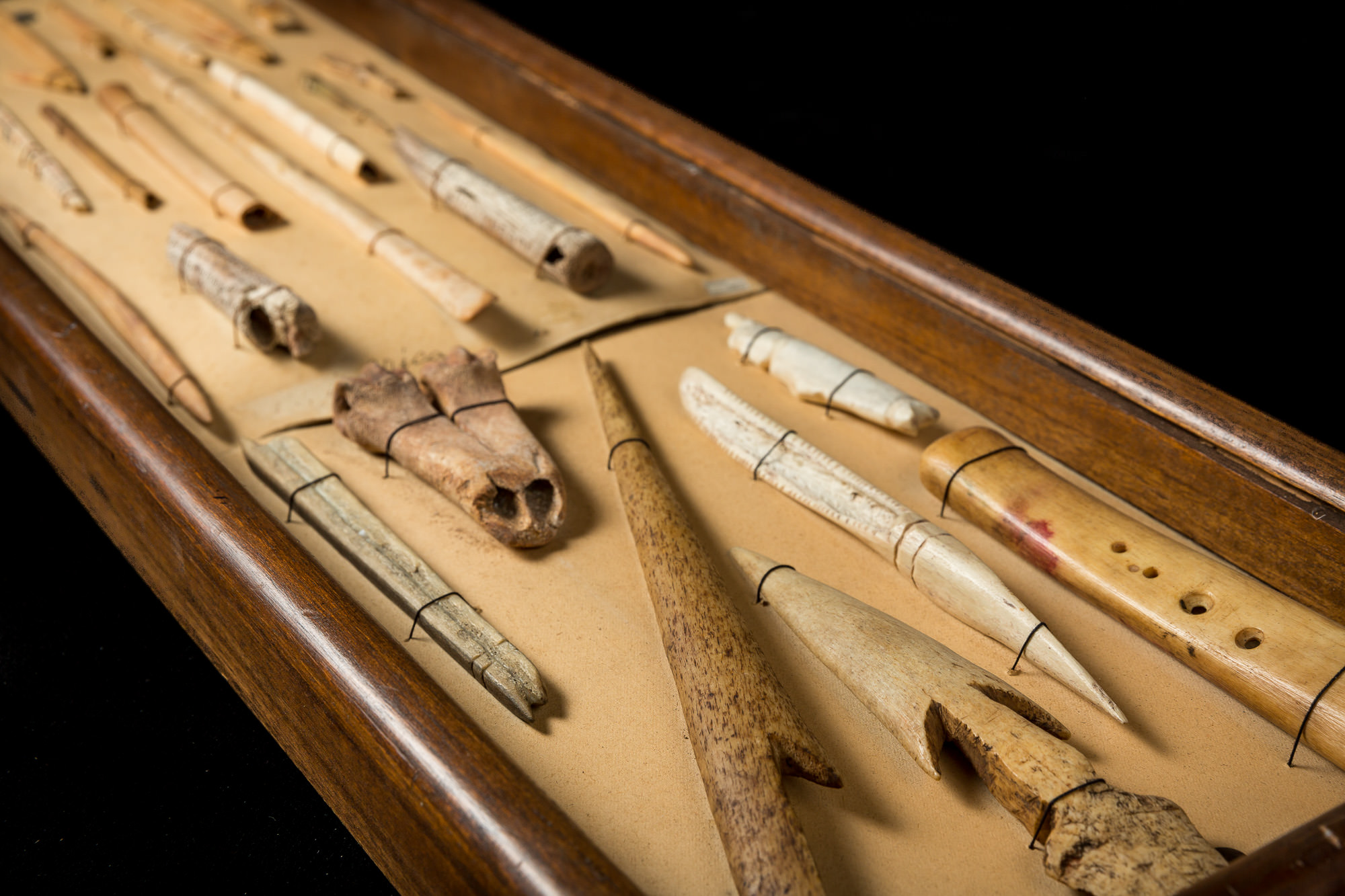 Set composed of numerous amulets, some are in phallic shapes while others include needles, metal punches and nose ornaments. The objects are composed of stone, bone, bronze and fabric. Long hollow bone objects are inhalers. Excellent state of preservation.Northern Chile, region of Arica, which is the most northerly of the fifteen regions of Chile. The civilization of Arica dates from more than 9,600 years old. It is known that collectors of shells of the Chinchorro, which already mummified their dead 3,000 years before the Egyptians, lived in that part of the world. The Bolivian culture of Tiwanaku (from 1000 BC to AD 1000) had links with the inhabitants of Arica through trade routes that crossed the valleys of Azapa and Lluta, connecting the interior from the coast.An archaeological tour through the valley of Azapa allows visiting to the San Archaeological Museum Miguel de Azapa, the ruins of the fortified city of San Lorenzo, the geoglyphs of Alto Ramírez “, Atoca, and the Cerro Sombrero, very interesting rocky mosaics dating from more than 1000 years.