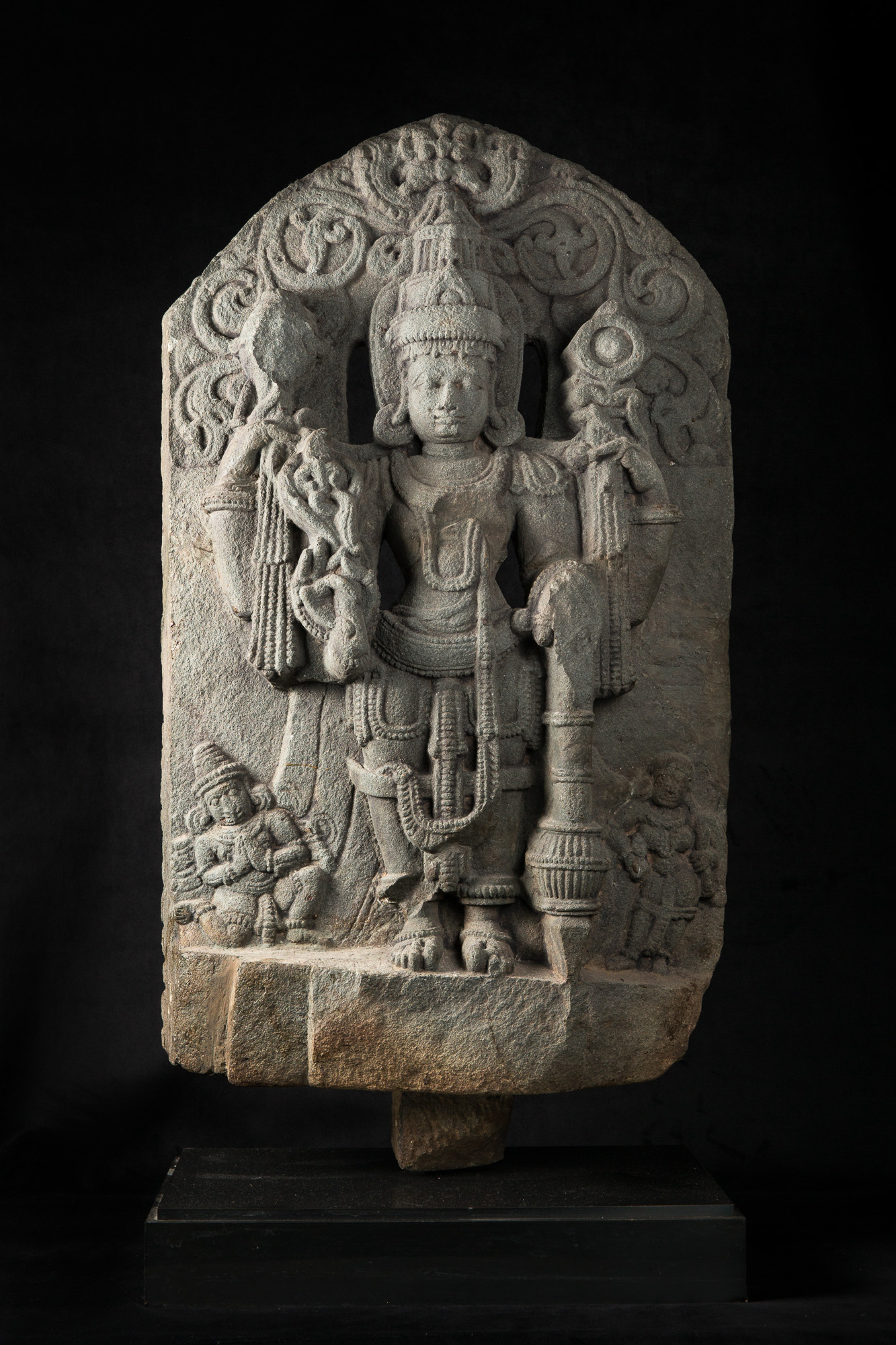 Stela in black basalt carved in high relief depicting a standing Vishnu Vasudeva. The figure has four arms whose upper hands hold a concha (sankha) to the right, and a disc (cakra) to the left. The lower right hand holds a lotus (padma), the left arm, whose hand is broken, holds a club (danda). Richly adorned, the figure is crowned with a conical tiara (kiritamukuta) and carries the long “garland of flowers from the woods” (vanamala) described in the texts. Vishnu is surrounded to the right by his wife, Lakshmi, goddess of fortune and to the left by a character resembling Garuda. The rich ornamentation of this sculpture is characteristic of Hoysala art.
Vishnu is the second god of the Hindu Trimurti, along with Brahma and Shiva. His name derives from the Sanskrit root “vish” meaning to spread, because it tends to create light. Guardian of the cosmic order, he is responsible for the order of the world and intervenes regularly in the lives of men to restore the great balance. There are two modes of Vishnu manifestation: the avatāra or incarnations, and the vyūha or emanations, cosmic manifestations which are four in number, the first being Vasudeva.

Located in Southern India, the center of Karnataka saw the emergence of the Hoysala Dynasty, which ruled from Belur during the 10th – 14th century. Known as great builders, their architecture is an amalgamation of Dravidian and Indo-Aryan styles. Their temples are part of the jewels of India, decorated with sculptures and low-reliefs of real stone lace. The most famous temples are those of Somnathpur, Halebid and Belur, the Vishnuite temple.