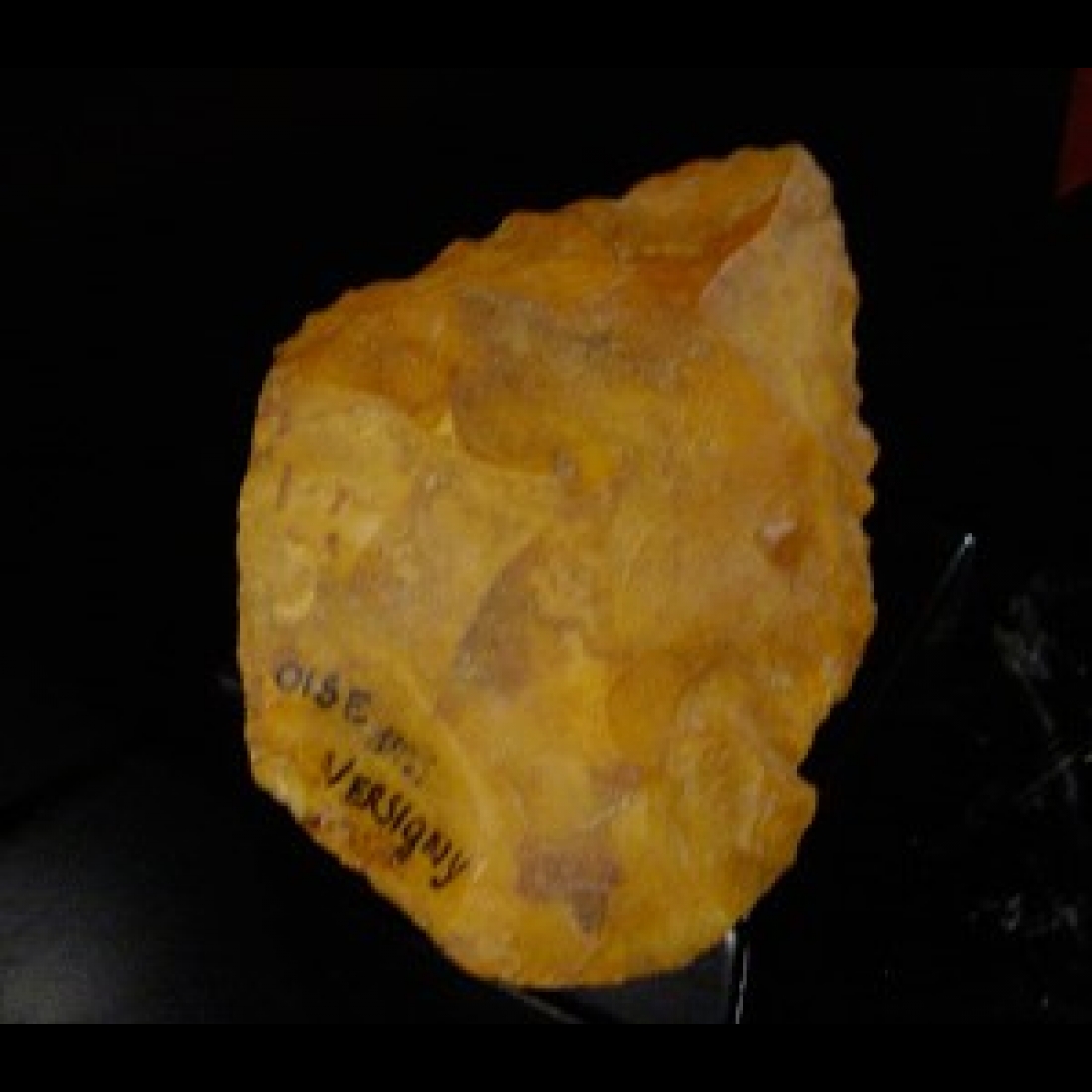 ← Return
Enquire/Buy
Print-Out
View price
Certificate
❤ Add to Wishlist
€ EUR 750,00 - £ 642.86 - $ 784.05 - C$ 1054.43
All purchases must be paid in Euro. Other currency prices for indication only
WONDERS FROM NATURE
FLINT STONE FROM MOUSTERIAN
TOOLS AND INSTRUMENTS OF MAN
Found in Versigny sur Oise (France), in the field of Mr. Colliez, in 1939.
Object certified authentic and sold with an expert certificate. Satisfied or your money back.
Object :
Nº 655
Material :
Stone
Type Object :
Tools and instruments
Dimensions :
Height: 18 cm (7″)

Sharp, orange-colored stone in flint whose heel was created.
Wears the inscription relating where it was unearthed.
Very fine condition
The Middle Paleolithic (Middle Stone Age) marks the period of time subsequent to the Lower Paleolithic, characterized by the rise and decline of the Neanderthals and their culture. The predominant industry of this era is termed the Mousterian, named for its type-site Le Moustier, a rock shelter in Dordogne, France (Chase and Dibble, 1987). Though first known from Western Europe, the geographical expanse of the Mousterian ranged from Europe through the Middle East and even into Northern Africa.The Mousterian is defined by the appearance of a method of stone-knapping or reduction known as the Levallois Technique, named after the type site in the Levallois-Perret suburb of Paris, France. Levallois involves very basically the striking of flakes from a prepared core. A knapper would take this core and trim the edges by flaking off pieces around the outline of one’s intended flake. After many uses, the core would acquire a distinctive tortoise-shell appearance (Whitaker 1994). This technique allows greater control over the size and shape of the flake products, but it also indicates a great leap from the cognitive requirements of previous Acheulean technologies. Source: the Bradshaw foundation – see the link for more information