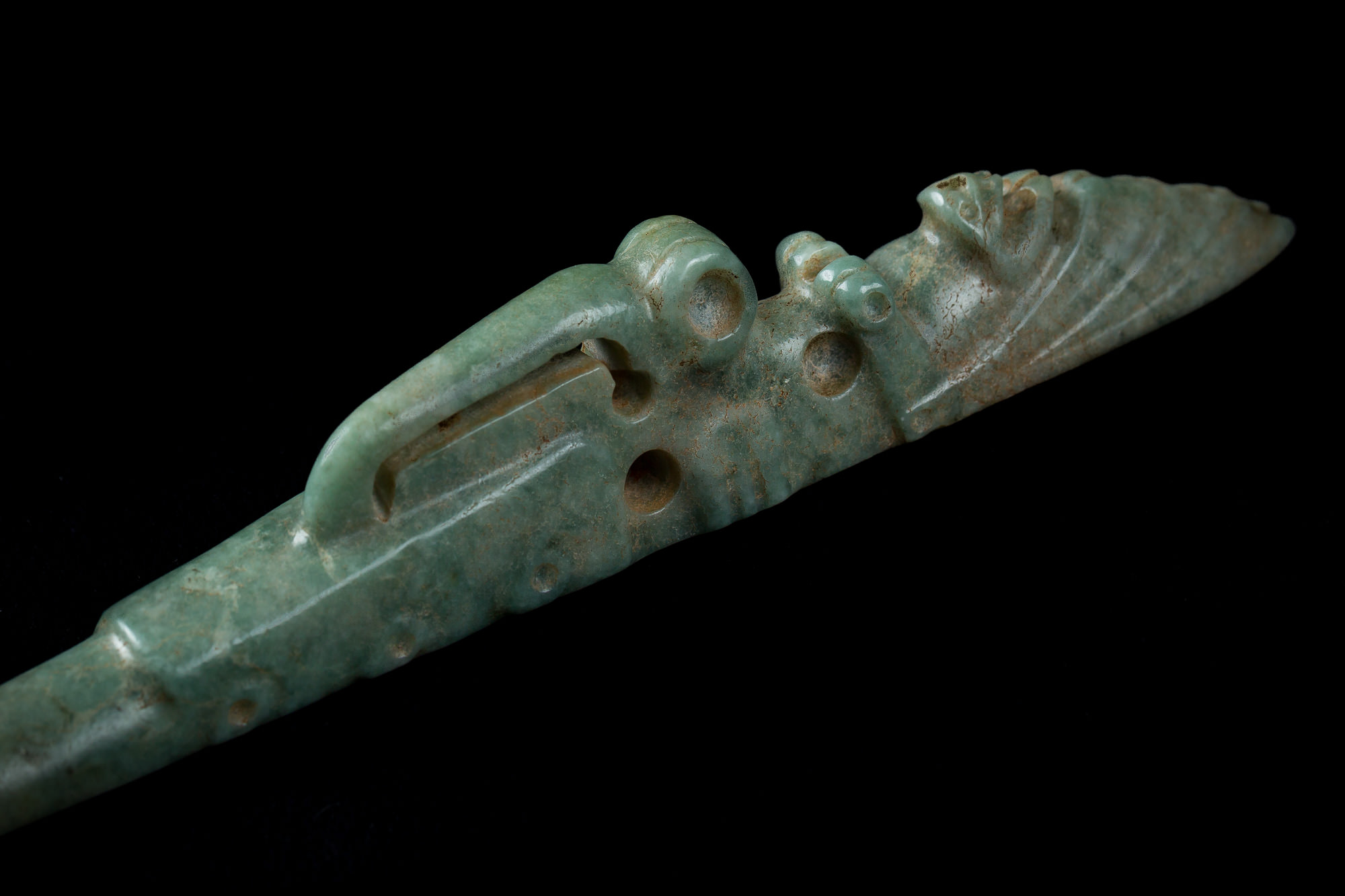 Important talismanic pendant probably used as a firing pin. A man bird with a curved beak is presented on the upper section of the head; the headdress depicts a seated figure dressed with a crown of feathers cascading onto its shoulders. In Mesoamerica, it is customary for the dignitary, as a sign of victory, to wear the head of his defeated enemy on his ceremonial cap. Jadeite green, veined with cloudy and aquatic reflection. The Indians worked with pre-Columbian jade, which is much harder that Chinese jade aided with string saws and sand. An exceptional state of preservation.Costa Rica was once one of the major centres for working and using jade in pre-Columbian America. It is believed that the emergence of jade work is linked to the hierarchy of the society. Jade, which was more valuable than gold, was reserved for the elite and highest aristocracy, who wore it during their lifetime and then placed it in their tombs. The people also wore jade in more rustic pebble forms as a symbol of their different social class. It was used more in the South than in the North where gold was more appreciated, however from the “flourishing” period, some individuals carried the two together. The prestige of jade was also due to the scarcity of its deposits. The most important was in Guatemala in the valley of the Motagua River. The firing pin was used at the beginning of the pre-classical period in the Gulf of the Caribbean and was fashioned mostly by the Olmecs. It is very likely that this particular form was taught to the inhabitants of Costa Rica.