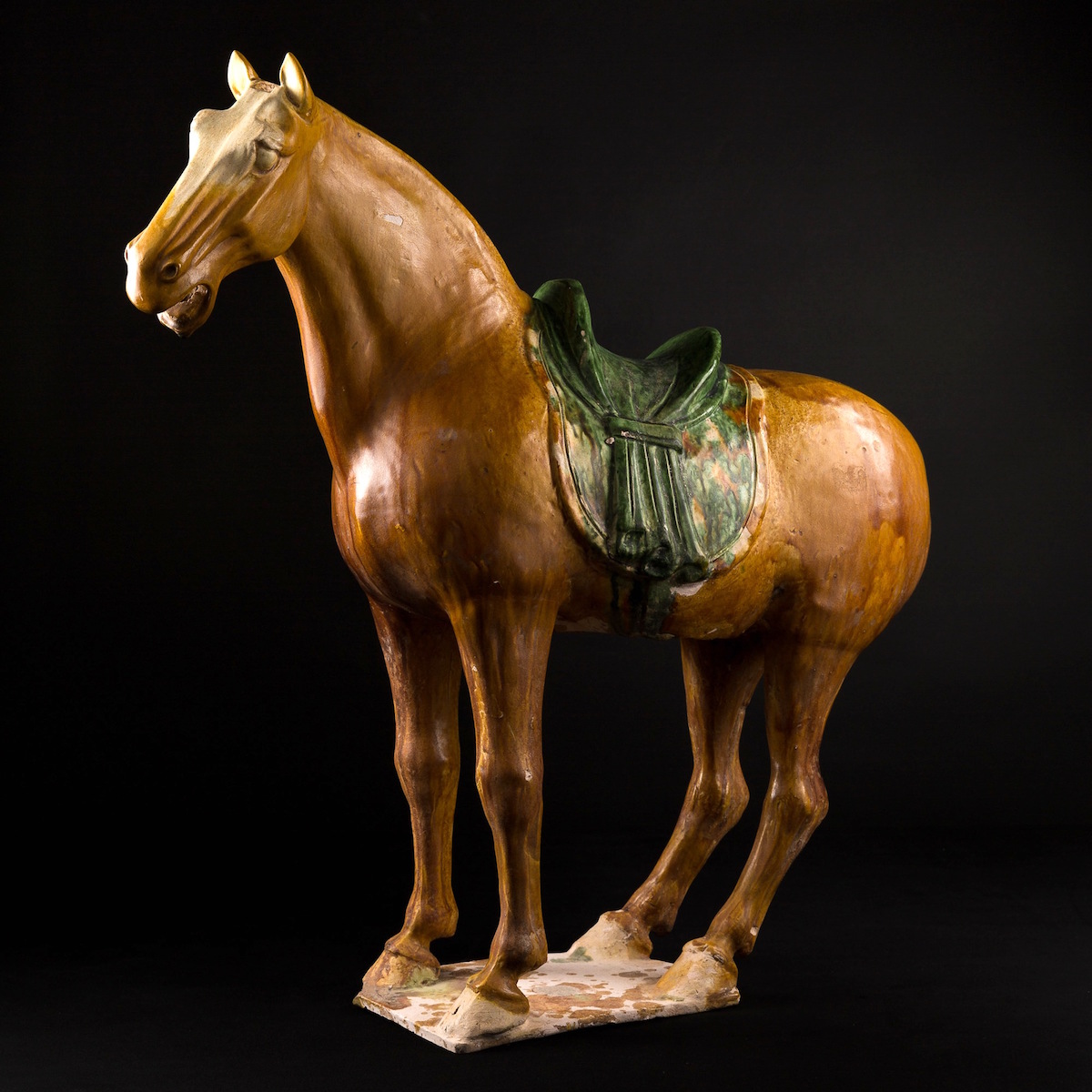 A beautiful moulded horse made with the technique of casting. Slightly pink and rather thin and absorbent terracotta coated with a thick layer of lead glaze of the Sancai type. Glazes splashed on Sancai pieces with sponges often flowed downward during firing, so that the colours appear uneven. The horse is halted, at attention, the four legs fixed on a base, a posture much loved by Tang potters for the majesty it gives to the horse. Typically Tang, this elegant piece is treated in a truly natural way, obviously a result of a good knowledge of horses. Excellent state of conservation. Small cracks due to firing or oldness. Possible small ancient repair not visible.
The glaze called Sancai, meaning three colours in Chinese, was obtained from mixing oxide with minerals then firing in a kiln at 800 degrees Celsius. The polychrome effect was obtained using some colouring agents such as copper (which turns green), iron (which turns brownish yellow) and manganese or cobalt (which turn blue). This technique, coming from northern Chinese provinces such as Shanxi or Henan, is inherited from the Han. In fact, the Han people discovered how to beautifully glaze artefacts, especially those used as burial objects. But this specific Sancai technique using three colours had been invented during the Tang period and it travelled along the Silk Road to later be extensively used in Syrian, Cypriot and then Italian pottery from the 13th to the middle of the 15th century. Sancai became also a popular style in Japanese and other East Asian ceramic arts, after having widely influenced Islamic pottery.