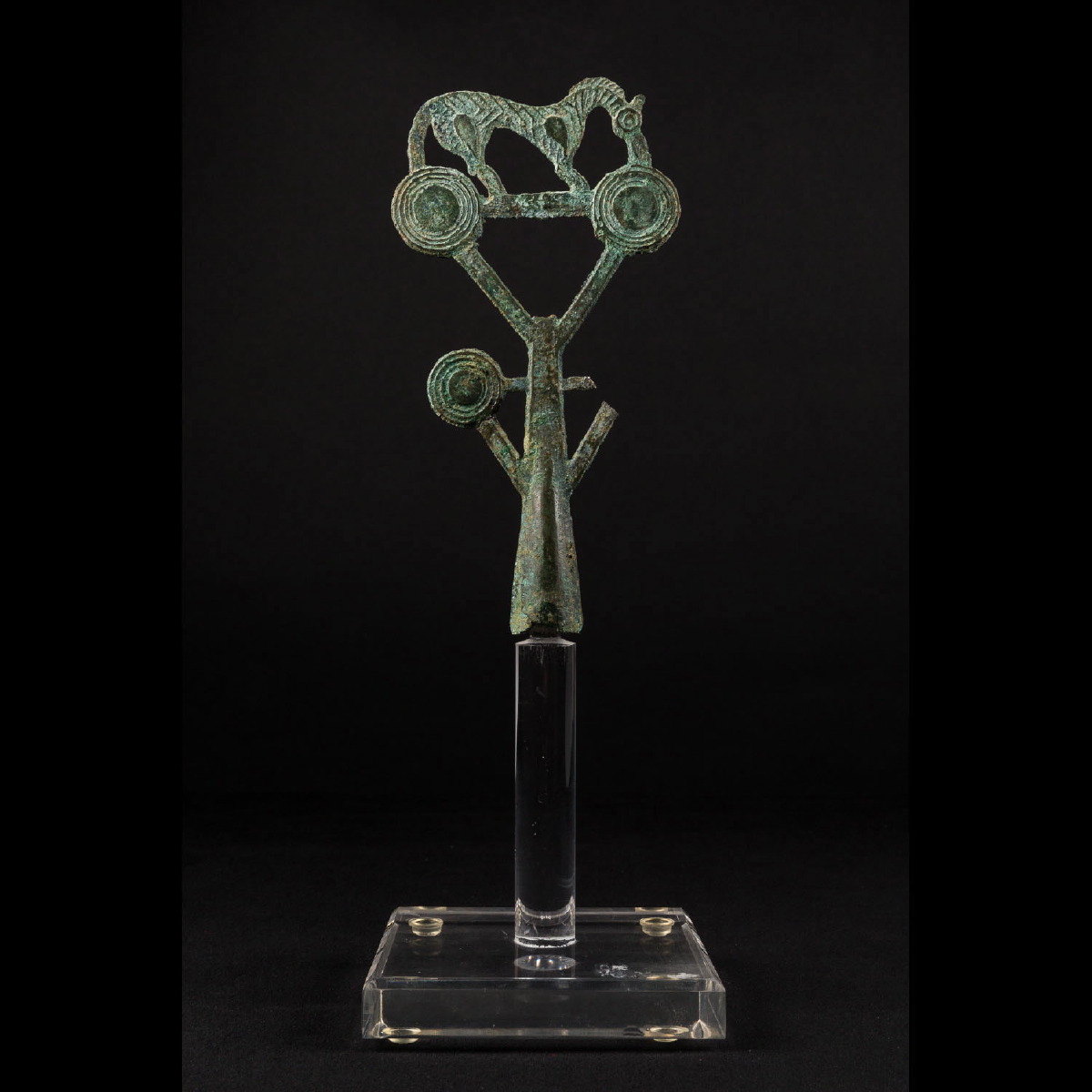 Excellent bronze standard finial showing a horse based on geometric graphics. Two times two small circles with fine lines in relief decorating the perimeter support the horse motif in a very slight bas-relief on either end.
The Dian people worked metals in a sophisticated manner, using both moulding and the lost wax methods in their artisanal designs. The Dian tombs which were discovered only in 1954 contained many of these bronze and then iron objects. Good state of preservation. Ancient green patina. The Dian culture owes its name to the Dian lake located in western Yunnan. The Dian buried their dead vertically and spoke a Tibetan-Burmese language. Archaeological studies confirm that the Dian had domesticated their horses since the 6th century B.C. It is believed that the entirety of this culture was wiped out in 110 due to an earthquake that devastated the area.