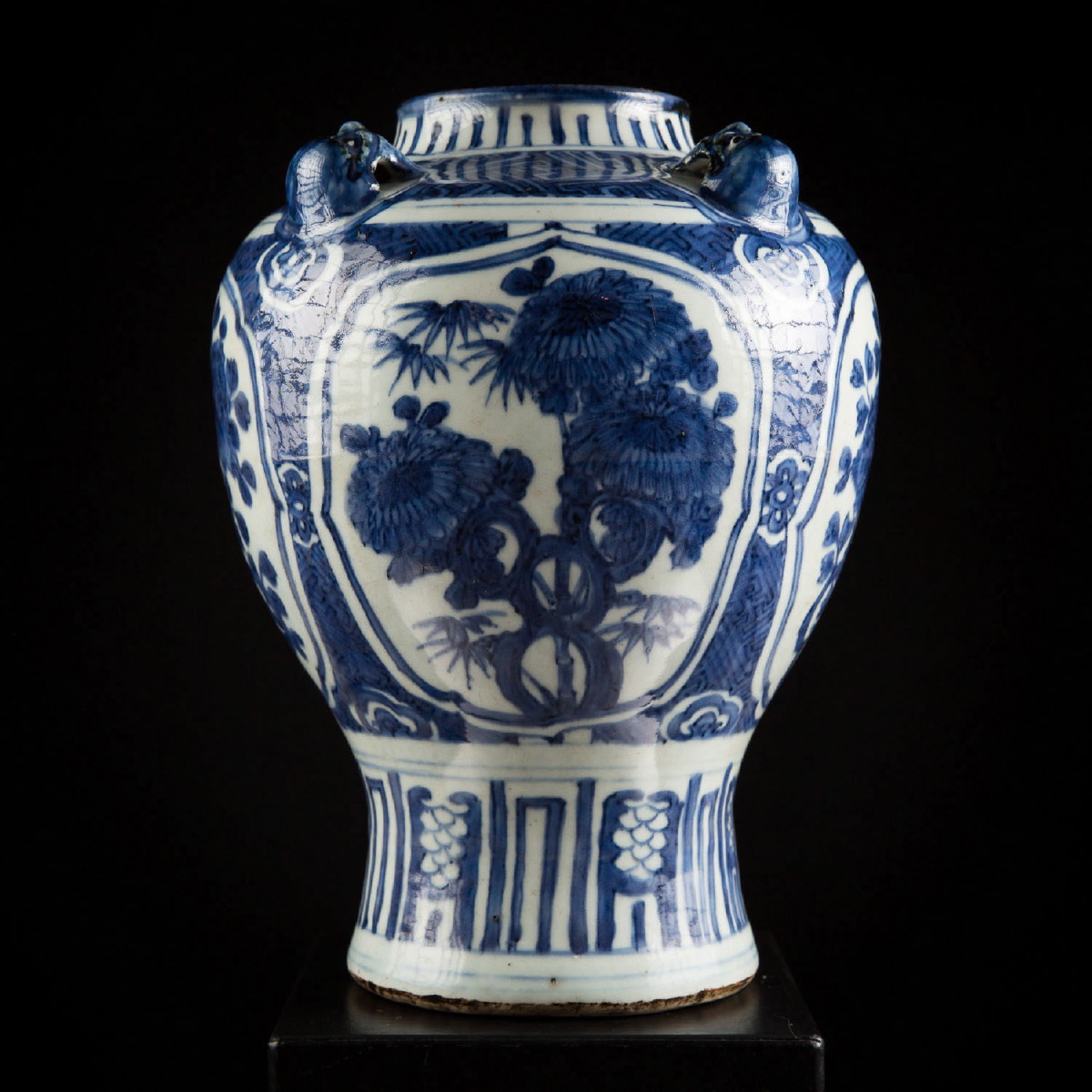 Large baluster shaped porcelain jar with a swollen body and covered with a transparent glaze. Cobalt blue motifs are placed on a white background. The motifs include chrysanthemums and butterflies in the middle of bamboos drawn inside cartridges with dense blue geometric patterns. The shoulder is decorated with a wan pattern and has four lions in relief near the collar.
The Ming dynasty is generally considered as the golden age of Chinese porcelain. Until that time, the blue colour achieved from cobalt was imported from the Middle East, while China was trading with the Islamic world. At the beginning of the Ming dynasty, however, they discovered cobalt in China, which contained little manganese and had less of a brilliant colour. The fact that a very similar jar was found at the Topkapi Museum in Istanbul suggests that it was a product created for export in the Jingdezhen kilns. Ming was not a family name but an appellation, meaning “bright,” “luminous” or “shining.” It was adopted by the founder of the dynasty, Zhu Yuanzhang, who had overthrown the Mongol Yuan dynasty, the previous rulers of China for almost a century. Blue and white porcelain was not a Ming invention, but during the Yongle emperor’s reign it reached dizzy new heights of refinement. New clay recipes made it possible for vessels to become thinner, and new glazes produced a much purer translucent white and a glossier finish. A far greater range of shapes was introduced, including a number inspired by bottles, flasks, jugs, candleholders and pen boxes from the Islamic world.