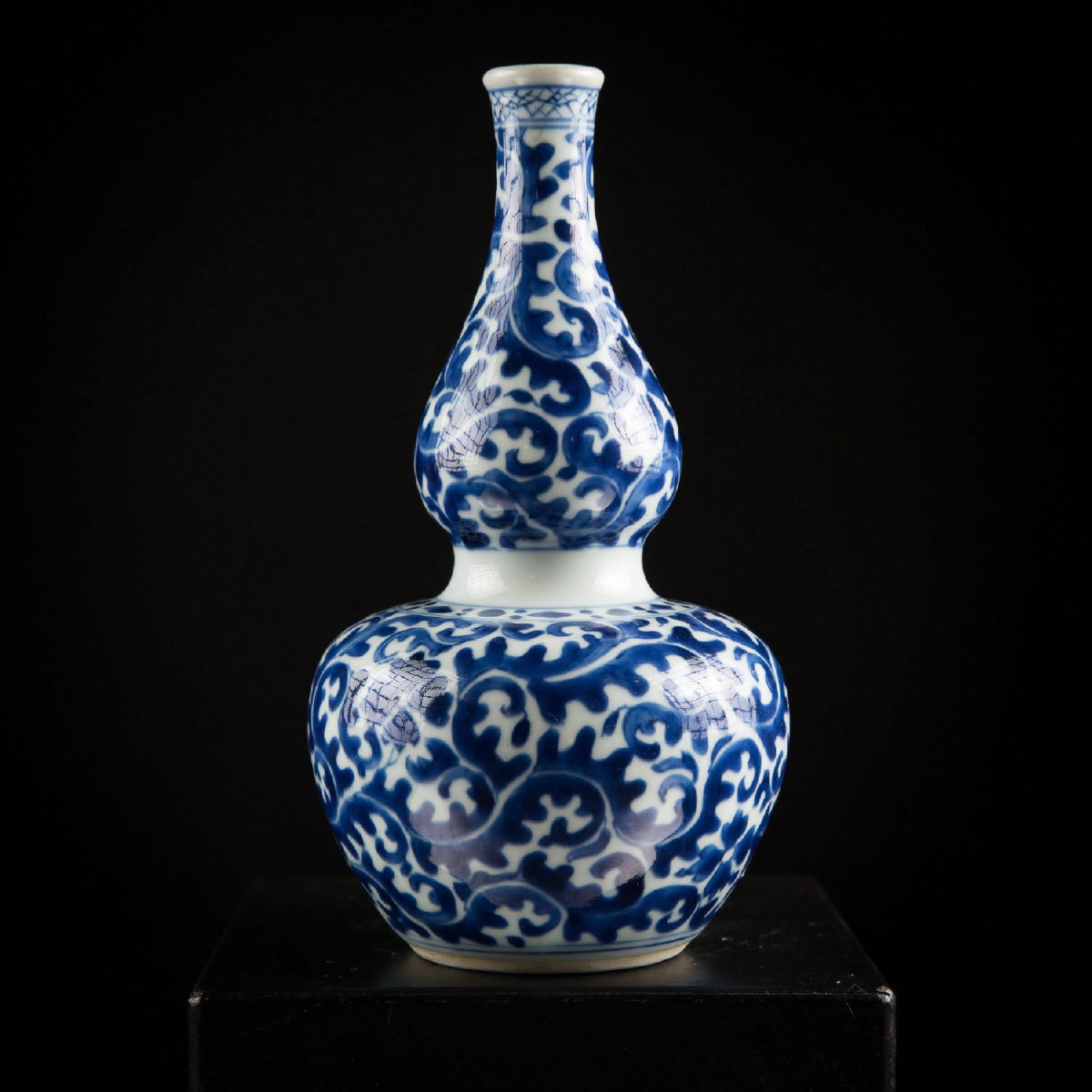 Porcelain vase in the form of a double gourd. Under a glazed layer, the gourd is decorated with a blue motif on a white background. The adornment includes foliage in the form of ferns, white reserve at the base and the narrowing section, the edge of the neck is decorated with a “cracked ice” motif that announces the end of winter. This form, inspired by the calabash, was very fashionable during the Kangxi era since 1683 saw the arrival of the talented imperial workshop director Zang Yingxuan. It was also during this time that the “deep violet in milk” colour was invented. This colour was very pleasing to the European market and under the Kangxi they often produced pieces that are considered both elegant and perfect. The “Kangxi blue”, a colour with a sapphire tone that is allied with a very pure white background, is also a significant invention from this period whose remarkable quality is seen here in this piece. William Rhinelander Stewart was a philanthropist and financial man born in the United States. His family was for a long time the largest landowner in the city of New York. In 1902 he became the President of the Metropolitan Museum of New York until 1904. The MET’s collection of Chinese vases, consisting mainly of donations from the greatest collectors of the 20th century, is world renowned.

» William Rhinelander at the MET » Kangxi porcelain: a history » Metropolitan Museum for the shape » Metropoltan Museum of Art