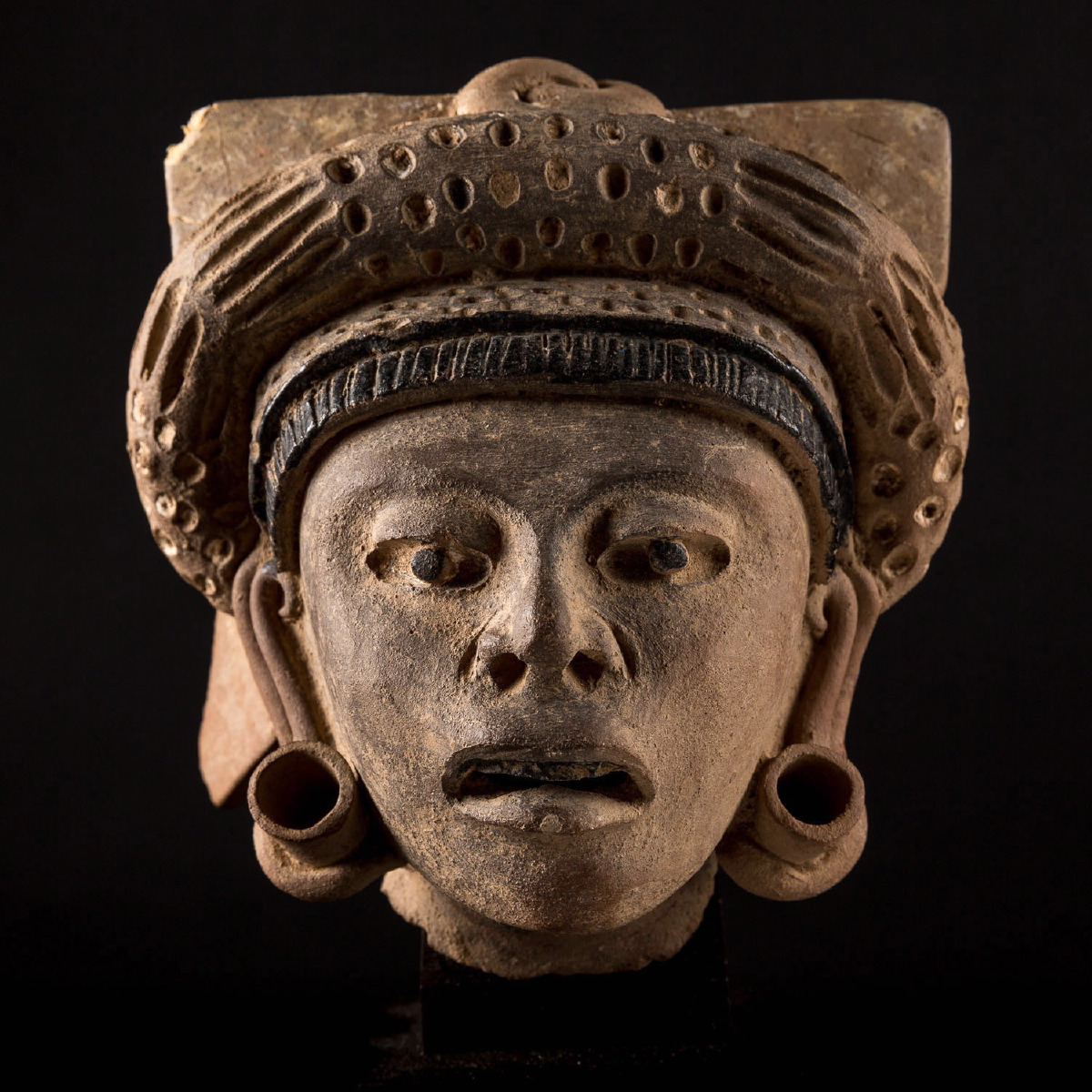 Excellent statue moulded in terracotta, representing the face of a woman adorned with a cap and earrings and decorated with a bituminous black material called Chapopote. The eyes are exalted, the pupil underlined with a striking black iris and the mouth is open. Both side of this face are complete with stylized ears adorned with large earrings. The elaborate cap encircles the front of the flat headband topped with a turban. Good conservation with restorations to the fins of the cap. Missing the lower left mat. Presence of ancient patina.

The “classical culture of Veracruz” that characterizes the style of this statue refers to a cultural area located in the North and Center of today’s state of Veracruz in Mexico. Human sacrifice is the major line of this art, particularly in the framework of the ball game which concluded with the ritual bleeding of the penis that could lead to death. This art has created important and sophisticated friezes sculpted or designed on cyclopean walls as well as on furniture and on ceramics. Although it was influenced by the Teotihuacan as well as the Mayan culture, it does not seem to be a direct heir of any of these two cultures, while Olmec influences still seem more probable. This face of a woman with an embalmed and surprised expression is decorated with a black bituminous material called chapopote. The eyes are fanatic, the pupil highlighted with a black iris, and the mouth is half opened, following the usual artistic references. Big circular earrings hollowed out in the center are placed inside the ears, and the elaborate headdress surrounds the forehead with a flat headband with a turban over it. This face has a particular suggestive strength, the frozen expression adding more to the dramatic character of this representation. It was part of the museum of Jacques Chirac and it has been published in the catalogue of this Museum.