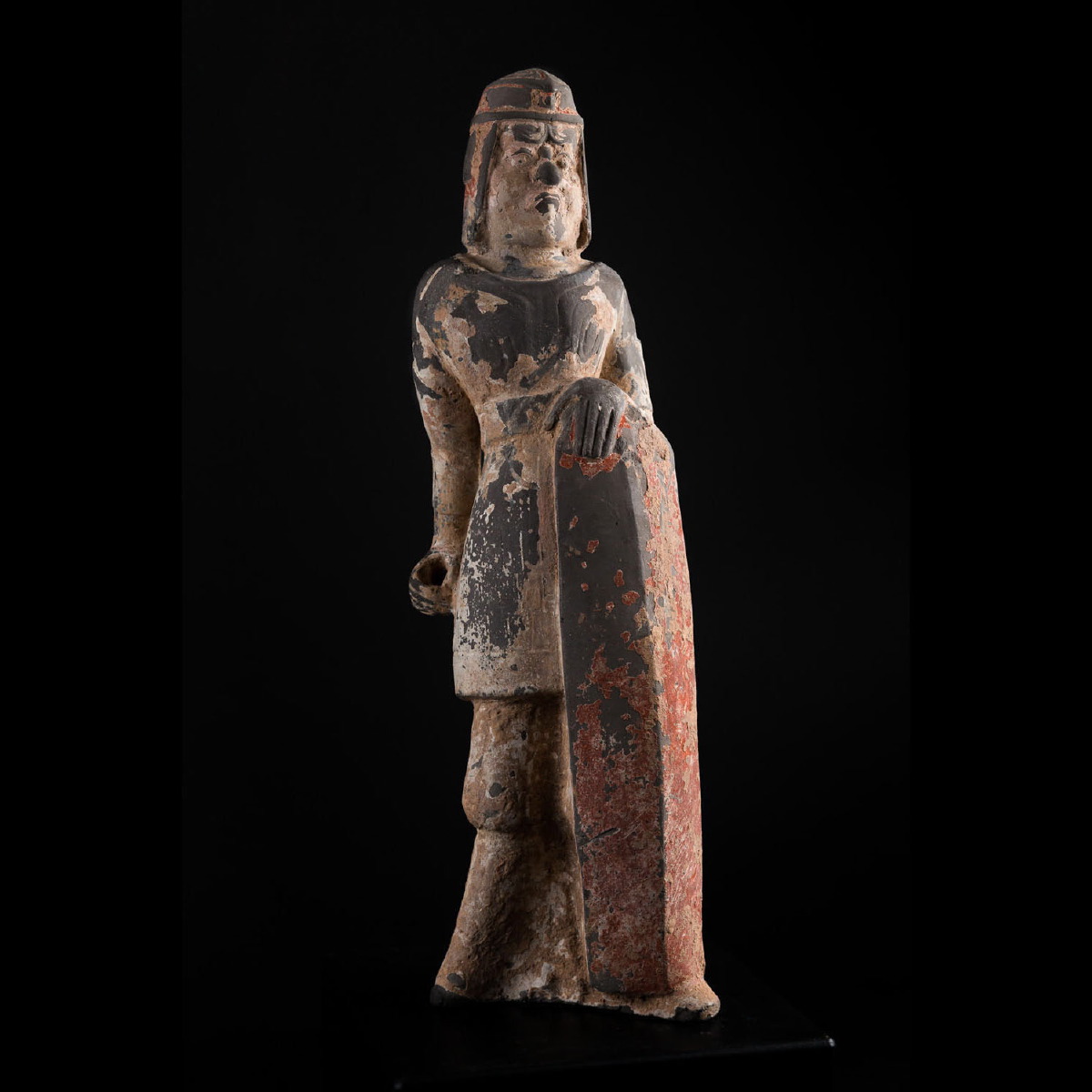 Statuette moulded in grey terracotta, then painted with significant traces of orange colour on a white slip. The helmeted warrior is standing, the left hand resting on a big oblong shield. The rounded helmet is of the doumou type that also protects the ears. A grimace on the severe face and the knitted eyebrows are meant to scare the enemy. The chest is protected by a mingguang kai breastplate with a wide belt. The baggy breeches, fuku, go into high boots of boiled felt. He wears a scarf knotted at the right wrist. This is the uniform of superior officers. The object is well preserved and shows crust from the excavation. Very fine condition.The Wei dynasty, founded by a people of Turko-Mongol origin, the Tabgatch also called Tuoba, broke with the Han people, the main origin of China’s population. The dynasty symbolized a new order for a country that, prey to invaders, would find unity in the north thanks to the them. In the mid-6th century tombs, identical armour (helmet, breastplate, breeches and shield) has been found. The role of these officers in the tomb was that of guardian, which explains the mimicry.