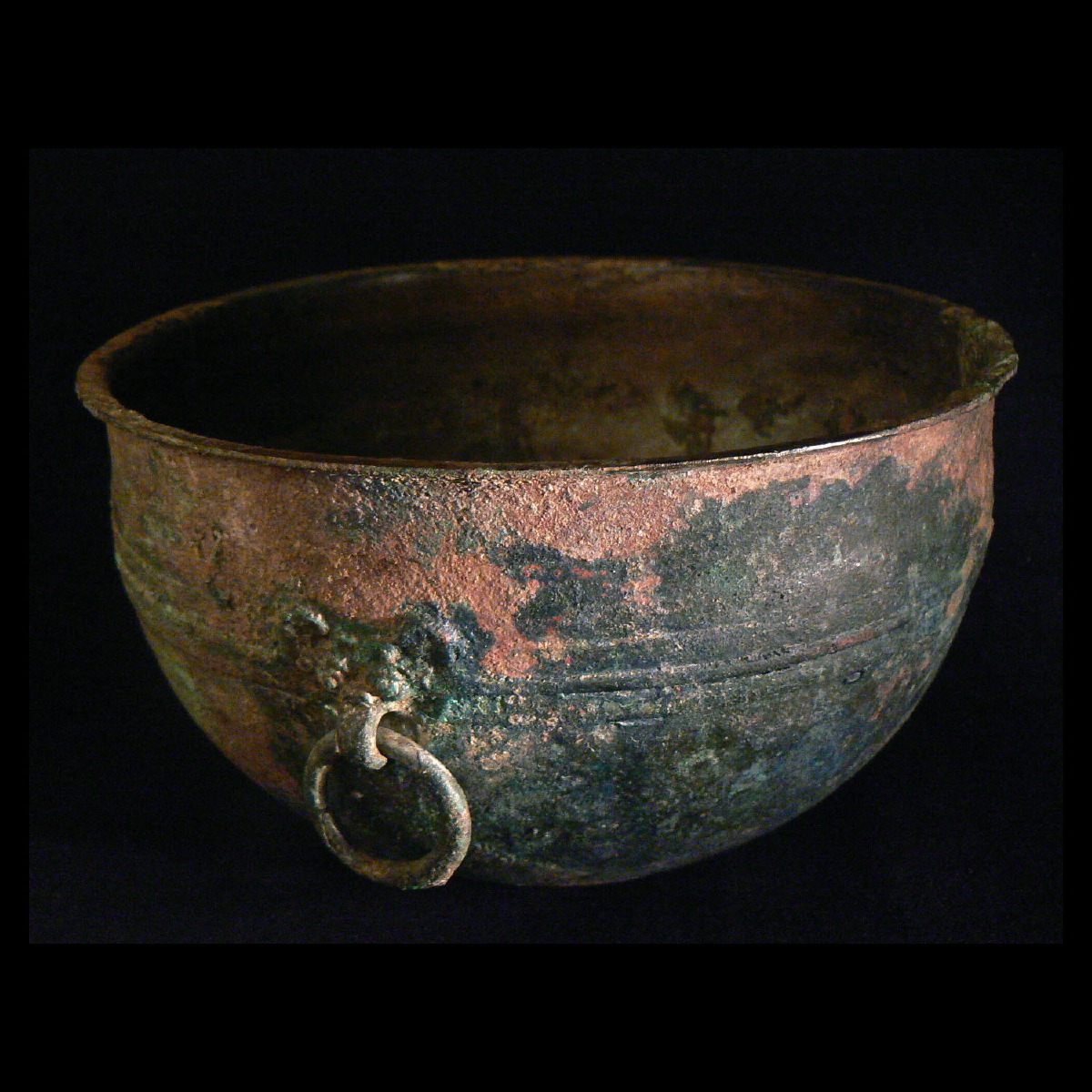 Bowl in bronze, alloy of copper and tin with small quantities of lead. Adorned with two Taotie masks situated on either side holding ring handles in their mouths. The bottom of the bowl has a mark at its centre which demonstrates where the two sides were welded together, a typical manufacturing style of this period. Two embossed rings surround the bowl joining the Taotie masks on each end. The inception of bronze in China marks the end of the Stone Age. From the 17th century B.C. until the period of the Han, rare and precious bronze is used principally for ritualistic funerary vases of the nobility. Excellent state of preservation. Presence of a beautiful green patina on the bronze with traces of cuprite, apparently untreated and in its original condition.

For the past 4000 years, the Chinese artistry of bronze has morphed together all the animalistic characteristics of the world into one ferocious and zoomorphic creature called the Taotie (meaning greedy in Chinese). Characterized by its bulging eyes, carnivorous jaw, horns and ears, the Taotie is sometimes stylized to the extreme, remaining an enigmatic interpretation. It remains in question if this is a religious symbol, a clan emblem or maybe an intercessor between man and the spirit world.