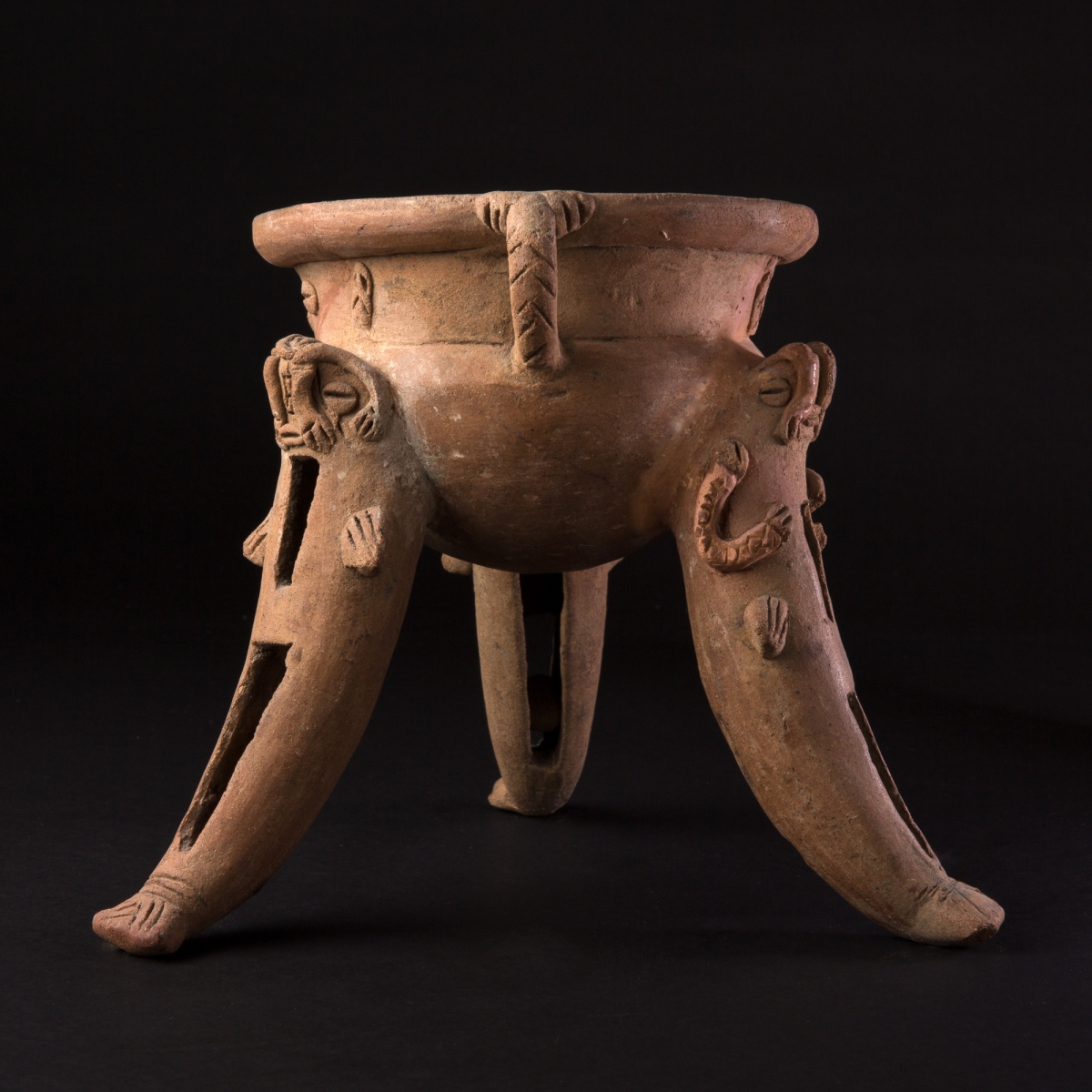 Cocoa pot in orange terracotta with three shark-shaped feet supporting a round bowl. The bowl is slightly flared with traces of fire on the inside. Each foot contains a small ball which emits a sound when the pot is moved. It is thought that this sound would assist during incantations to provoke the rain. The pot was most probably cast while the legs were moulded and then attached. This object has some fractures which have been restored, however there are no missing parts.

The region of Chiriquí was discovered by Gaspar de Espinosa in 1519. Their land consisted of volcanic terrains situated between the Atlantic and Pacific oceans and was separated by Mesoamerica and cultures of the southern Andes. The Chiriquí people developed an art that was completely original and they are well known for their pottery.