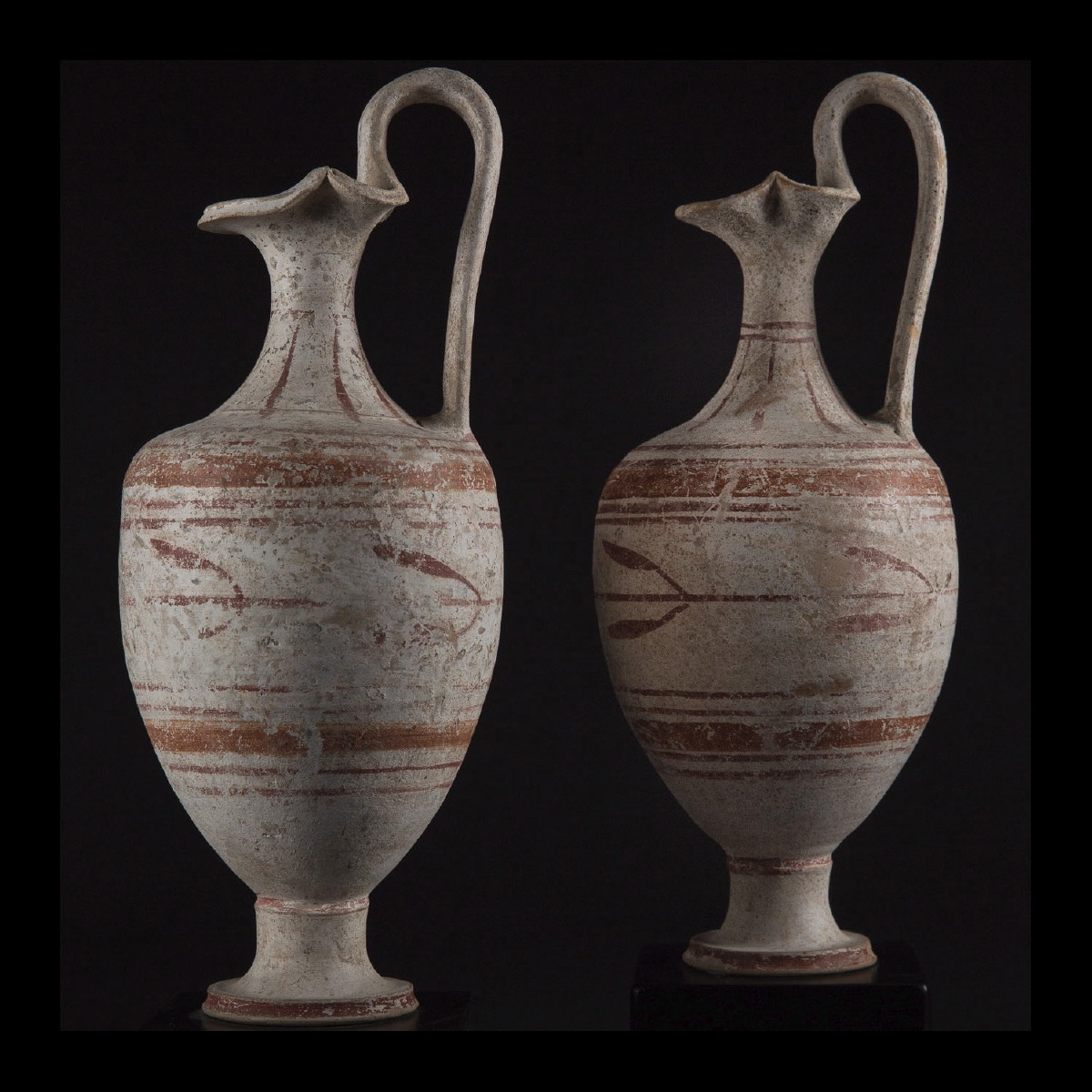 A fine pair of vases called oinochoe (meaning wine pitcher) with ovoid body based on a small pedestal, the mouth up a concave thin and narrow neck terminated in a trilobate form also called trefoil. High arching and elegant handle. Thin pink filtered terracotta, preserved extensive red pigment over white slip, with a design of olive foils with horizontal stripes in red. Original delicate painting with red colour well preserved. Some minor traces of limescale deposits, and some scratches to the painting due to age. The two vases are fixed on a simple squared metal base black painted in order to ensure perfect stability. Some possible ancient repair.

Coming from Canosa, at the time an important city of Southern Italy, this pair of vases well reflects the influence of the style of the local people, but also that of the Greeks who settled there. After the Peloponnesian War, the exportation of ceramics from Athens collapsed, and the artists chose to exile themselves to set up pottery workshops abroad, bringing their techniques, but also their decorative motifs with them. Thus, in the 4th century BC, Canosa saw the debut of the grand fashion for listati, parallel bands of reddishpink or brown, applied to vases, with the characteristic white backgrounds appearing only from the 3rd century BC onwards. These two elegant wine jugs, called oinochoai, have a narrow, thin neck, a slender pedestal base and a trefoil mouth, which lend them great grace. Made of fine-grained earth, worked with a slow potter’s wheel, the jugs are covered with a veil of milk of lime, and decorated with a typical Mediterranean motif of olive leaves. Finely decorated vases in this style, are among the most celebrated in Apulia and those two are perfect