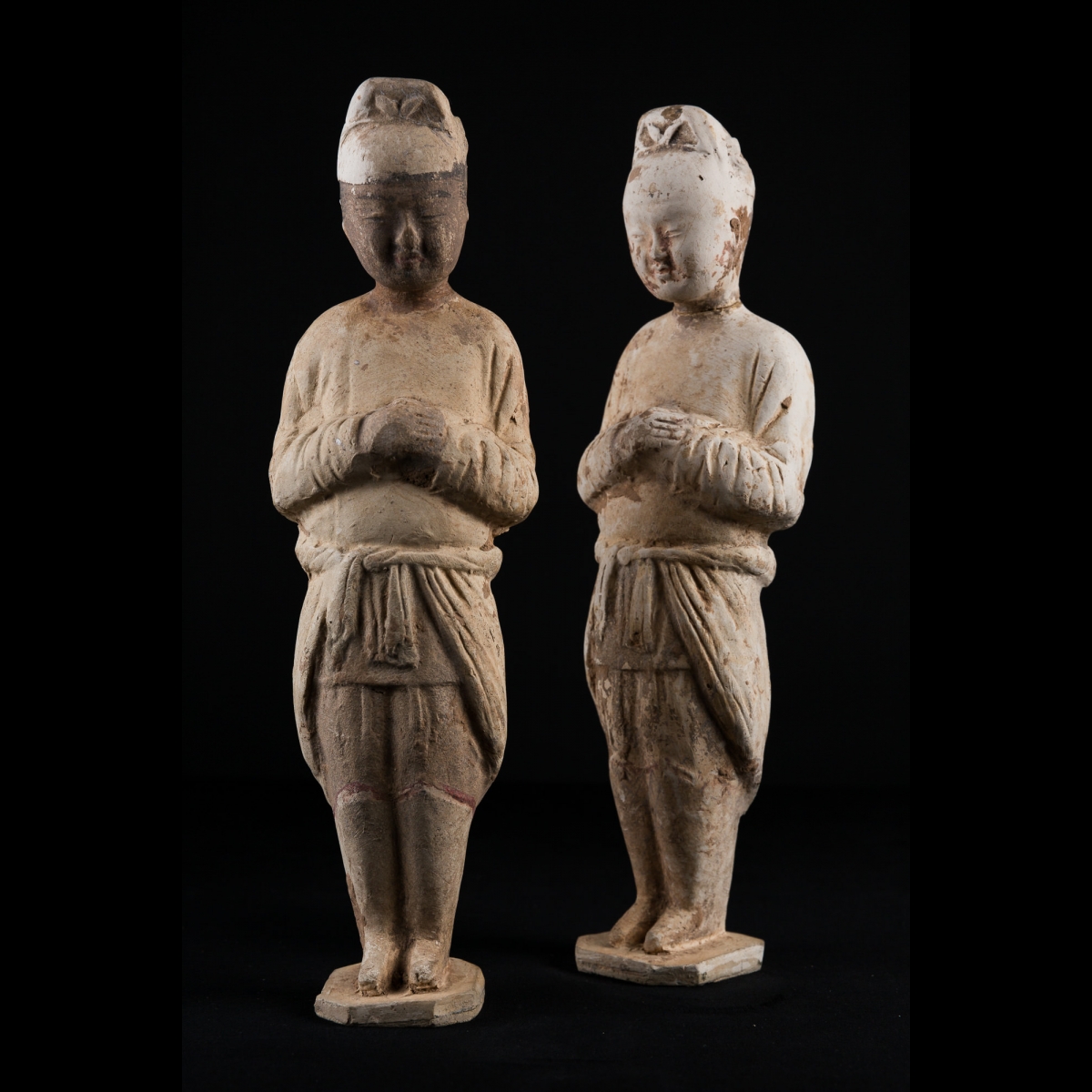 Two statuettes of servants standing upright, moulded in beige terracotta which has been covered with a white slip. Some traces of polychromatic brown paint still visible. The delicately sculpted heads are leaning slightly forward, the hands are politely folded across the midsection as to display a servants respect and submission. They are wearing a long tunic tied at the waist over a pair of trousers and their hair is pulled up into a knotted kerchief. The head of one statue has been reaffixed. Very fine condition.

These figurines belong to the tradition of the mingqi. These were funerary substitutes initially made of wood during the Warring States period of ancient China (480-222 B.C), and becoming more generally made of terracotta under the Han. These servants were placed in the tombs of the deceased in order to accompany and continue to serve their master in the afterlife. As a result of the teachings of Confucius, this statuary tradition replaced the cruel custom of sacrificing the servants of important dignitaries upon death.