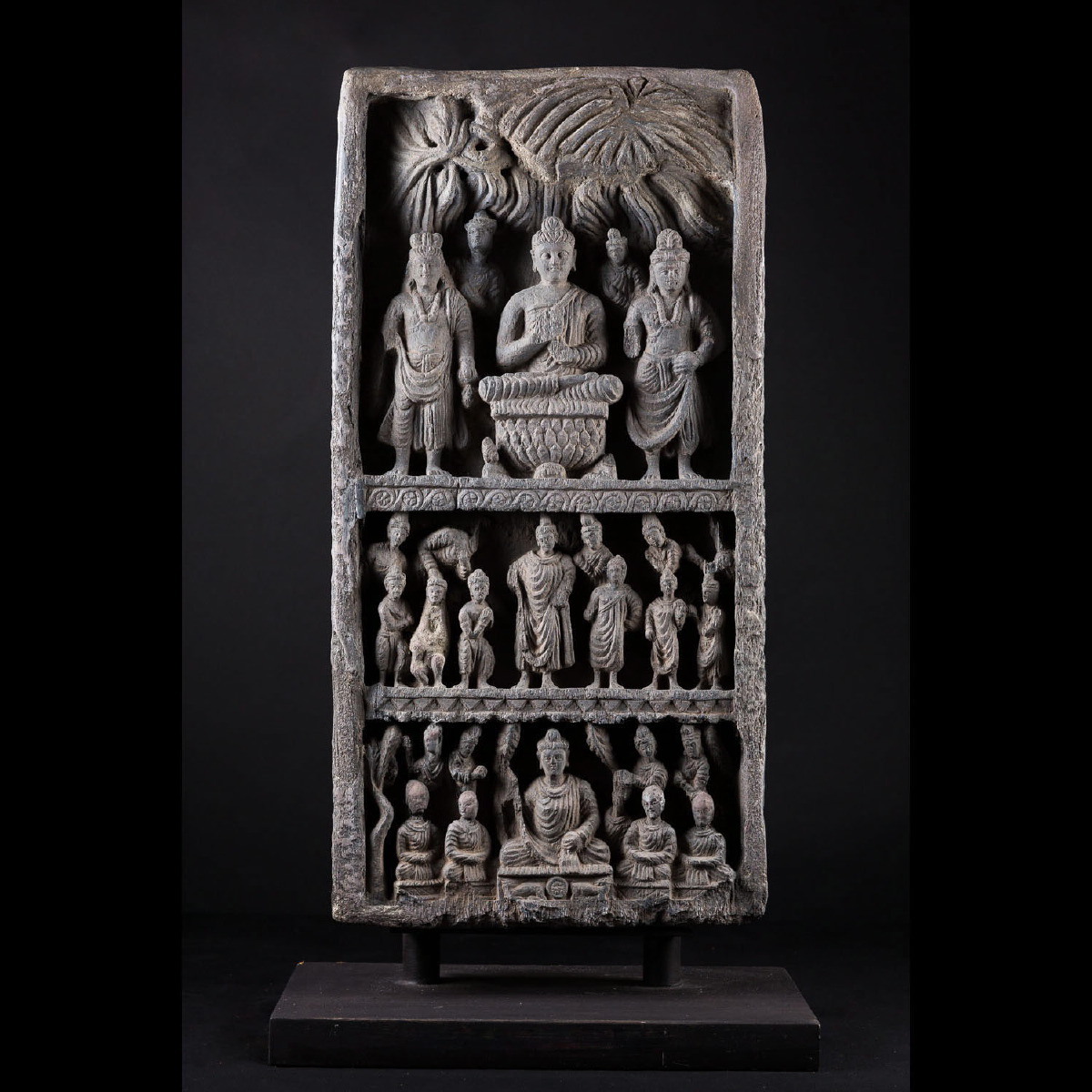 Large and rare rectangular stele sculpted in bas relief. The stone is a crumbly grey schist. The back of the stele is flat because it must have been placed against the wall of a stupa or temple. Presence of three registers placed on top of each other that evoke various episodes in the life of Buddha. He is shown here accompanied by servants and Bodhisattvas. Ancient restoration on the upper part. The object is fixed on a base.

The system of representation on superimposed levels was much in fashion in Gandhâran art. It allowed the diverse episodes in the life of Buddha up to the end of his journey to Nirvana to be depicted more lively. On this stele Budddha is seated in the top row in meditation on a throne in the form of a lotus bud, symbol of purity, below a floating canopy. Next to him stand the Bodhisattvas, princes who will go preach the good words of Buddhism. The lower rows show him surrounded by his servants with the four angels that incarnated the scourges of the pain of birth, of sickness, of old age and of death, to which humans are subjected. This stele, though clearly of Indian inspiration, also presents the characteristics of Greco-Buddhist art that developed under the influence of the Macedonian king Alexander the Great's journeys in these regions.