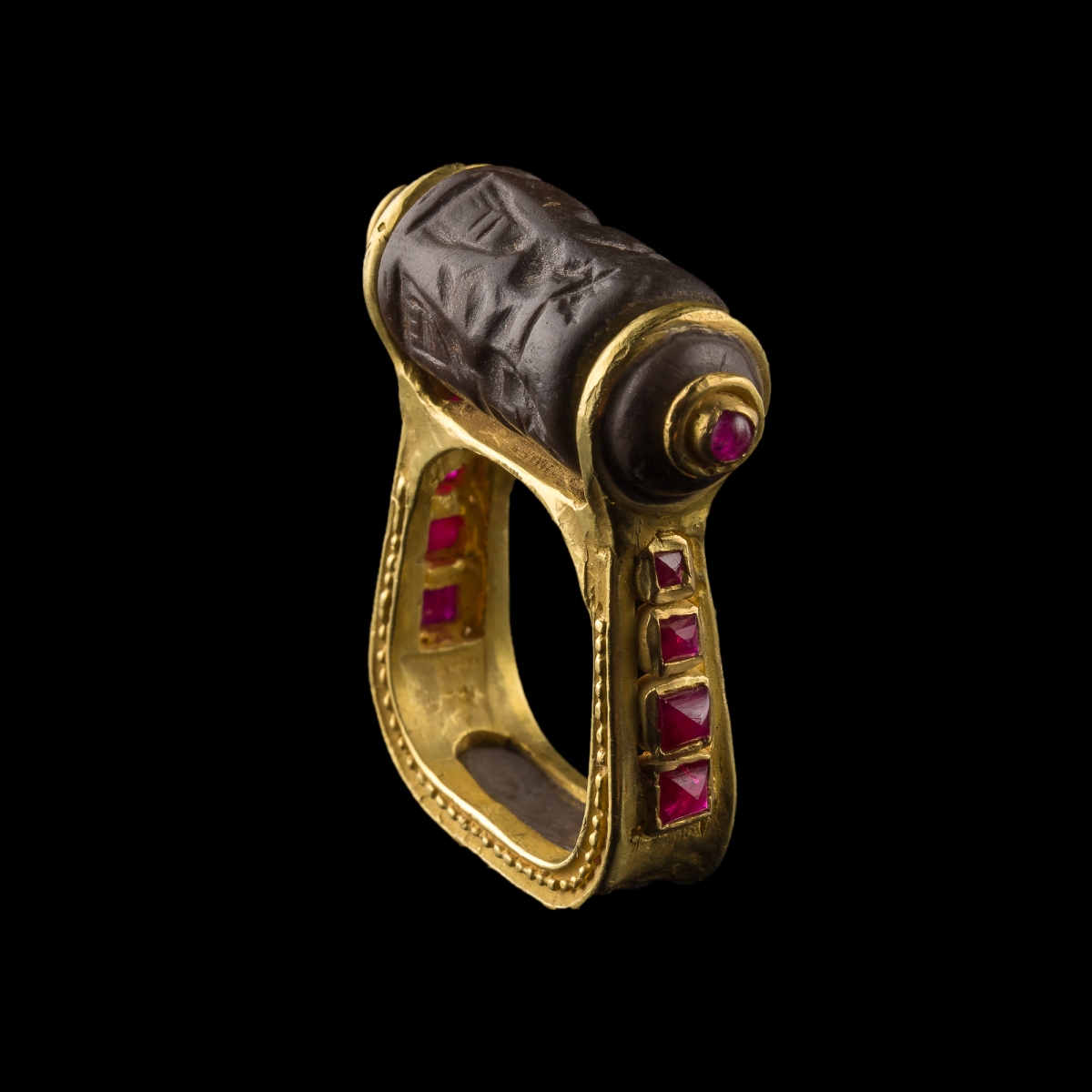 The Bijarchéo Collection is an exclusive trademark of jewellery from Galerie Golconda. Each unique model is crafted using authentic archaeological pieces. Only the most valuable metals such as gold and silver are used so that each piece can be worked in accordance with the traditional methods and manners of ancient jewellery

A cylinder seal is a cylinder engraved with a 'picture story', used in ancient times to roll an impression onto a two-dimensional surface, generally using wet clay. Cylinder seals were invented circa 3500 BC in the Near East, at the contemporary site of Susa in south-western Iran and at the early site of Uruk in southern Mesopotamia. They are linked to the invention of the latter cuneiform writing on clay cylinders. They were used as an administrative tool, jewelry and as magical amulets; later versions would employ notations with Mesopotamian hieroglyphs. In later periods, they were used to notarize or attest to multiple impressions of clay documents. Graves and other sites housing precious items such as gold, silver, beads, and gemstones often included one or two cylinder seals, as honorific grave goods. The seal itself was made from hard stone, glass, or ceramics such as Egyptian faience. Many varieties of material such as hematite, obsidian, steatite, amethyst and carnelian were used to make cylinder seals, but lapis lazuli was especially popular. As the alluvial country of Mesopotamia lacks good stone for carving, the large stones of early cylinders were imported probably from Iran. While most Mesopotamian cylinder seals form an image through the use of depressions in the cylinder surface some cylinder seals print images using raised areas on the cylinder. The former are used primarily on wet clays; the latter, sometimes referred to as roller stamps, are used to print images on cloth and other similar two dimensional surfaces. Cylinder seals are a form of impression seal, a category which includes the stamp seal and finger ring seal