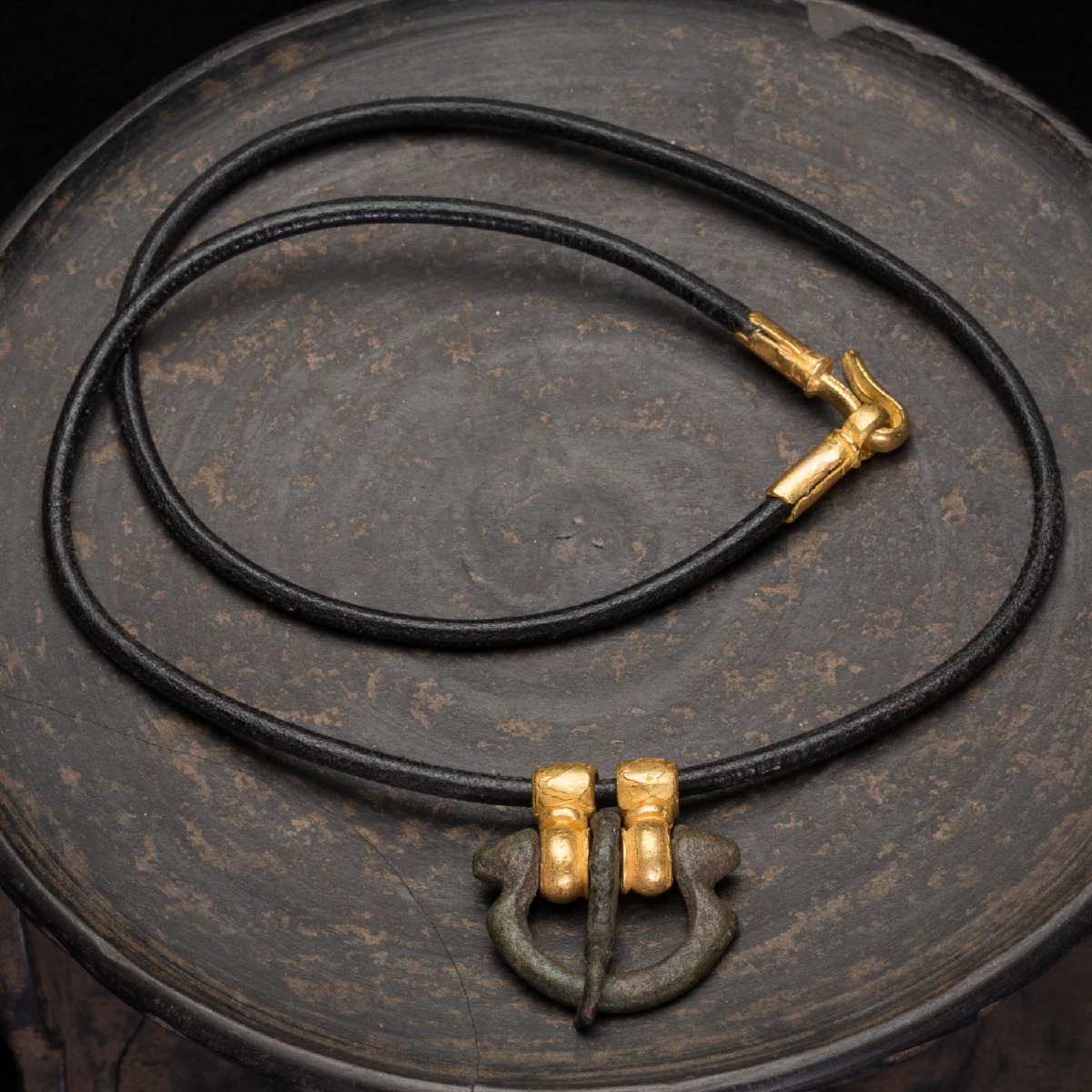 Fibula in patinated bronze, cast iron with mold, Roman age, mounted on a 22 carat gold bail. The pendant is attached to a leather tie with a gold hook. An omega-shape formed by a circle open at a point and a barb that can move on this circle. This model was very in vogue between during the 1st century BC until the 5th century AD. The fibula (from the Latin fibula meaning attachment) is an antique staple, often made of metal, which holds the sides of a garment, it could represent a rank in the army. They were sometimes used as amulets to ward off bad luck or as offerings.