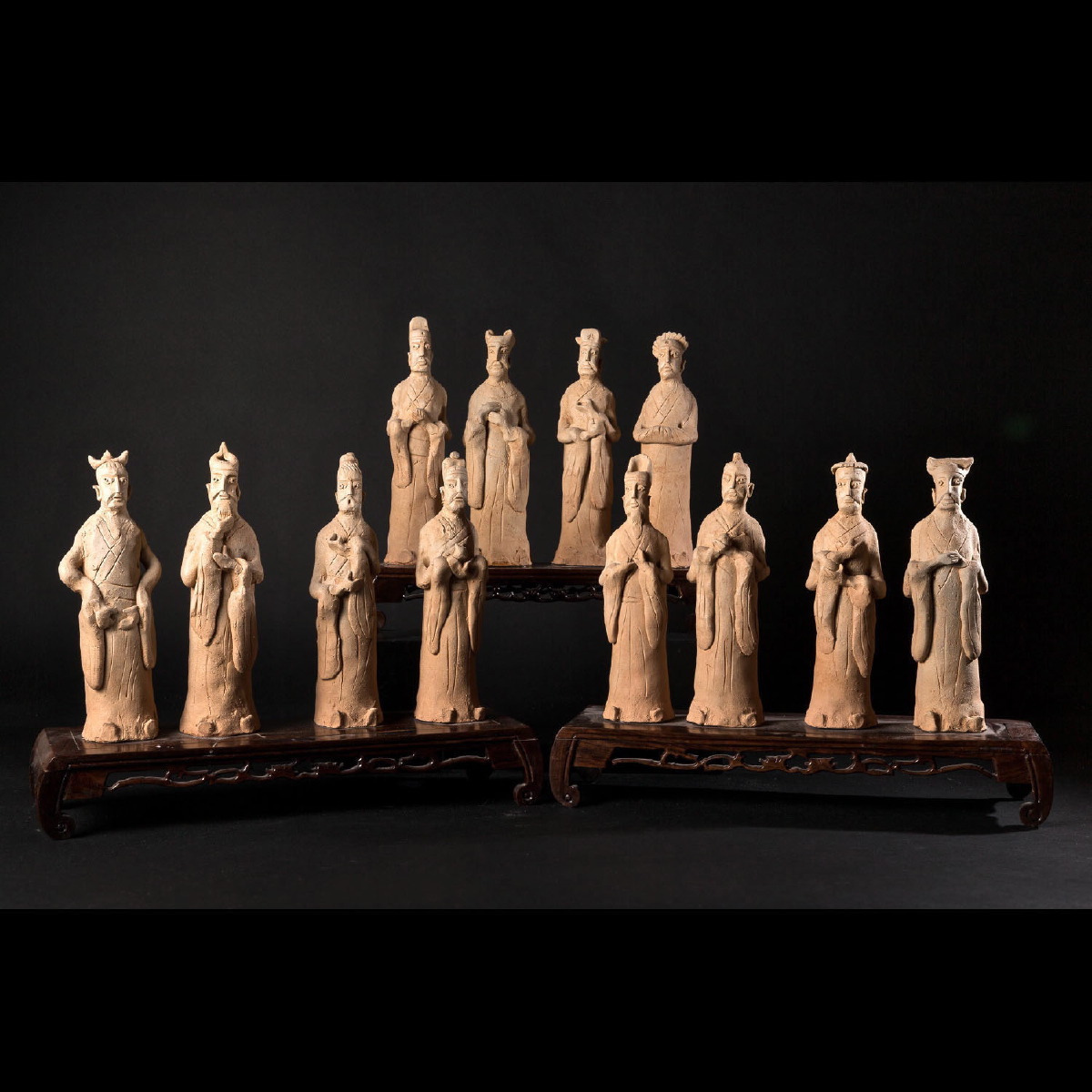 A series of twelve figures in light beige, unglazed porcelain. The pieces were hand-made with the knife technique, used to facet the bodies and the faces. Each figure has a different expression, and also a different headdress, which each time has been personalized. Two holes around the elbows and on top of the headdress lead us to think that there had been additional ornamentation today lost.

We know that the dignitaries during the Song period wore a ceremonial robe of different colours depending on their rank: purple for the high dignitaries, followed by vermillion for the 3rd to 6th ranks, green for the 7th and turquoise for the 8th. The son of the heavens himself wore a yellow ceremonial robe. The clothes were made of twelve pieces of fabric, in allusion to the twelve months. The number 12, symbol of the universe divides the sky, considered a cupola, into twelve sectors, the 12 signs of the zodiac.