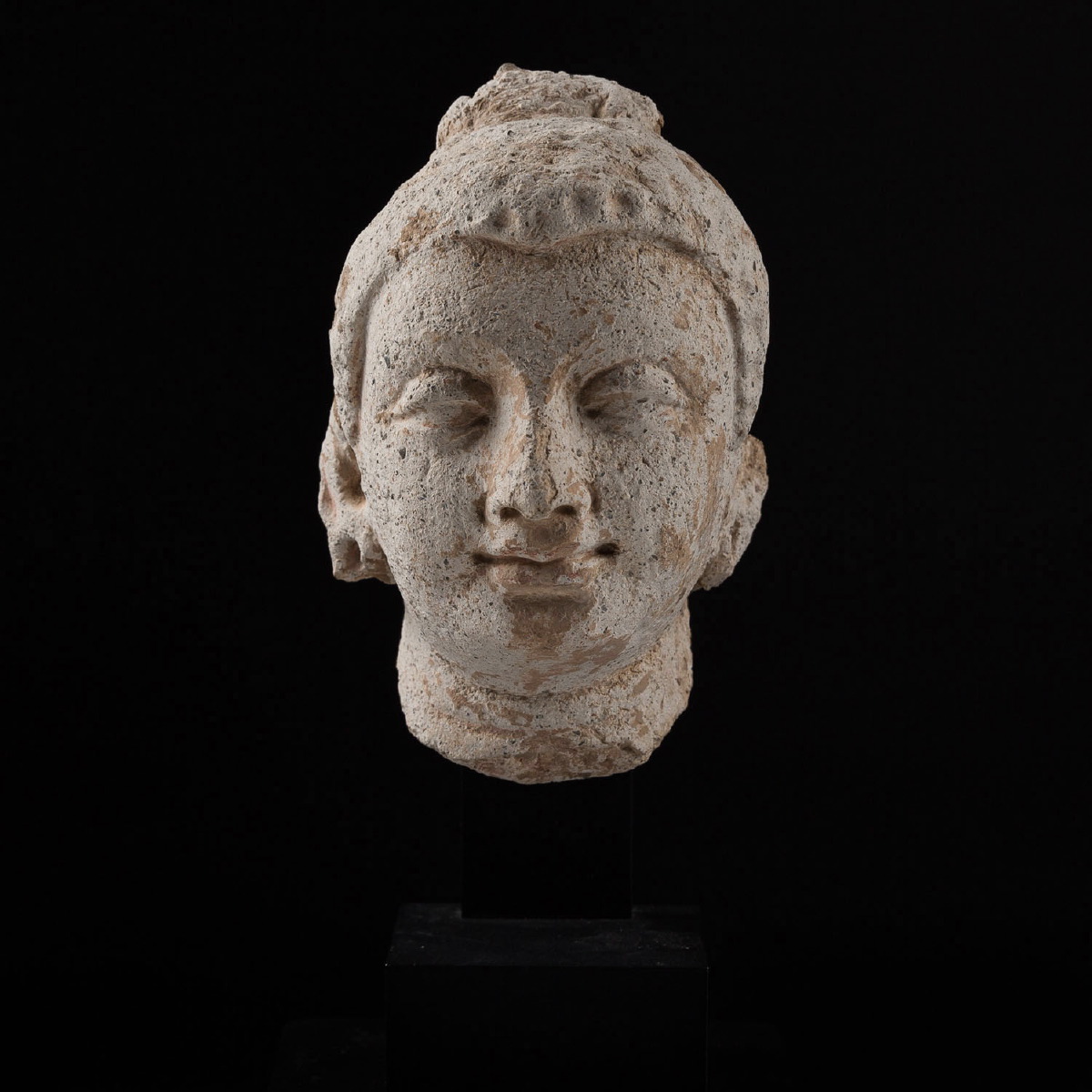 Masculine head in light beige stucco of medium grain. It wears a high chignon, has elongated earlobes, half-closed eyes and straight nose, marked arch of the eyebrows and full, well-defined lips. The protruding eyes are a characteristic of the regional style. The technique of stucco statuary developed in the Greco-Roman workshops of Alexandria. It involved applying a succession of coats having an ever finer and slow taking load, which demanded true know-how. Very good state of preservation. Some missing fragments, signs of erosion.

A bodhisattva wishes to follow the path laid out by Buddha in order to reach Awakening. The Gandhara corresponds to present-day Pakistan and southern Afghanistan. By extending his territory to the Indus Valley, Alexander the Great bequeathed a technical and stylistic tradition of Greek art to Buddhist spirituality. Before that, Buddha could only be represented by the eight symbols he had created. But for the Greeks gods were men and should be represented as thus.