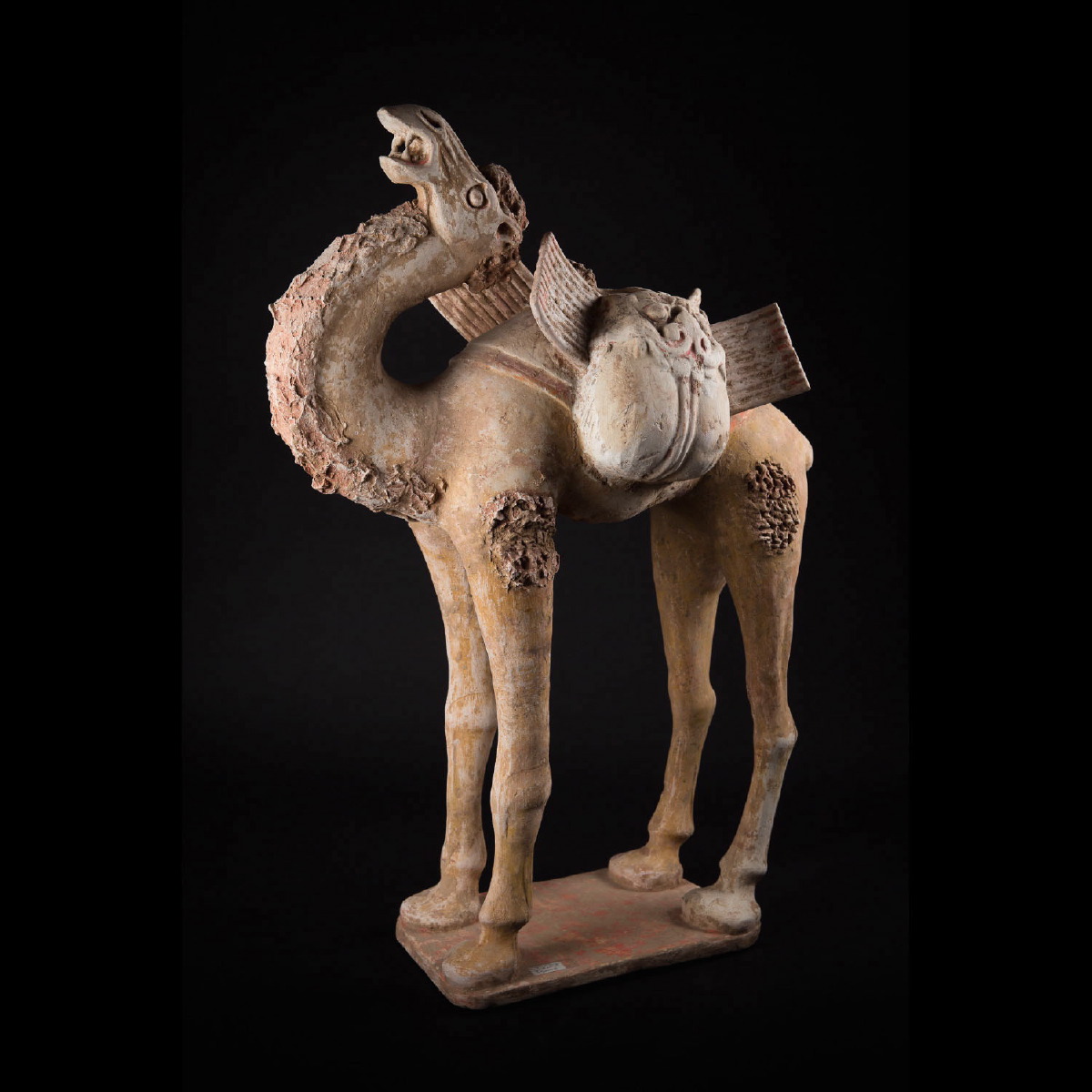 Two-humped camel with long legs, in a clear beige terracotta, partly moulded and partly fashioned with some traces of a layer of white slip and polychromy. The camel stands still and proud, head upturned, with the mouth open to show a complete set of teeth. Standing four square on its plinth, wearing a packsaddle and a double-pocket beggar’s bag. Its coat is nicely elaborated with an interesting work in relief. Good state of preservation. Possible ancient repairs.

The camel from the deserts of Central Asia could have originated from Bactria as Linnus documented in 1758. The camel with its two fatty humps was a very important animal for the Chinese economy. It was widely used as a draft animal, as well as a mount and to transport merchandise along the Silk Road. The Chinese ate its meat and drank its milk (always fermented) and they weaved its much-appreciated wool. Nearly two meters high, it was known in China since the Han dynasty, an era in which the emperors used them for their hardiness in the postal delivery at the borders of the deserts.