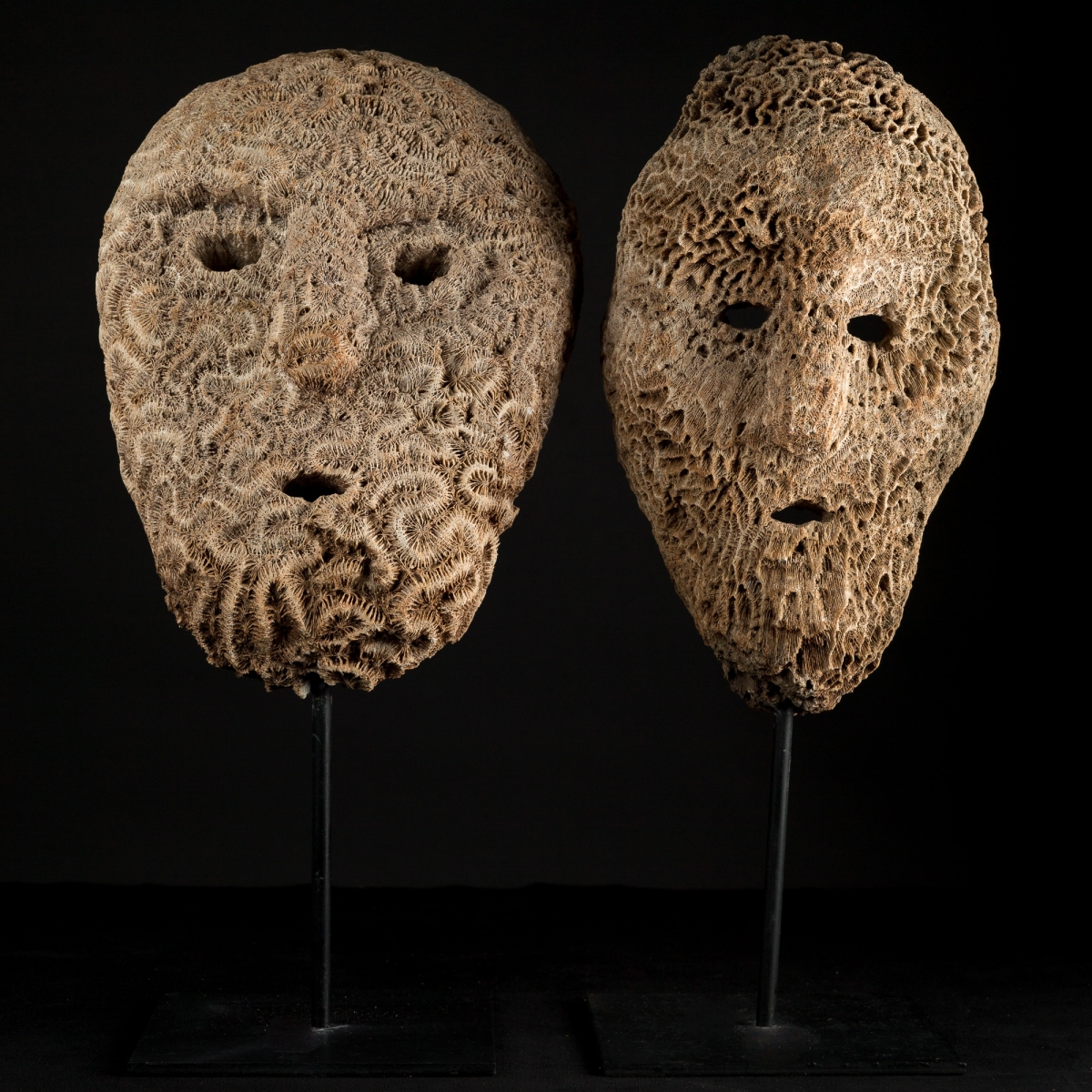 Two masks fashioned from fossilized coral. These were placed over the face of the deceased during funerary ceremonies.

East Timor, Atoni culture. The Atonis people were not fishermen, they lived inland in once circular homes. This culture is known for its spatial symbolism, its ancestral worship and its veneration of sacred mountains. In Timor, each cardinal direction is associated with a gender. A revered God worshiped by this culture is named ‘woman man’, being a man but occupying feminine functions. The Atonis have two chiefs, a mystic in charge of rituals and maintaining the domestic order with a feminine image and a secular leader responsible for the organisation of space and politics. Head hunters wore earrings symbolizing the vulva of a woman and women wore the trappings of the warriors upon their return in order to re-balance cosmic energies. The Atonis people spoke a language which varied from one valley to another and first had access to a Bible translated in their native language in the year 200.