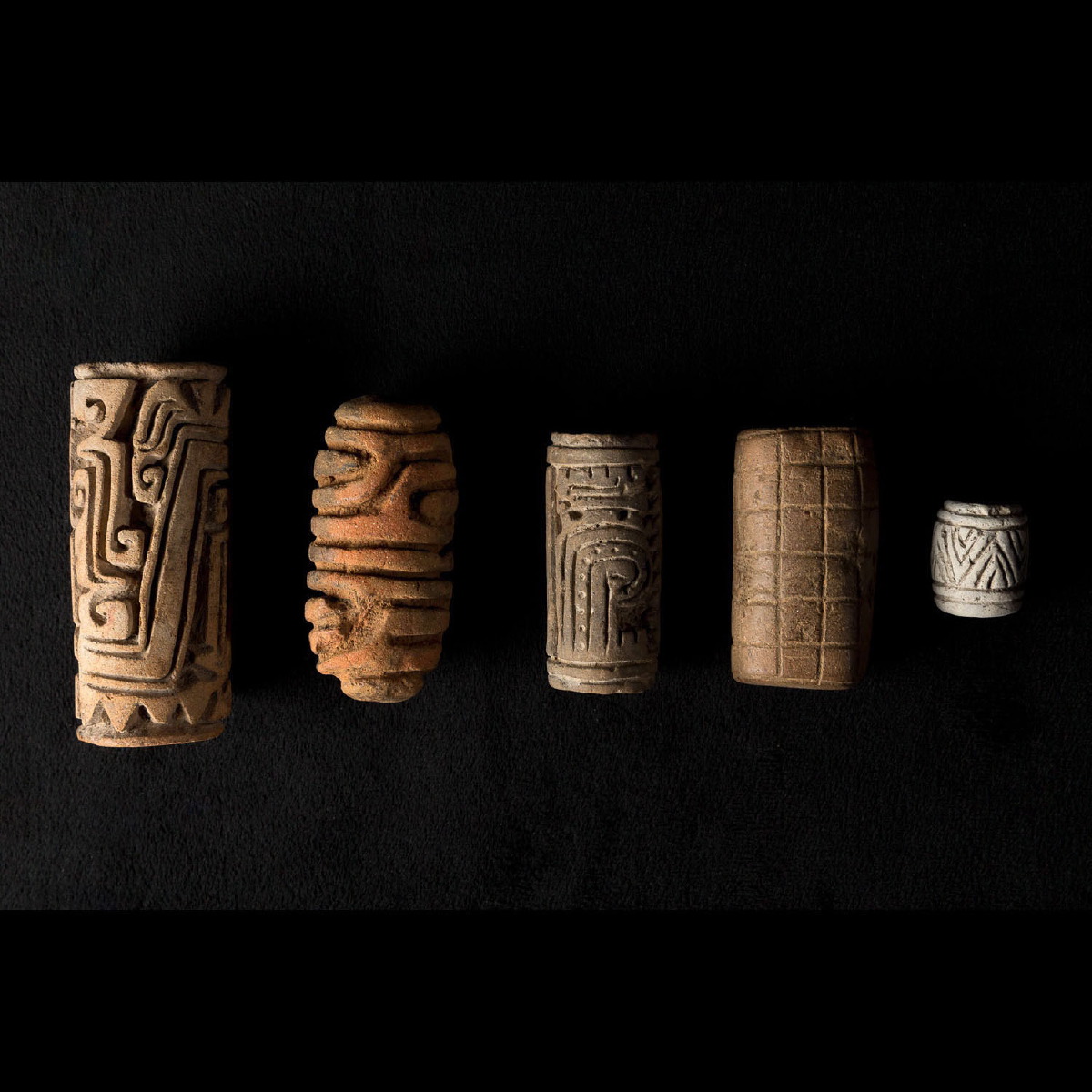 Set of five cylindrically shaped seals, three are engraved with banners, glyphs or spirals and two with a grid and herringbone design. They are all moulded in an orange beige terracotta.

Each one of these seals has a different carved motif. They were used to tattoo the body during ritual ceremonies. Each design refers to a specific symbolism to correspond to a precise message that would be sent to the gods. It seems they were also used as talismans against certain illnesses, as they were supposed to have curative virtues. Applied on the human body to treat the soul as well as the body, they were supposed to attract the positive energies on the skin.