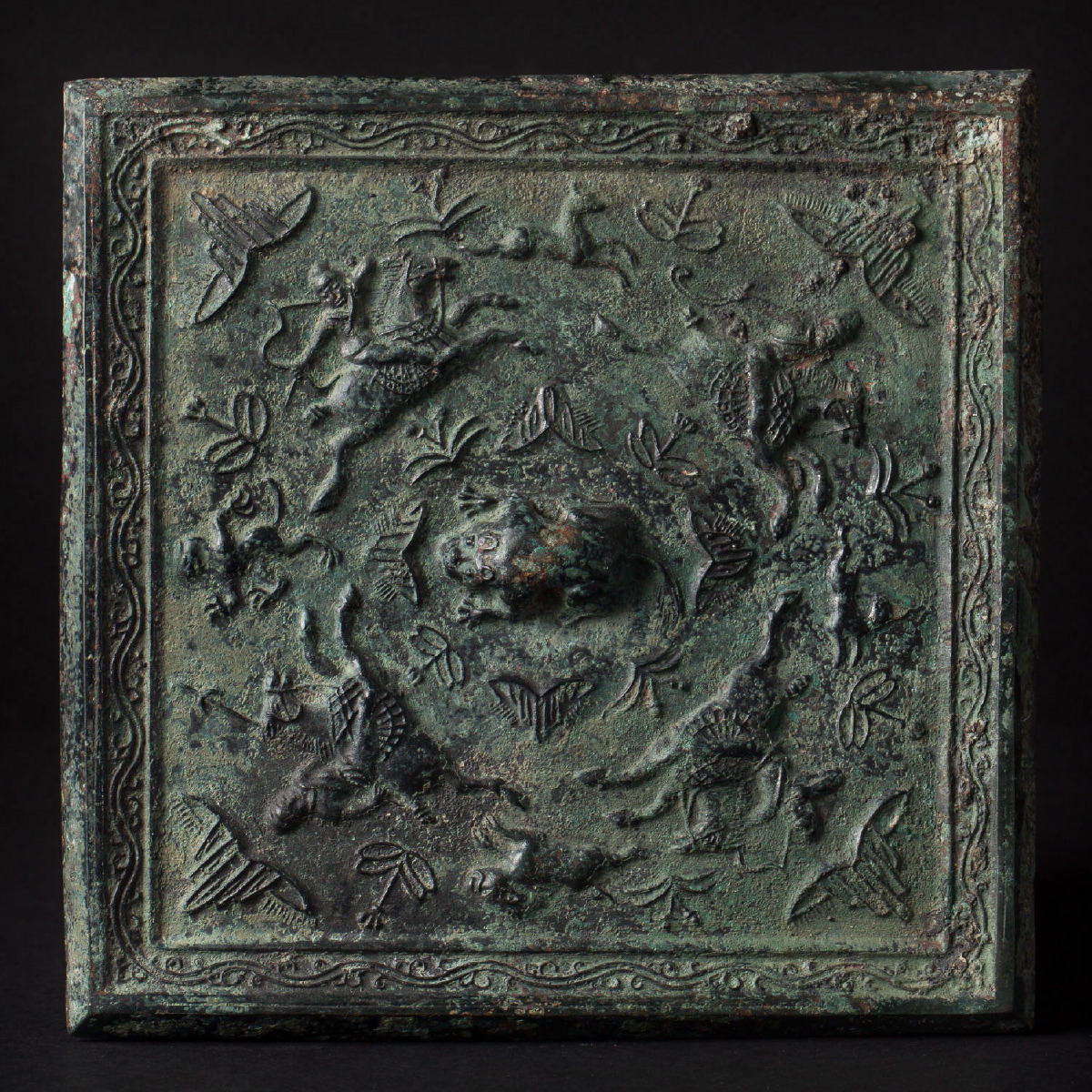 Square bronze mirror, a form that appears mainly under the Tang dynasty, its centre decorated with a phantasmagorical half-rat half-frog creature. The hole moulded into its centre served as a gripping element for a silk to be strung through. A hunting scene is depicted in each corner, showing horsemen chasing a wild boar, monkey, deer and goat. These men are holding either a whip, a spear or a bow in their hand. The horses are caparisoned. Scattered along the bottom is a depiction of a millefiori of butterflies, a common theme in the rituals and poetry of the Tang dynasty. Very fine oxidation of the bronze with traces of cuprite.

The shiny surface of Chinese bronze mirrors is obtained thanks to the composition of the bronze and choice in the method of its polishing. Since the Warring States, Chinese people knew that they could achieve a silver effect by upping the tin content in the bronze to over 20 or even 30%.  Mercury would help finish the polishing, then it was frequently mixed with powdered tin, to achieve a bright silver finish. This had to be done every year or so to maintain a lively shine.

Interesting to note that the original character for minor in chinese "jian" shows a man bending over a bassin to see himself. Mirrors were considered as important ritual objects that the emperor would gift to his ministries and officers.