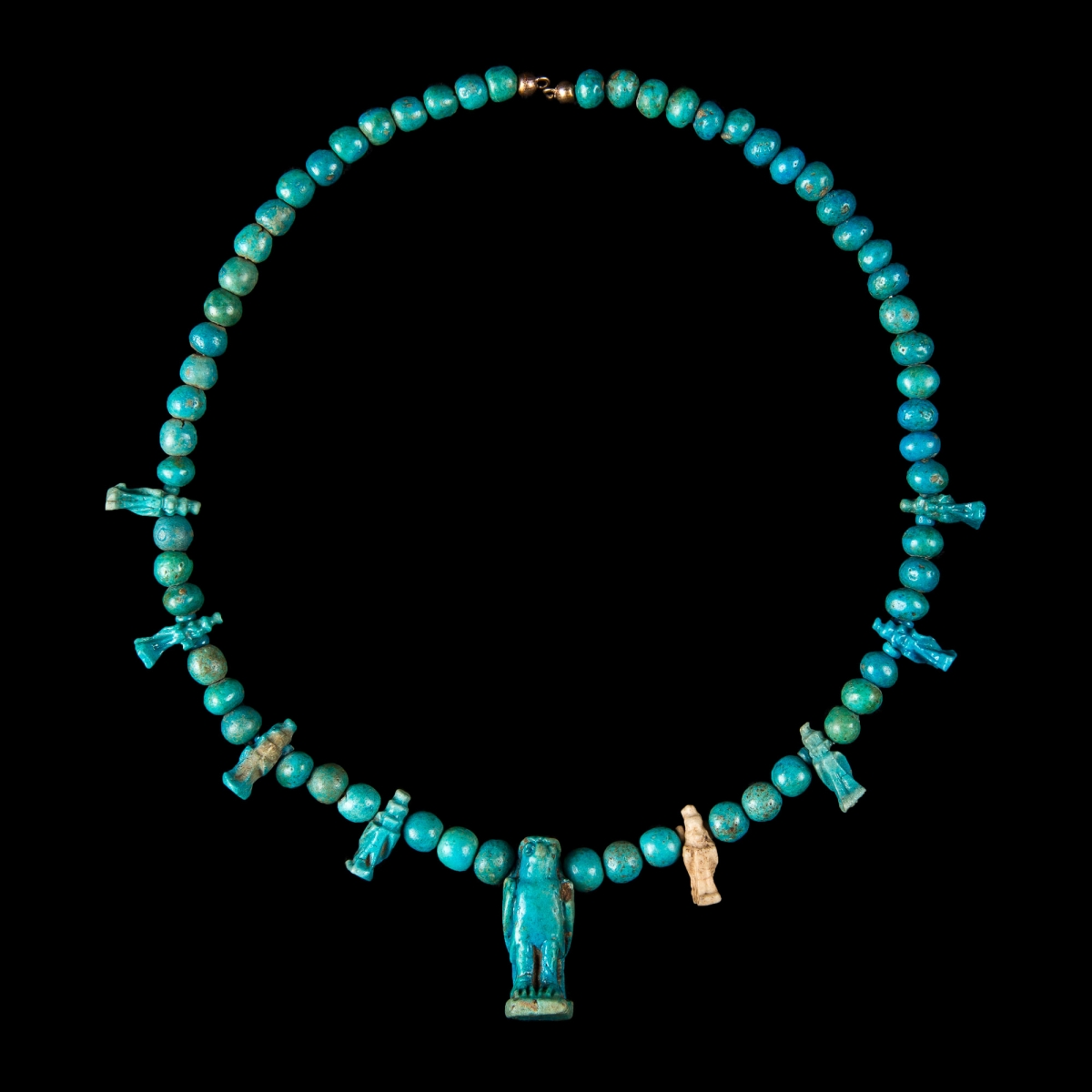 Necklace with 9 faience hawk amulets, 8 blue, 1 yellow strung with 60 blue faience ball beads. In the center Horus (hawk god).Excellent state of preservation, some small scratches and a small part missing at the base of the big Horus. However perfectly wearable and not fragile. It has been restrung after the date of the photo and is now adorned with a Gold hook 18 kt

This necklace is from Mr and Mrs Goddard Dubois antiquities collection which was acquired during their extensive travels in Egypt in the early 20Th century. The Dubois jewellery collection was loaned to the Metropolitan Museum of Art, New-York to open the Jewel Room in 1919. The collection was exhibited from 1920 until approximately 1935. The necklace were transferred to the Boston Museum of Art and exhibited approximately from 1945-1965. The entire Dubois’s collection was on loan and exhibited at the Museum of Man in California for six months in 1968. The museums are well aware of the Dubois collection and still retain some pieces that may still be on exhibit today. Goddard & Josephine Dubois developed a passion for ancient artifacts during their time in Egypt and became experts at assessing ancient Egyptian art. In Josephine's letters, she mentions that they routinely took their finds to the well known Egyptologists of the day for their added approval. Josephine was particularly proud of her collection of necklaces: some were original arrangements, others she created to match similar examples at the Cairo Museum and some were arranged "with the purpose of producing the most harmonious & effective combinations of form and color with pleasing results" as explained in the 1920 Metropolitan Museum Bulletin of loans commemorating the 50th Anniversary Exhibition. We are in possess of many documents, written letters from directors of museums, press articles, photos of inventories. It is very rare to have in hand such a nice quantity of documents.