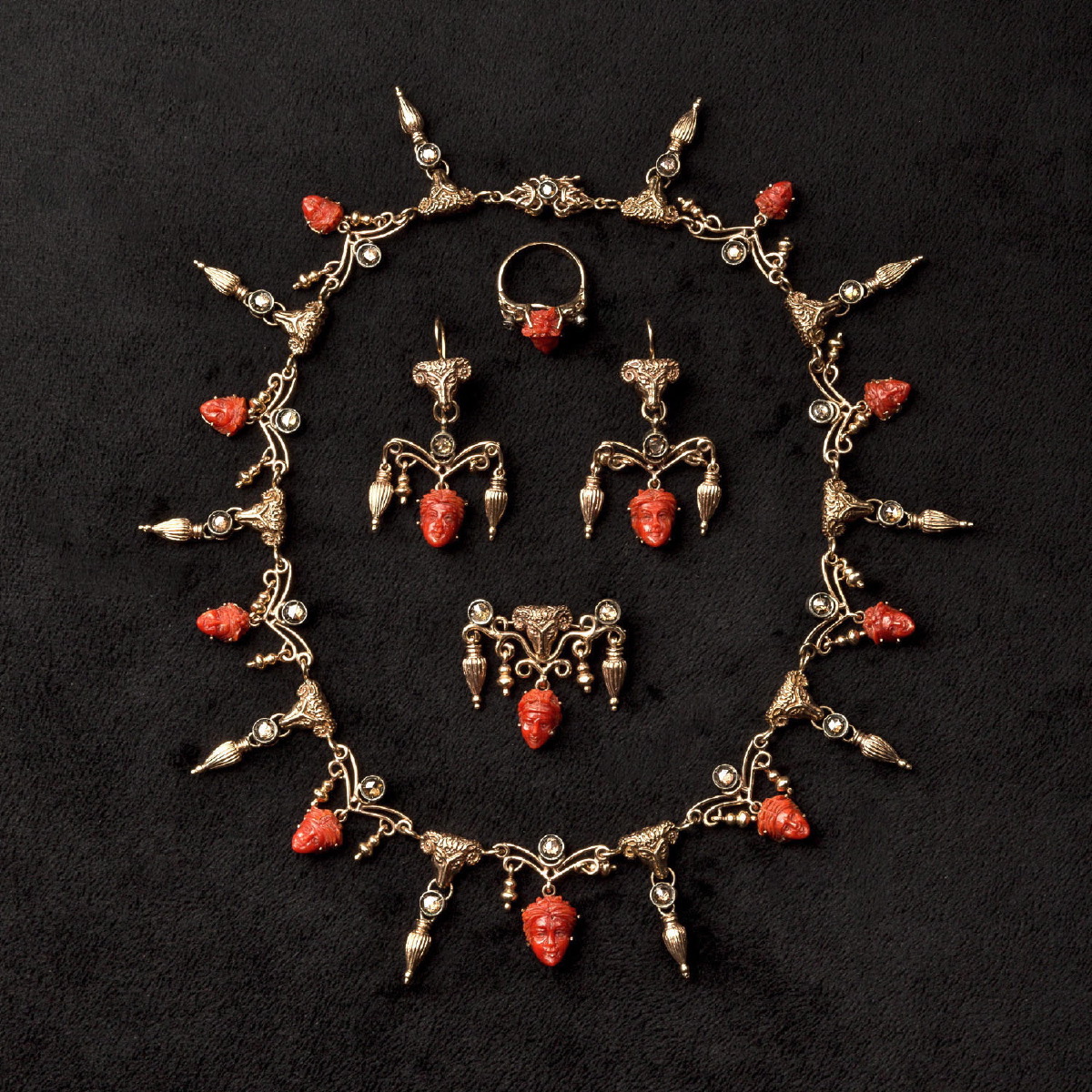 Set of four pieces in 14 carat gold, featuring rams' heads and diamonds set in silver, holding a series of jars of chiseled yellow gold and women's heads in carved coral. This set consists of a necklace, earrings, ring and brooch.

Red coral has been known in the Mediterranean since High Antiquity, and was also linked to the myth of Medusa, as coral was said to be her petrified blood. For a very long time coral was thought to work as a lucky charm against bad luck and the devil. For this reason, little Roman children wore it, often as an amulet around the neck. The greatest centres of coral fishing were originally situated in North Africa, also becoming an Italian speciality from 1418 onwards, the date of the discovery of the deposit of Trapani, in Sicily. Italian coral was often worked by Jewish artisans from the Levant who were renowned for their excellent skills. From then on, large quantities of Italian coral were sent off towards India and China, where it was used to make prayer bears, or buttons, which must have been used as the finishing touches to outfits of rare elegance. This complete parure consists of a pair of earrings, a brooch and a ring as well as a necklace with thirteen very finely worked female heads of decreasing size, attached by rings ornamented by rose-cut diamonds alternating to rams heads. The ensemble is mounted in the antique style so beloved by the people of fashion of the 19th century.